Paul, a retired and bone-weary racing greyhound, recently discovered it’s never too late to be happy.

Spotting the dog’s forlorn face in an animal shelter, Elizabeth and Holden decided to open the door to peace and happiness for Paul by adopting him. The couple learned that the old greyhound had known nothing in life but isolation, fear, and racing. 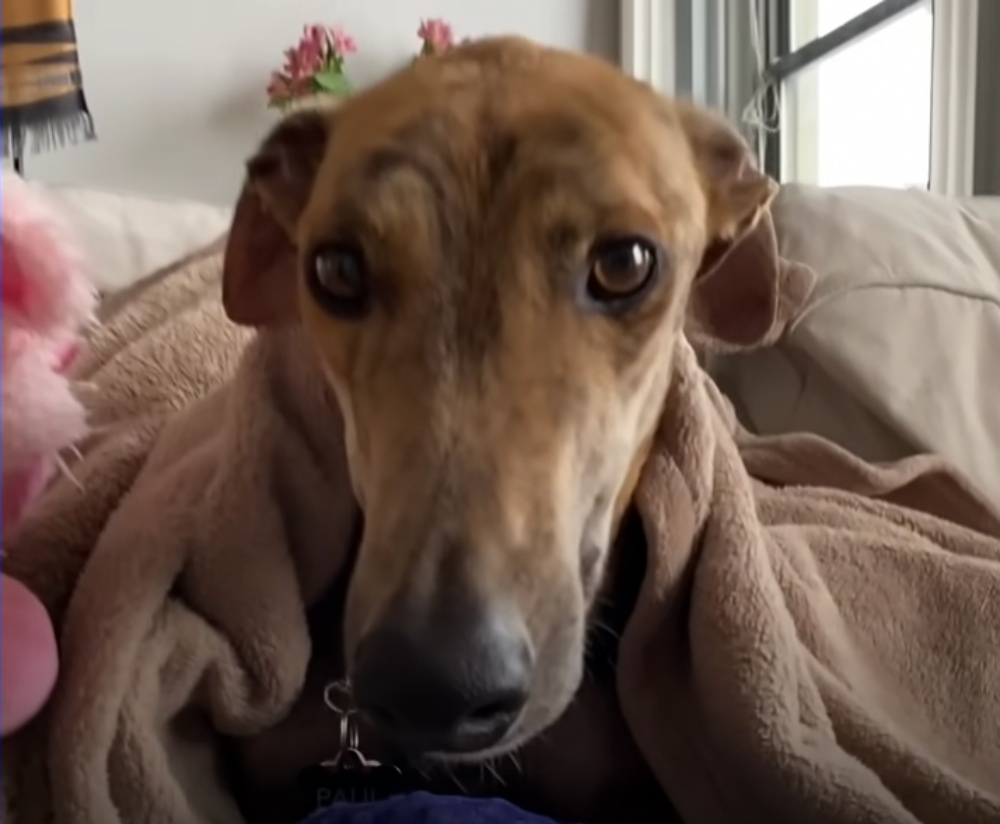 Yes, like thousands and thousands of greyhounds before him, Paul was reared simply to race. This dog sport began in California in 1919 and later spread to other states, like Florida, Arkansas, West Virginia, and Texas.

Many people are under the impression that greyhounds bred for racing receive special treatment. However, according to the Humane Society of the United States, racing greyhounds suffer from harsh living conditions like being kept in small kennels where they can hardly move. They are also confined to their cages 23 hours a day and are not well fed so breeders can cut costs.

Another sad reality is that those dogs with birth defects get discarded by breeders like garbage. As these breeders strive to produce the “perfect” racing greyhound, it also results in their over-population and more innocent deaths.

What about the losers? Particularly those greyhounds that sustain broken bones due to the grueling race? Euthanasia is what awaits them. 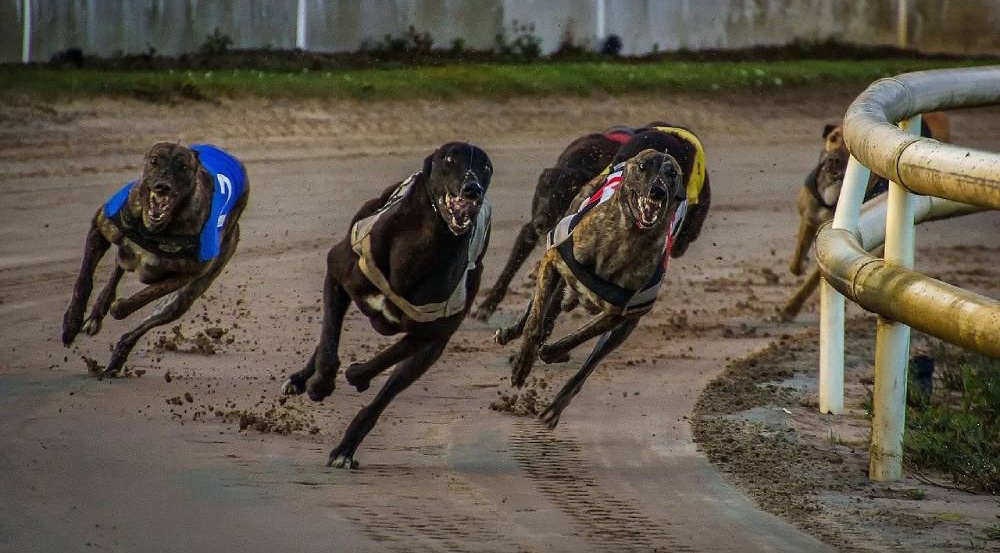 But there are some greyhounds that don’t even make it to the point of being put down. Some die right on the race tracks due to broken necks or smashed skulls.

In Florida, this dog sport was such a booming industry that it even attracted the Mafia, according to National Geographic. Greyhounds were drugged, races were fixed, yet nothing could deflate the wicked passion and cruelty. 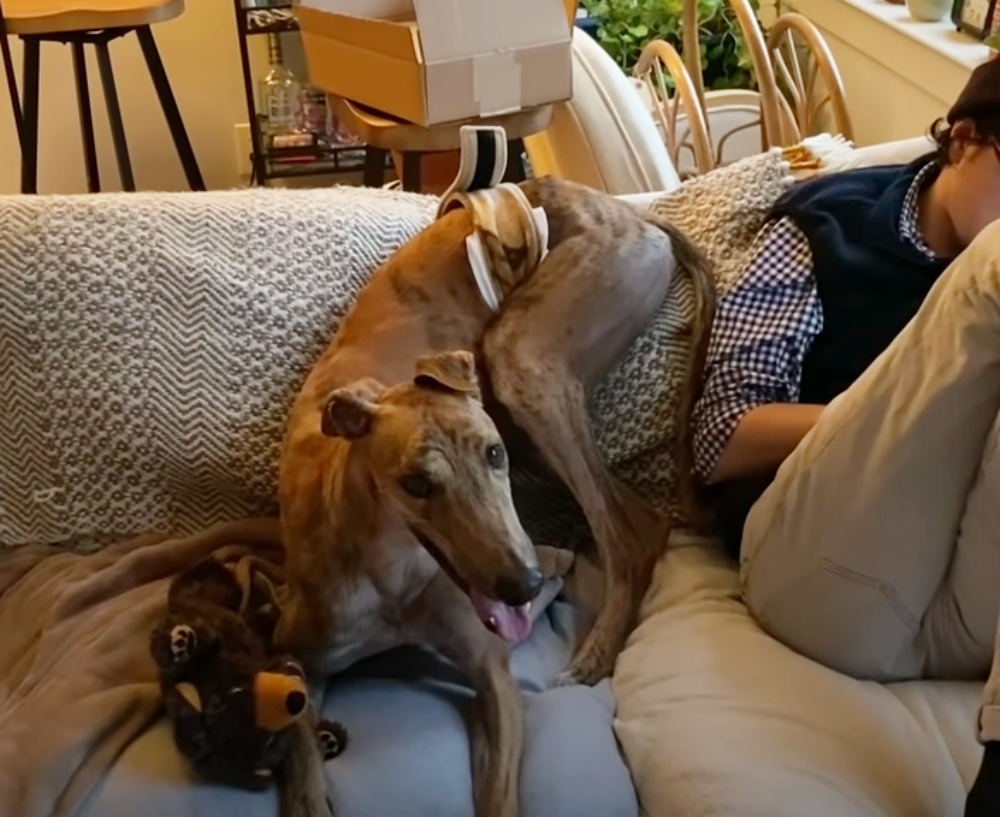 But, changes began to happen in the 21st century. The painstaking endeavors of many organizations significantly helped in raising society’s awareness about this brutal dog sport.

Florida’s citizens made history by taking a stand against commercial greyhound racing in 2018.

Elizabeth and Holden are among the good-hearted people who have opened their hearts to those greyhounds who have been slaved for racing. Paul, naive and long-suffering, became a benefactor of a home that is full of warmth and love. 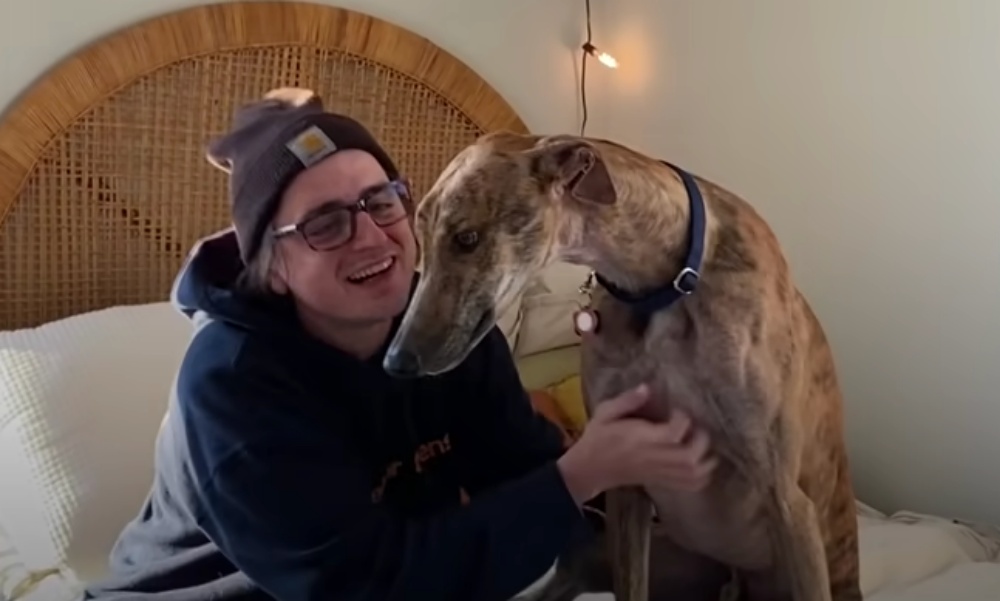 “The biggest thing was just taking the time to be patient with him,” said Holden. In the early days of his adoption, Paul had been scared of his new surroundings, noises, new smells, and even the staircase. But now he loves taking walks, playing with toys, cuddling, and snuggling.

“I think he’s making up for lost time where he wasn’t getting any of that,” said Elizabeth, “So now he’s like, ‘I deserve a lot of this.'”