22-year-old Chance Patterson and his two dogs, a German Shepherd named Carlitos and a Pit bull named Izzy, were driving on a mountainous part of Interstate 70 in East Vail, Colorado, on a Saturday night after a long day.

Patterson had just finished a double shift at a restaurant and picked his two pups up at doggie day care, where they had spent the day. He was looking forward to getting home to finally relax, but he had no idea that the events that were about to take place would be the worst of his life. 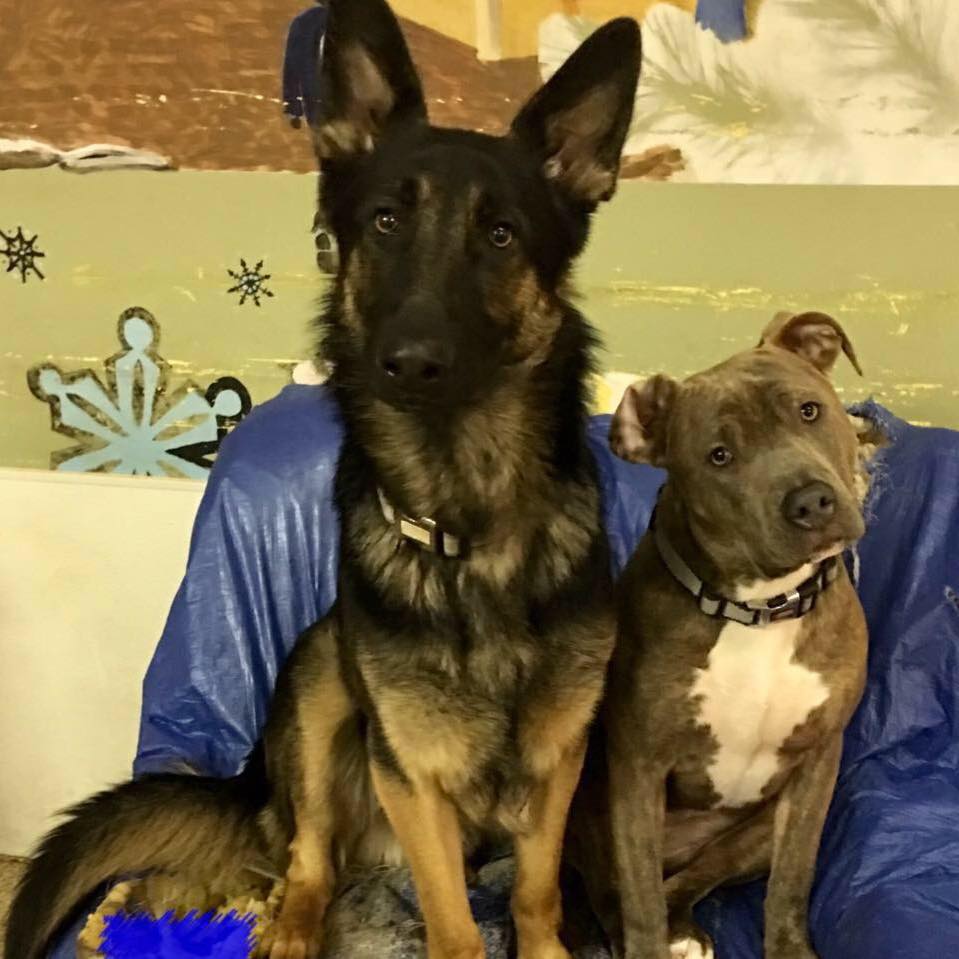 Out of nowhere, Patterson’s car was hit by a drunken driver. A truck driver, who had witnessed the accident, pulled over to help. He walked up to the car, which was completely totaled, and saw Patterson lying there, drifting in and out of consciousness.

Despite his horrible condition, the first words he muttered to the truck driver were, “Are my dogs OK?” Sadly, his German Shepherd had died on impact, but his Pit bull, Izzy, was nowhere to be found. 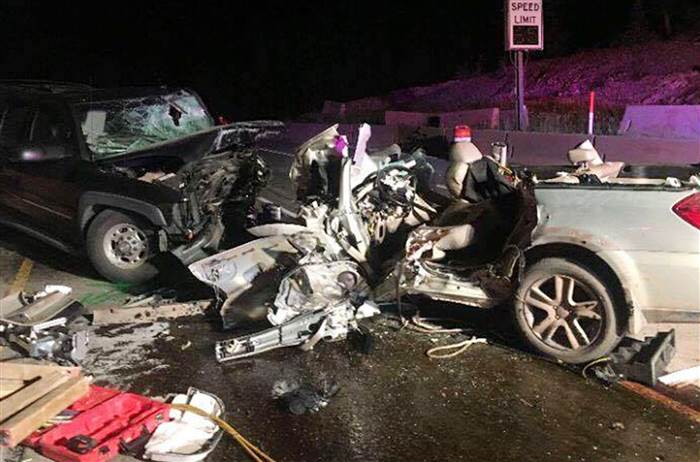 After rescuers cut Patterson out of the car, he was rushed to the hospital. He was in very bad shape with a broken leg, ribs and elbow, as well as a lacerated lung. While Patterson was receiving treatment, he was still worried about Izzy.

Luckily, the community banded together to search for her. She had been seen several times near the site of the accident, but no one was able to get ahold of her. Five days after the accident, local cyclists told the search party where she might be. 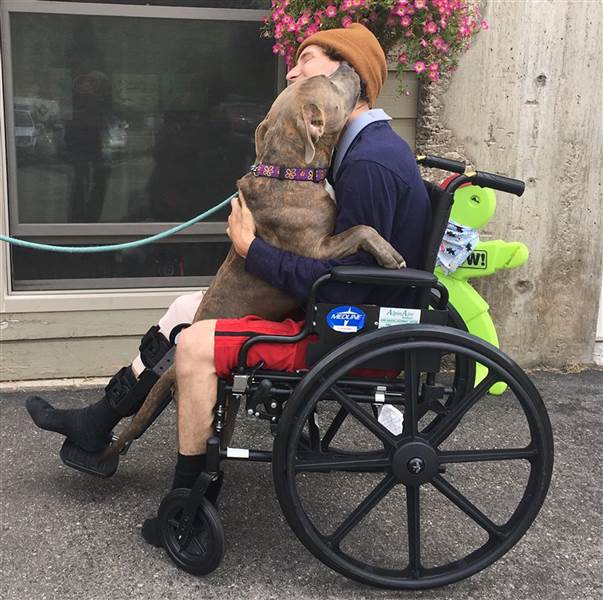 Since Izzy kept running to hide every time someone came near her, the search party thought it would be a good idea if a familiar face tried to get Izzy instead. That’s when an employee from Vail Doggie Day Spa, the daycare that the dogs had stayed at before the accident, came to help. Their plan worked! As soon as Izzy saw the employee, she went right up to her and began wagging her tail. Thankfully, Izzy managed to escape the accident with only a sprained toe.

Once they got ahold of her, they called Patterson to let him know that Izzy was now safe. He was ecstatic and immediately began crying. He feared the worst and thought he lost both of his dogs. Sadly, he did lose one, and while that pain will be felt forever, at least he still has one of his best friends. 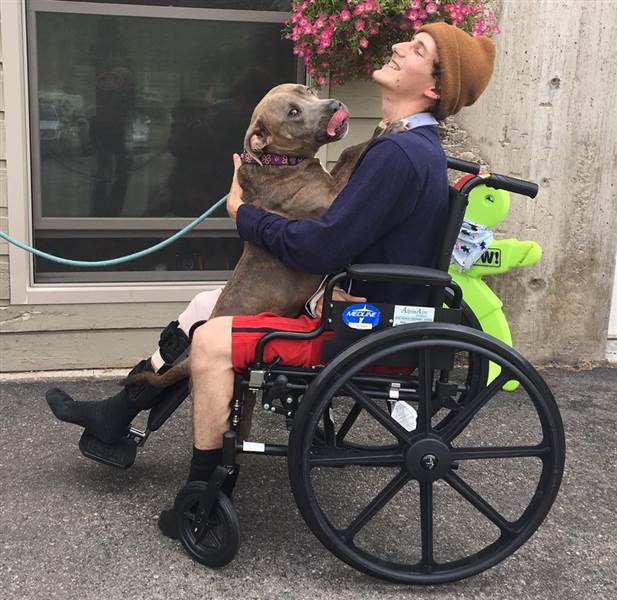 Patterson was discharged from the hospital after a week, and soon after reunited with Izzy. Izzy was just as happy to see Patterson as he was to see her. She jumped all over Patterson as he sat in his wheelchair, wagging her tail and smothering him with kisses.

Patterson has a long road to recovery ahead of him, but thankfully he’ll have his furry best friend by his side!

Patterson hopes his story can make someone else think twice before driving while under the influence. Don’t drink and drive!