This Cat Is Too Curious For Its Own Good, But His German Shepherd Plays Along

Cats can be tough companions sometimes, waking you up an hour early, getting into strange places and getting stuck, and just generally being full of mischief.

Pancake the cat is no different, but his playtime friend, a German Shepherd, sure does take it in stride! 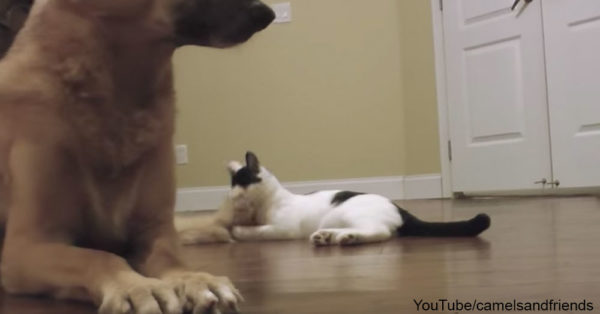 German Shepherds are undoubtedly not toys, but when you’ve got a cat that’s too curious for its own good, a dog has no choice but to play along.

Watch how patient he can be in the video below!