A young boy in Afghanistan has just shown the world what kindness and compassion truly means.

Though he makes a meager living collecting rags and metal on the streets, recycling them for a few rupees a day, he still felt rich enough to share his earnings.

A video of the young Pashtun boy posted to Twitter explains how he bought milk for a stray kitten, rather than spend the 20 Rs on lunch for himself. 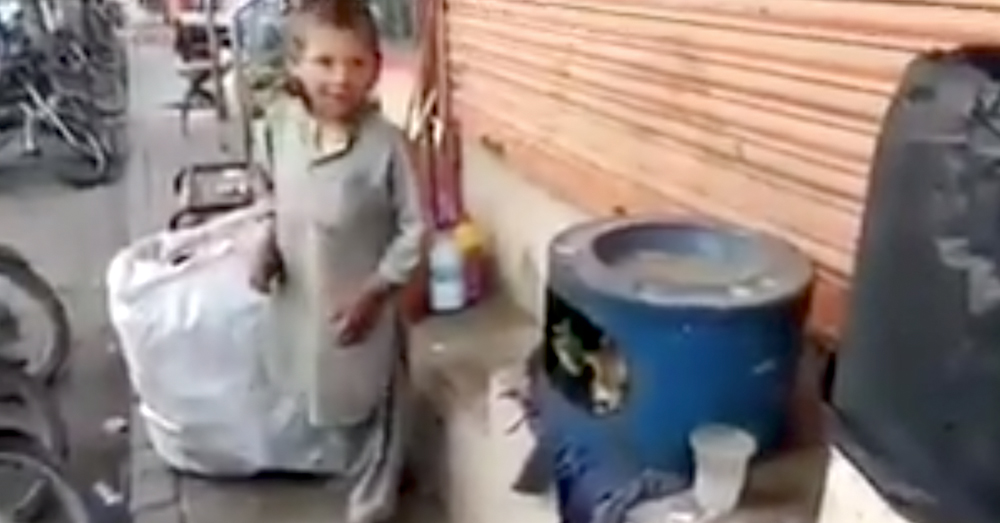 Source: Twitter/@Shahid_Pashteen
This young boy collects rags and metal scrap for a living. He makes about 30 cents a day.

“Meet My Hero, a little poor #Pashtun boy who earns his living through collecting trashed paper & metal, he bought milk for this little kitten instead of buying a lunch for himself. This boy is mightier than millions of other Humans #Respect #Salute,” tweeted Shahid_Pashteen. 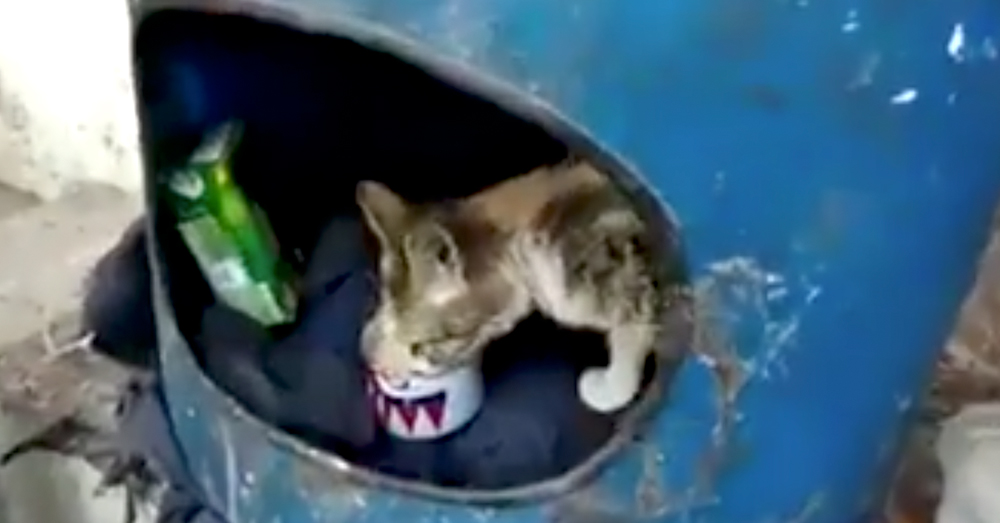 Source: Twitter/@Shahid_Pashteen
The young boy spent his day’s wages on milk for a kitten to eat.

The Twittersphere soon erupted with reactions to this random act of generosity. Several called for the local government to help the young boy get enrolled in school, while many others praised his kindheartedness as nothing short of heroic.

Hats off to little boy who showed his eternal love for a cat after all 20rs is bigger amount for this kid but never thought twice of himself if humans learn something from this then no need of war in this beautifull world god gifted to HUMANS pic.twitter.com/AylUSXn80L

Heart of gold has no desire for gold.....

Judging by the boy’s smile, the gesture was paid back in full. 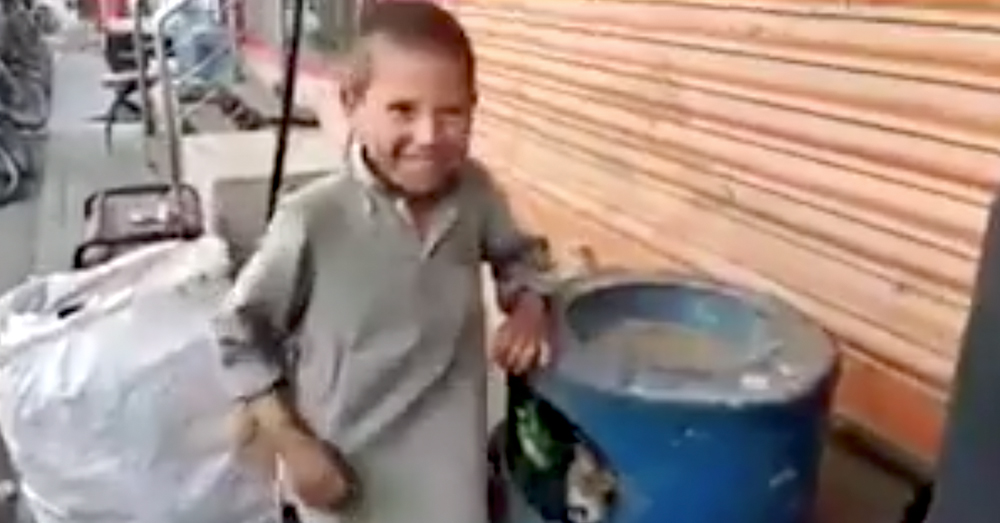 Source: Twitter/@Shahid_Pashteen
He was happy to have helped the little kitten.

Meet My Hero, a little poor #Pashtun boy who earns his living through collecting trashed paper & metal, he bought milk for this little kitten instead of buying a lunch for himself❤️This boy is mightier than millions of other Humans🥰💐👏❤️ #Respect #Salute pic.twitter.com/abGaJ3CqMW