Guinea pigs Custard and Pablo, who reside with their human in Australia, squared off in a parsley eating race and the adorable moment was all caught on film. 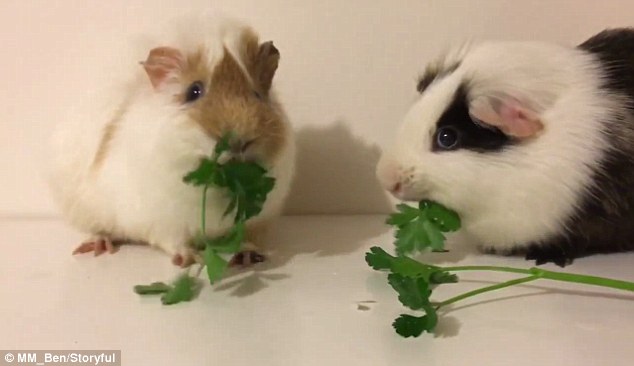 Custard, the white and ginger guinea pig, took an early lead over Pablo, the black and white one. During the race, their human gives a hilarious play-by-place of the whole thing. 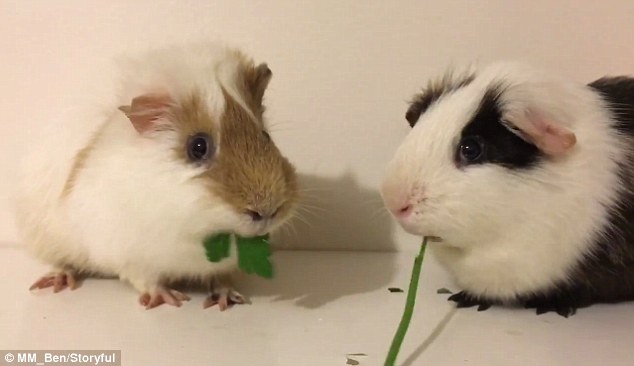 It looks like Custard would be the clear winner from the start, until Pablo began catching up and chomping faster. But his parsley stalk broke into two pieces which slowed down his mojo. Custard managed to finish the rest of his leaves before Pablo finished his stalk, but it was a very close race in the end! After Custard finished, he even tried to eat some of Pablo’s remaining stalk while it was still in his mouth! These two are so cute! 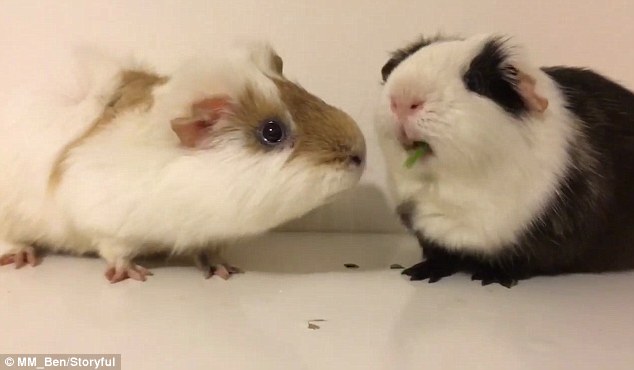 Watch their amazing race in the video below: