Parker Doesn’t Have Long To Live, So His New Friends Are Helping Him ‘Live The High Life’

The year Parker turned 4 years old, he was abandoned by his human and diagnosed with terminal cancer.

He didn’t have long to live, and perhaps even less to live for. But he deserved to be loved, and that’s just what Helping Hands for Animals is making him feel. The group made Parker a bucket list of things to enjoy while he still has the chance, like his favorite foods, toys, and comforts.

Now lodged at the S&B Kountry Kennel, in Glenwood, California, people are bringing Parker steak, ice cream, chew toys, even a new bed. Parker loves it all, and he’s gracious for the outpouring of support. 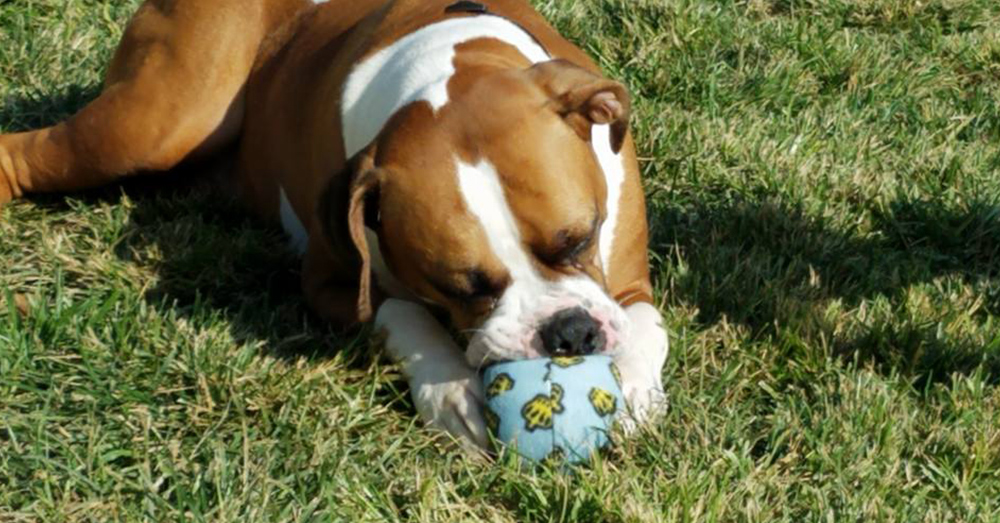 Source: Facebook/S&B Kountry Kennel
Parker was abandoned after being diagnosed with cancer.

“All these people are coming together,” Rose Coco, founder and president of the rescue group, told the Omaha World-Herald. 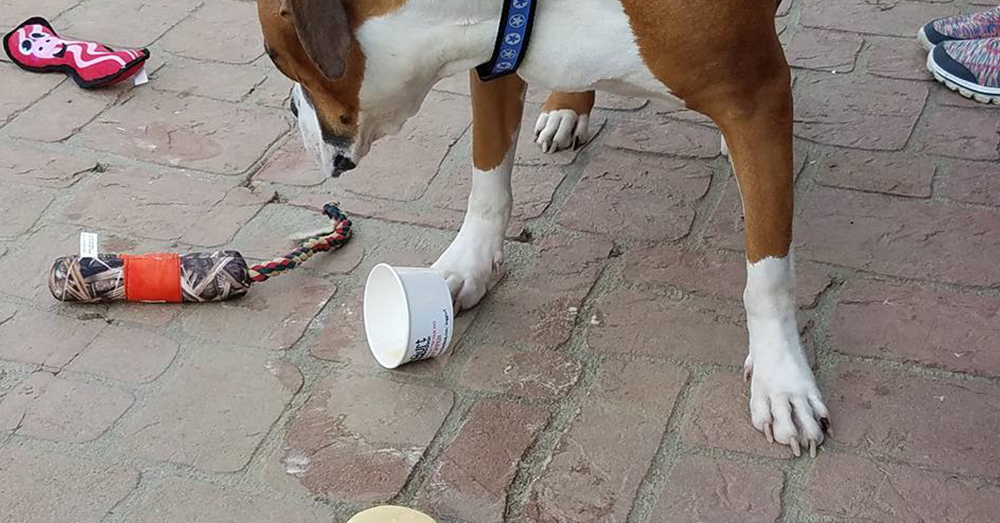 Parker wasn’t meant to be living at S&B for so long. After rescuing him a few years ago from a Kansas City shelter where he was scheduled for euthanasia, Helping Hands for Animals found an interested adoptive parent who planned on taking him home. After Parker was diagnosed with cancer, they never showed up. 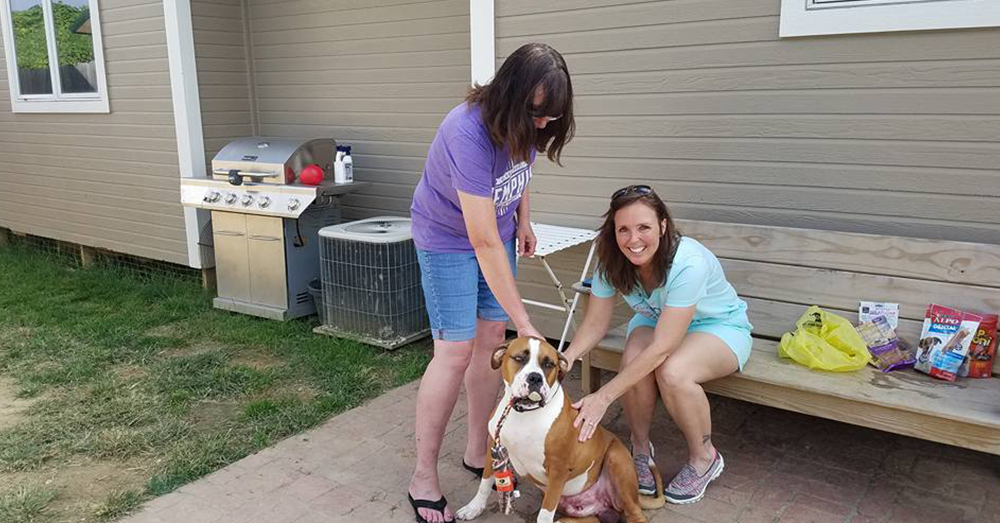 Source: Facebook/S&B Kountry Kennel
Parker is getting through a lot of items on his bucket list!

The following few weeks have been titled “Parker’s Dance,” a special way of expressing just how wonderful this dog is, and the joy he deserves. Parker’s cancer is getting more aggressive by the day, but he still has the energy to run and play and, of course, chase a few balls around. 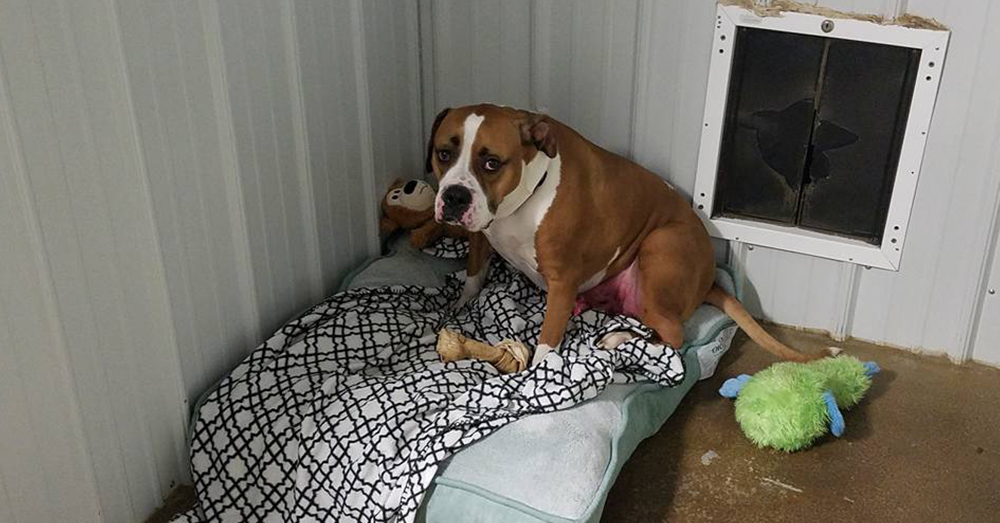 One woman brought her children to Parker’s kennel to read to him. And other community members are making sure he feels unconditionally loved while he is still here.

Items are being crossed off Parker’s bucket list every day, but there’s one thing he will never get enough of: cuddles. 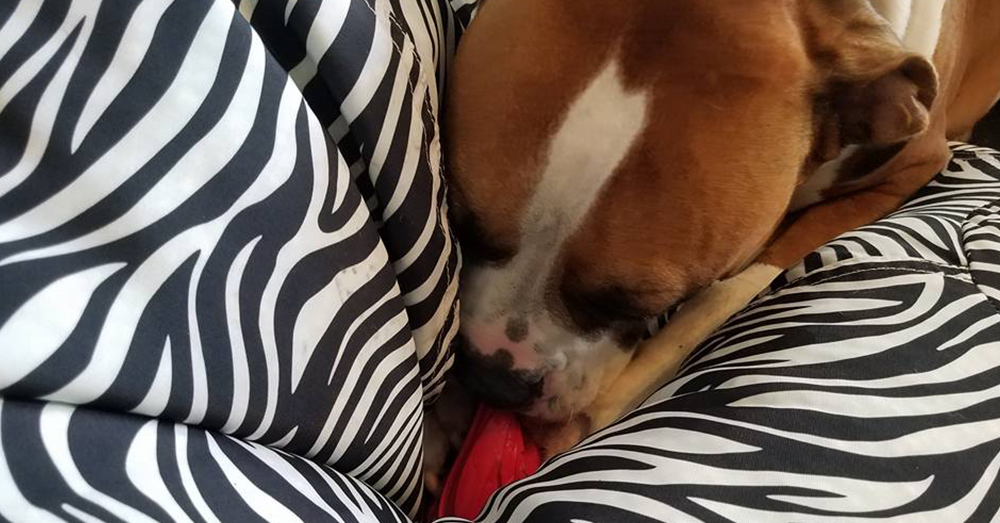 Source: Facebook/S&B Kountry Kennel
The final few weeks of “Parker’s Dance” are being filled with love and treats.

“The best part is Parker doesn’t know he’s dying,” said Jamie Brand, a technician at the Benson Animal Clinic who diagnosed Parker with cancer. “And he’s living the high life.”