Wildfires in Australia near Adelaide Hills have burned 25,000 hectares (roughly 62,000 acres) of land, destroying vital koala habitat. Thousands of koalas have perished from severe burns, while others are homeless, starving, and in desperate need of water.

Recently, the temperatures have been over 40 degrees Celsius (104 degrees Fahrenheit), making water even more of a necessity. Surviving koalas are venturing out to find water and are not afraid to ask for help from humans. 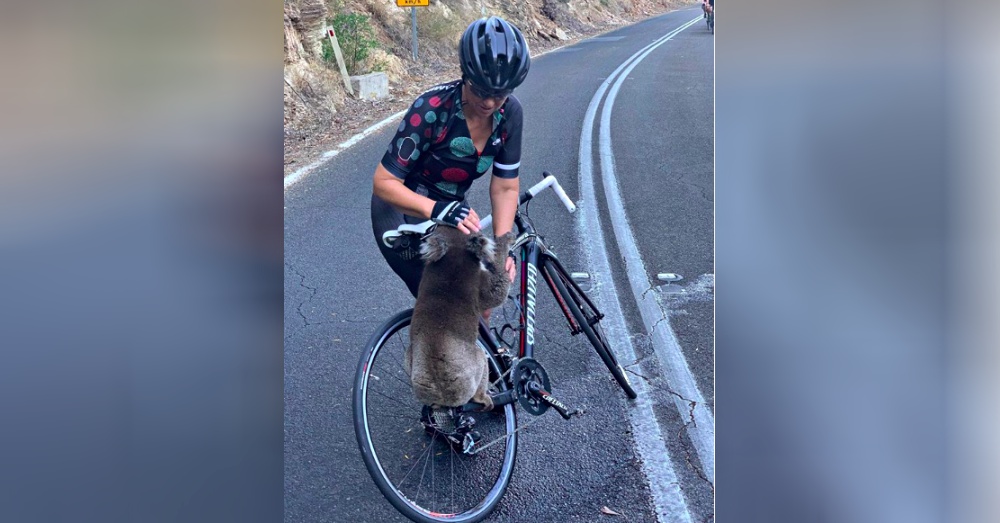 Anna Heusler, a passionate cyclist from Adelaide, South Australia, was stopped in her tracks during a recent ride. Anna was riding with a group of other cyclists when they spotted a koala in the middle of the road. As soon as Anna stopped her bike, the koala came running over to her.

“We were descending from Norton Summit Road back into the city early this morning and we came around a bend and there was a koala sitting in the middle of the road.” She told 7News. “Naturally, we stopped because we were going to help relocate him off the road.” 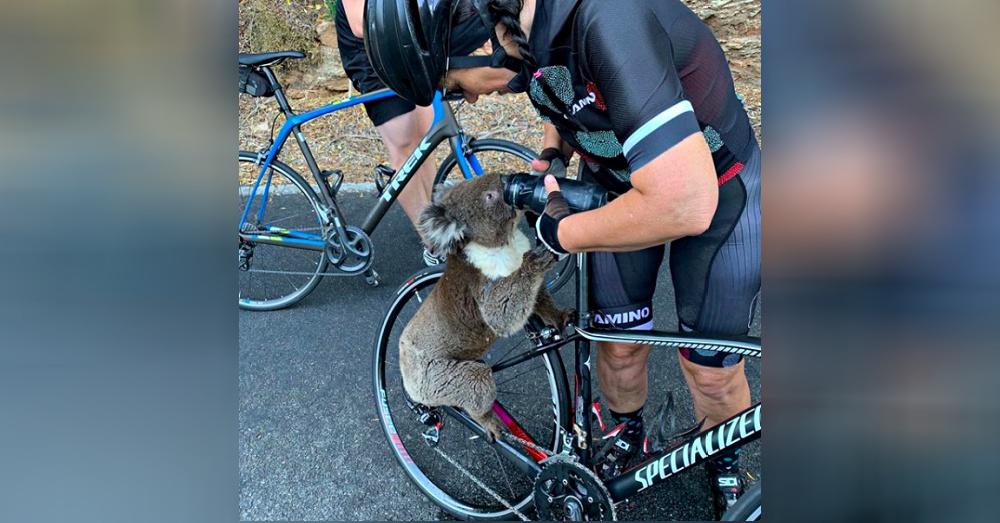 It was a hot day and she immediately offered the koala a drink from her water bottle. The bear climbed up on her bike and gulped down the cool water. Once she ran out of water, she asked her fellow cyclists for their bottles.

She posted a photo of the incident on her Instagram page with the caption, “This Koala walked right up to me as I was descending and climbed up onto my bike while I gave him water. BEST THING TO HAPPEN TO ME ON A RIDE EVER.” 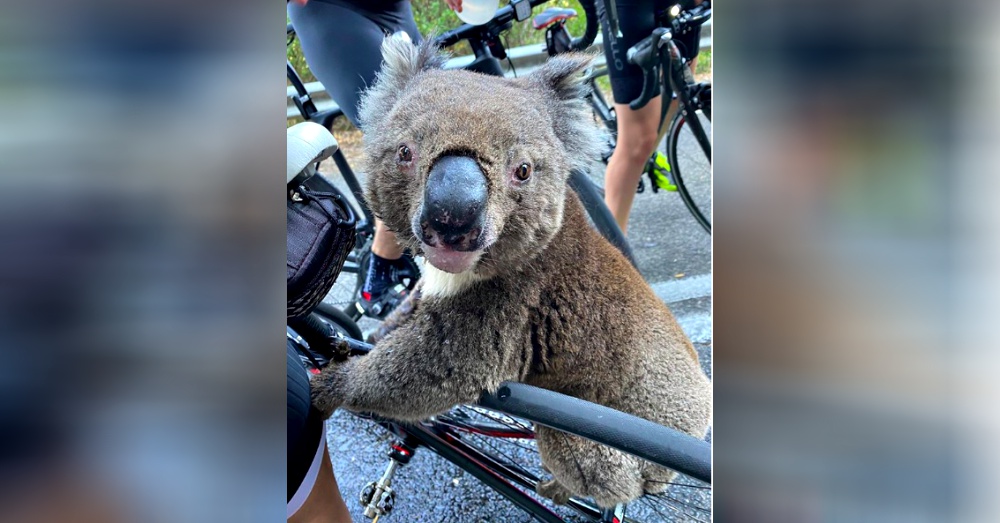 “We’ve seen literally hundreds of koalas over the years, we have never seen a koala do this,” she said.

As the bear seemed unharmed by the surrounding bushfires, the group helped him into nearby trees before continuing on their journey. 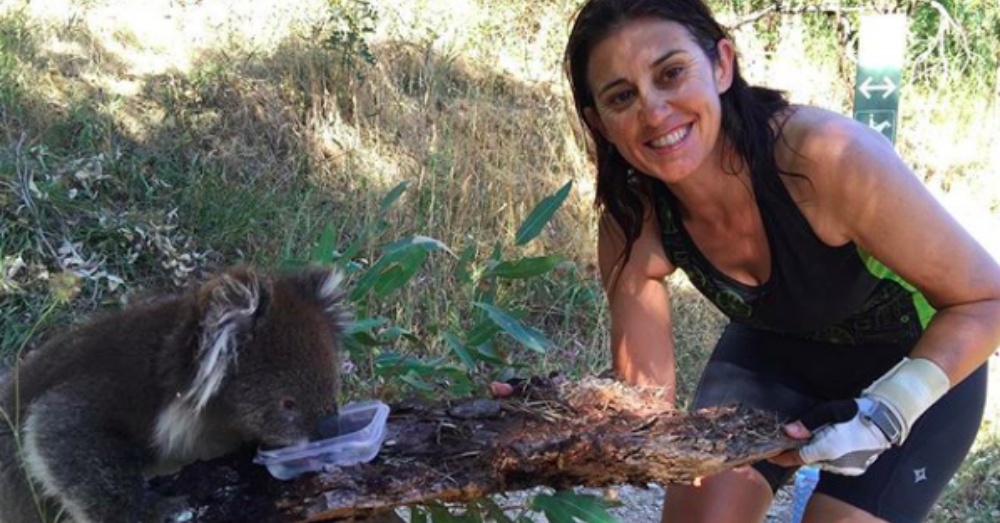 However, this was not the first koala that Anna helped. Earlier this month, she posted a picture of her helping another koala and said, “Gotta look after our wildlife 🐨 while riding 🚴‍♀️ on these 40+ degrees Celsius days Down Under. Our cute Koala Bears are grateful for a drink of water in this heat.”

With no end to the hot days in sight, local rescues are asking people to put out water for birds and other wildlife.

Watch Anna help the thirsty koala in the video below and don’t forget to share!

Australian Wildfires Have Driven Koalas ‘Functionally Extinct’: Click “Next” below!