When Frankie first arrived at the animal shelter, the gray-and-white cat had been shot in the back and partially paralyzed. According to KCRA, X-rays revealed bullet fragments lodged in the animal’s spine, and this critical injury left the cat unable to use her hind legs.

But even despite her injuries, which likely caused her significant pain, Frankie always remained a model patient. “Coming to the shelter, you see a lot of cases, and Frankie was definitely one of the special ones,” said vet technician Lynda Duarte. “I remember her first week here, and just falling in love with her.” 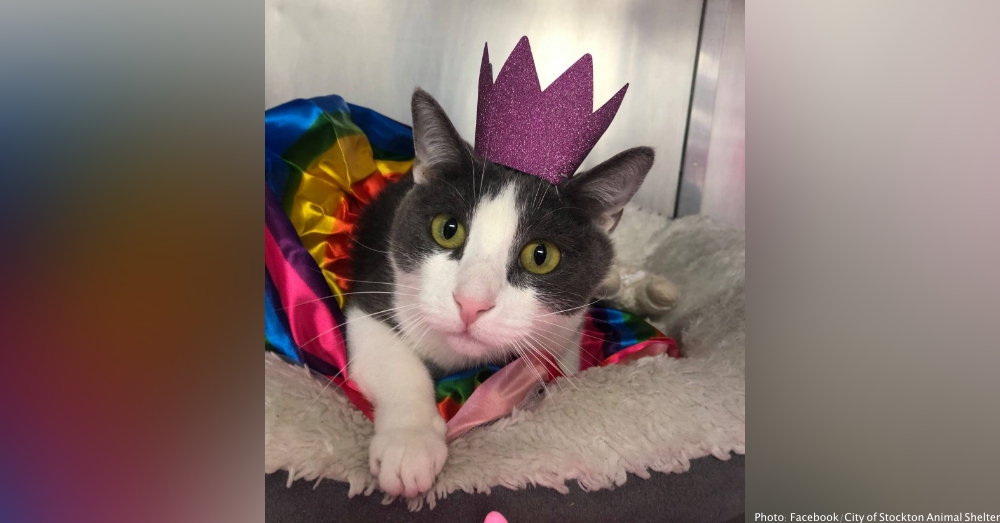 Shelter staff swooned over the feline’s sweet nature while Frankie recovered at the City of Stockton Animal Shelter, where Frankie went to recover after her surgery. “Through it all, Frankie has remained patient and is one of the MOST loving and affectionate cats we’ve ever met,” shelter workers wrote on Facebook, “getting along with both dogs and cats, she’s truly a special girl!” 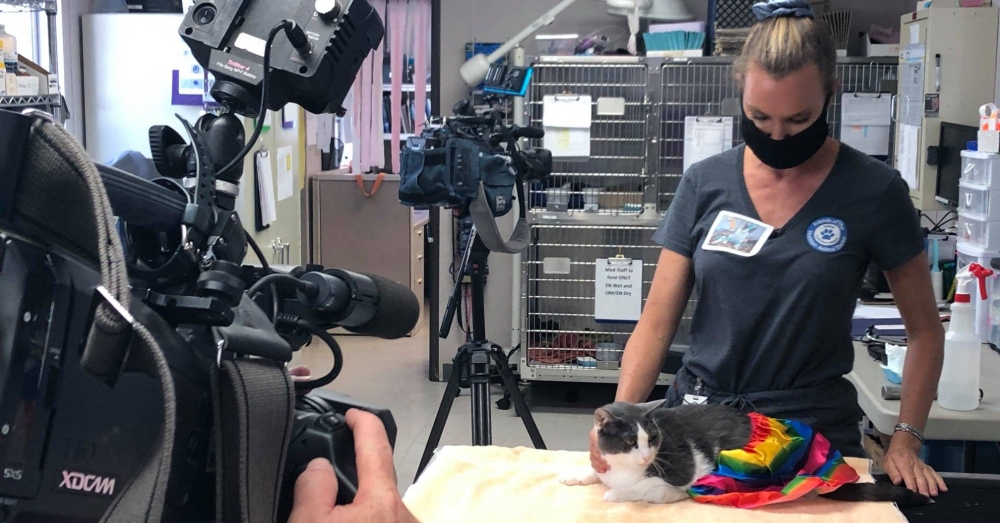 But 6 months later, this “special” girl had also become the shelter’s longest resident, even though the 4-year-old cat was now healthy and ready to find a home of her own. Finally, on day 175 of her shelter residence, Frankie was finally adopted. According to KCRA, the paralyzed cat is going to become a permanent resident at a Bay Area animal rescue.

We had the perfect shelter farewell pawty for princess Frankie today! She had been at the shelter for 175 days, making…

Posted by City of Stockton Animal Shelter on Friday, September 4, 2020

Frankie’s welcome reversal of fortunes prompted rescuers to throw a “farewell paw-ty” complete with balloons and pet-friendly desserts to be shared with other shelter pets. “Our hearts are so full! Thank you to everyone that shared her on social media, it has been a long journey but totally worth it,” Frankie’s caretakers wrote on Facebook. Congratulations, Frankie!