Sometimes it’s tough out there for a tomcat. Just ask George.

George is a fluffy striped cat who lives in New Zealand. He just so happens to be next-door neighbors to a family that has not one, not two, but three delicious-looking birds living inside their home. While this sounds like a recipe for disaster, bear in mind that the birds are kept safely indoors, separating George from his would-be prey with a thick pane of window glass. 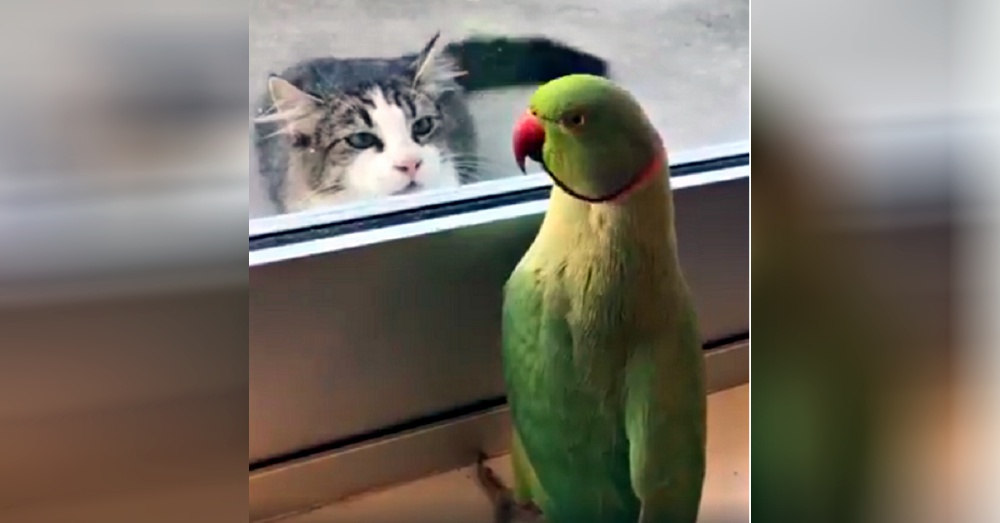 Now George and his feathered friend are going seriously viral online thanks to a quick video the bird’s owner uploaded to her Facebook page. In the video, George squares off against Oscar, a two-year-old Indian Ringneck parakeet with a penchant for chatting.

Indian ringnecks are known to be talkative birds with huge vocabularies. Their ability to speak words clearly paired with their beauty and size make them popular companion birds that were once considered sacred in India. In this case, Oscar chose just one word to use when he spotted George hovering outside his window: “peekaboo.” 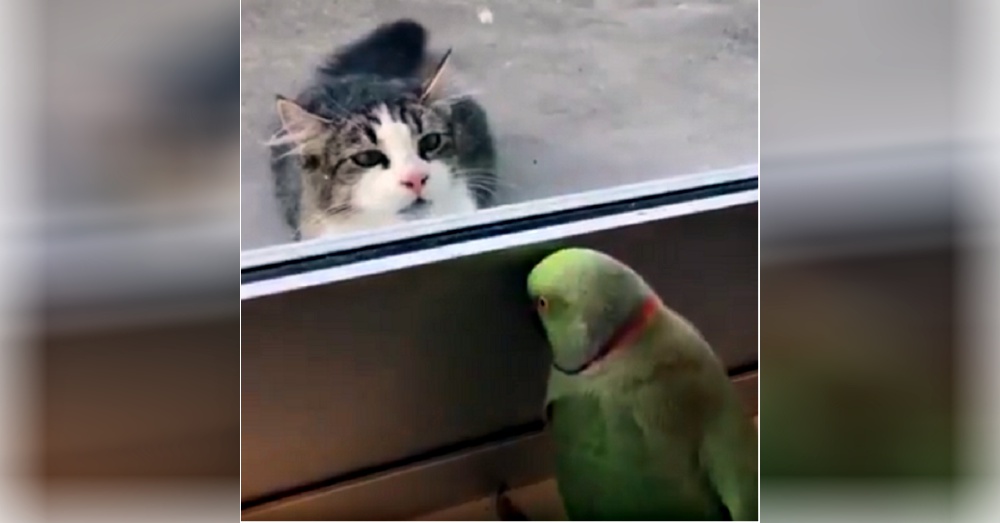 Oscar bobs his head down under the window sill and then pops up and says, “Peekaboo!” over and over. It’s not just a fluke; he’s using the word absolutely correctly and in the perfect context.

Sure enough, Oscar isn’t just saying “peekaboo” — he’s actually playing the hiding game with the cat! While poor old George glowers at the cheeky bird who remains permanently out of his grasp, Oscar is having a good old time playing the game we usually play with a baby in a high chair! 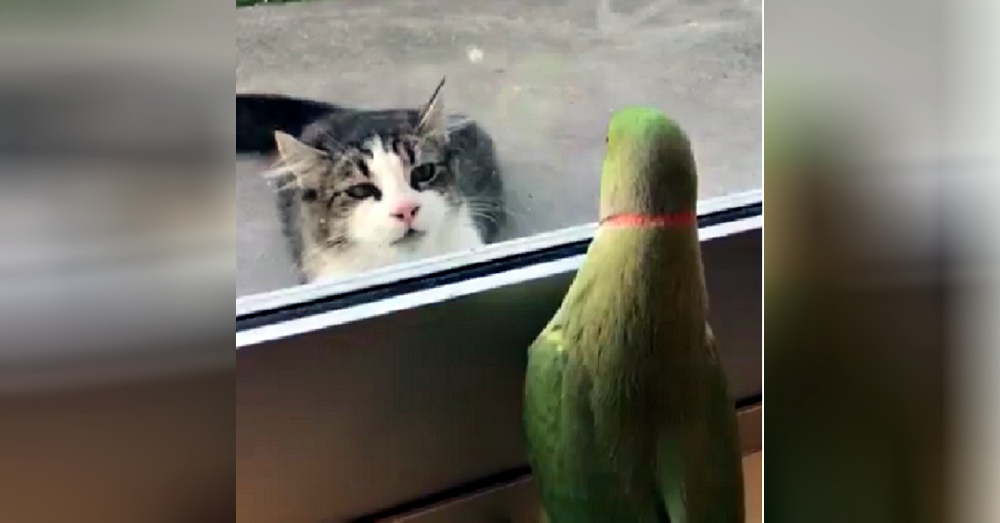 Boy, does George look mad! We’d recognize that angry facial expression and twitching tail anywhere. In fact, this scene looks so familiar we can’t help but think we’ve seen it before. Oh yeah, we have seen it before: 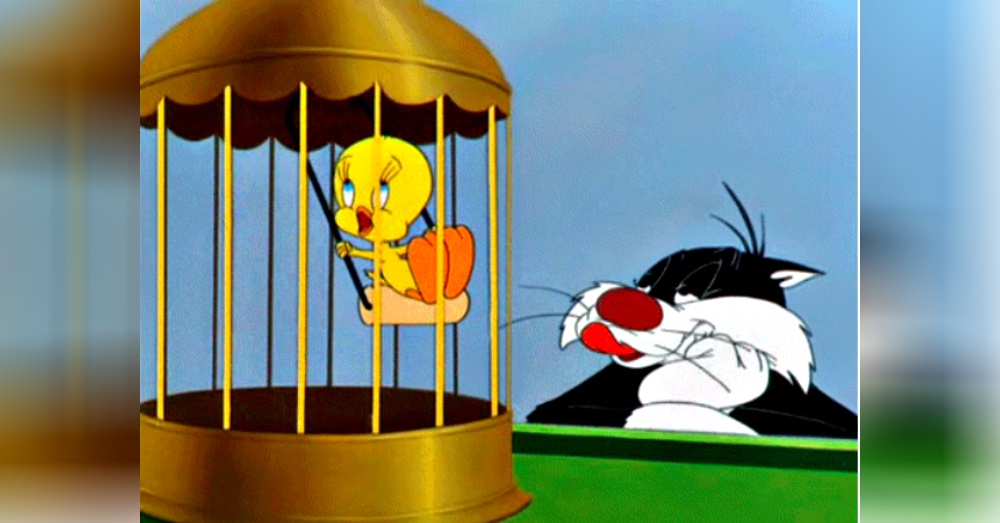 We knew it looked familiar!

Once Oscar’s owner shared the clip online it soared into the social media stratosphere. It’s now been viewed millions of times and Oscar’s owners say they’re delighted but overwhelmed by all of the attention.

“Oscar is as shocked & confused as we are that his video has gone absolutely crazy!” they wrote on Instagram. “We woke up to sooo many emails & messages regarding him playing peekaboo with George the Cat… We are so glad that our little green monkey makes you all so happy.” 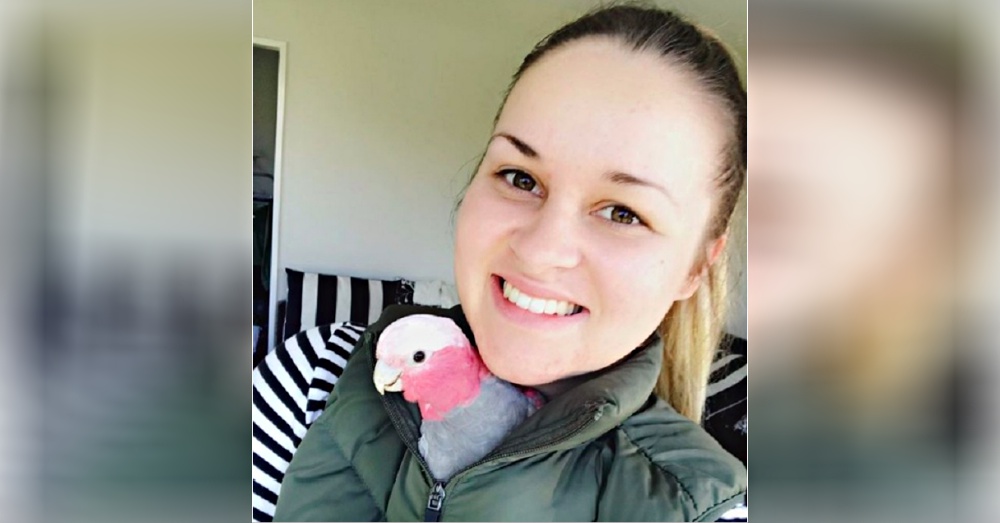 Oscar lives with his human owners and another bird named Poppy. He seems pretty content in his lifestyle choices, even if that includes having the occasional inter-species play date with the neighborhood cat. We imagine the only one who’s not loving this arrangement is George, but then again, maybe this is just the sort of long-distance friendship he was looking for. Who knows?

Watch the funny game of peekaboo below, and be sure to turn up your volume because hearing Oscar say “peekaboo” is definitely the best part. Don’t forget to share, too!

Rescue Dog Wins Hearts But Not Ribbons On Hilarious Agility Attempt: Click “Next” below!