Wildfires destroy lives, homes, and landscapes in a second, but a moment of hope was captured forever when cinematographer Douglas Thron captured Shannon Jay crawling under a burned-out truck to save a frightened cat.

Thron and Jay heard the cat crying for help as they approached the truck in Paradise, California, after a devastating wildfire wiped out most of the town, killing people and animals and leaving thousands more injured or homeless.

‘Hey sweetie, there you are,’ Jay says softly. “She’s burned to [expletive].” 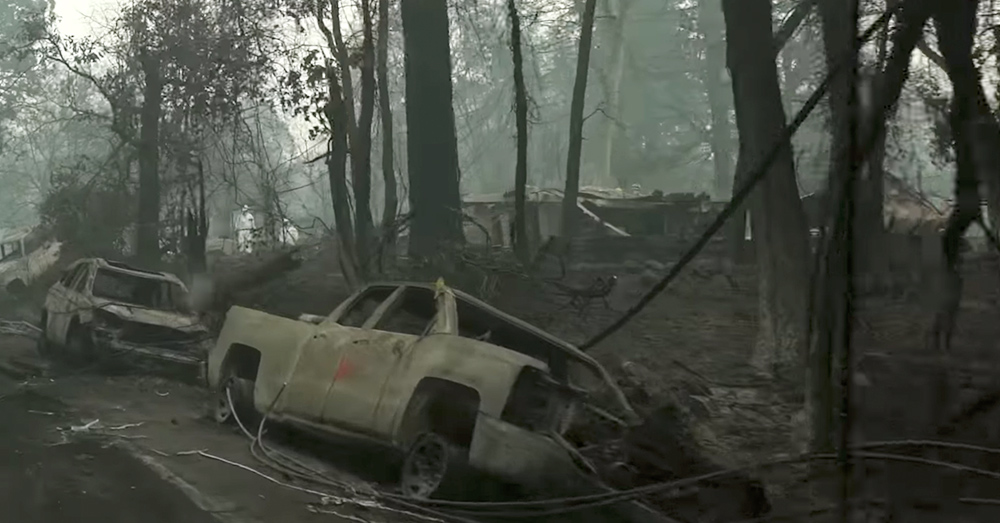 Source: YouTube/ViralHog
The streets of Paradise, CA, were lined with destruction and ash. 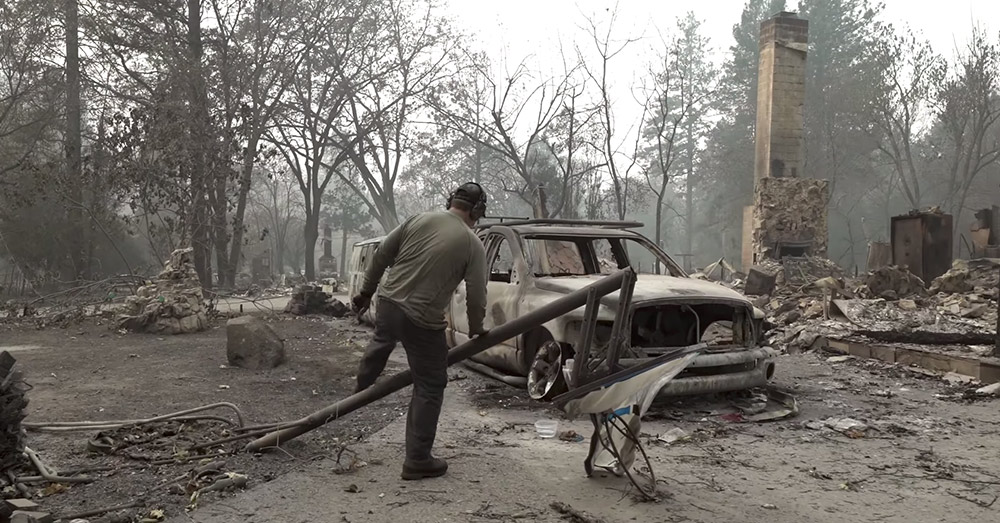 Jay brings the cat out from under the car as Thron captures it on video. At first, it isn’t about to come out quietly. The cat begins wailing as Jay pulls her out.

“It’s OK, honey,” he says, cradling the injured cat in his arms. 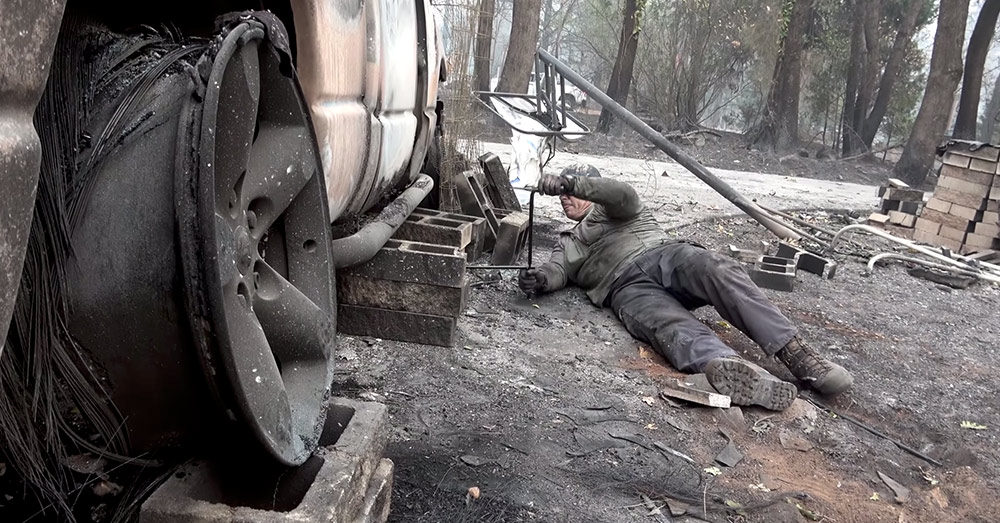 Source: YouTube/ViralHog
A badly injured cat was hiding under this burned-out truck.

Jay places the cat into a carrier, and soon after escorts her to a veterinary hospital, where she can be properly cared for.

Jay has rescued a number of animals in the aftermath of what became known as Camp Fire, which destroyed more than 153,000 acres of Northern California, according to the Daily Mail. All that’s left of the Paradise community is ash. 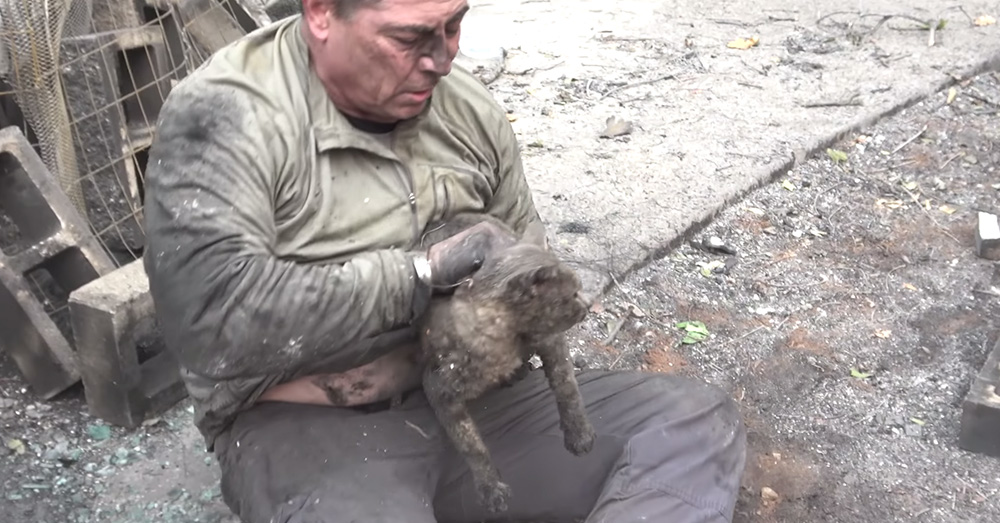 This is the deadliest fire Californians have ever experienced, and many people and pets have died.

Thankfully, this one survived, thanks to these caring rescuers. See more in the video below!

Pet Owners Who Feed Their Cats A Vegan Diet Could Face Prison: Click “Next” below!