An estimated 10,000 Pangolins are killed every year by poachers. The scaly anteater is targeted and killed for the supposed medicinal properties in their scales and for their meat. However, there is no proof that their scales have any benefit to humans.

Pangolins are the most trafficked mammal in the world and listed as an endangered species. These shy animals are not well known, so conservationist created World Pangolin Day, observed on the third Saturday in February, to inform the public of the horrible threat trafficking is having on them. These mammals are more than scales to be used for medicinal purposes. 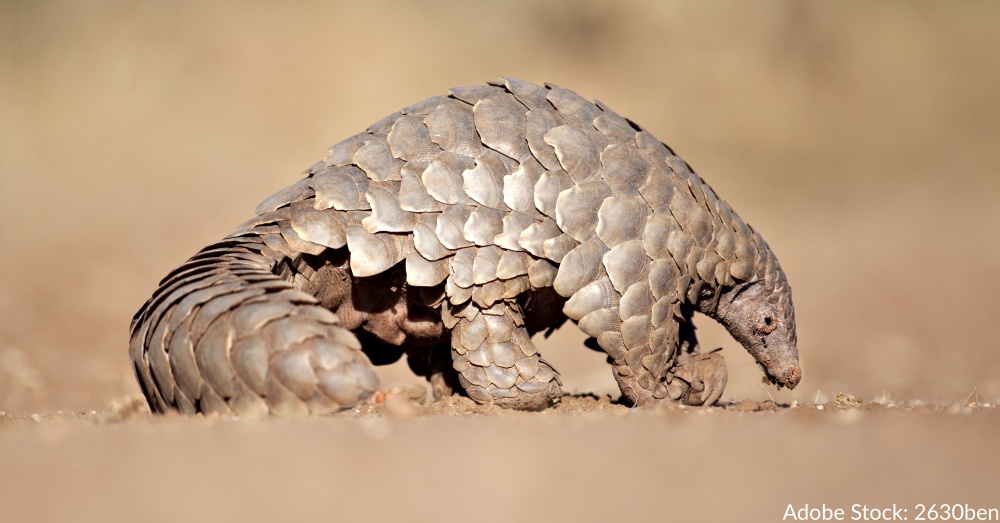 The elusive anteater is rarely seen by people because it is nocturnal and stays in the dense forest. They are covered head to tail with scales, hence their common name the scaly anteater. A single pangolin eats an average of 70 million insects a year, using their long sticky tongues.

The only defense mechanism these slow moving animals have is to roll in a ball using their scales as protection. This move protects them from the jaws of predators, but sadly makes them easy targets for poachers to pick up. 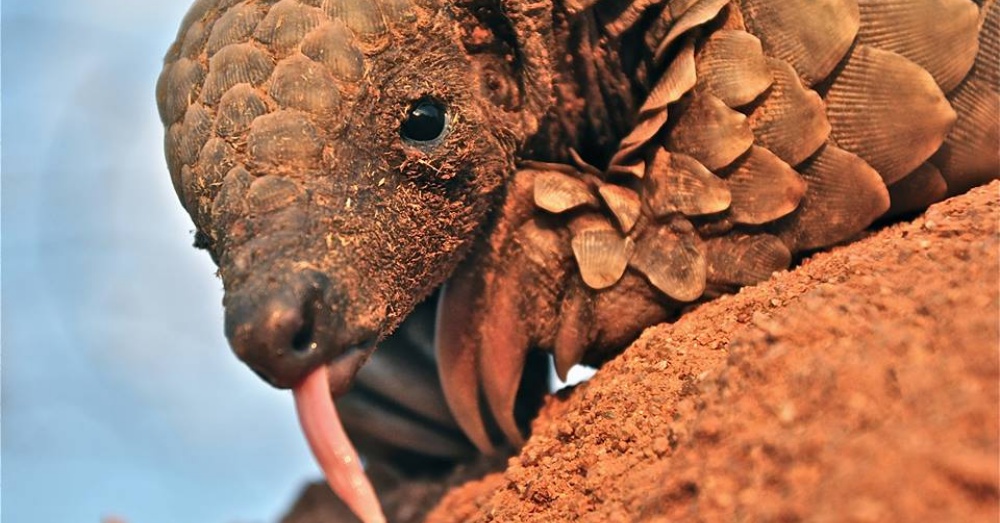 China and Vietnam think their meat is a delicacy, which has also led to some species being critically endangered.

Pangolins call South Africa and Asia home, with four different species in each country. Poachers will sell the meat to locals and then ship the scales to Asia for traditional medicine. Pangolin scales are made up of keratin, the same as rhino horns and our fingernails. There is no scientific research proving they are beneficial to humans. It is illegal to commercially trade any of the eight species of pangolins. Sadly, all species are starting to decline rapidly due to poaching. 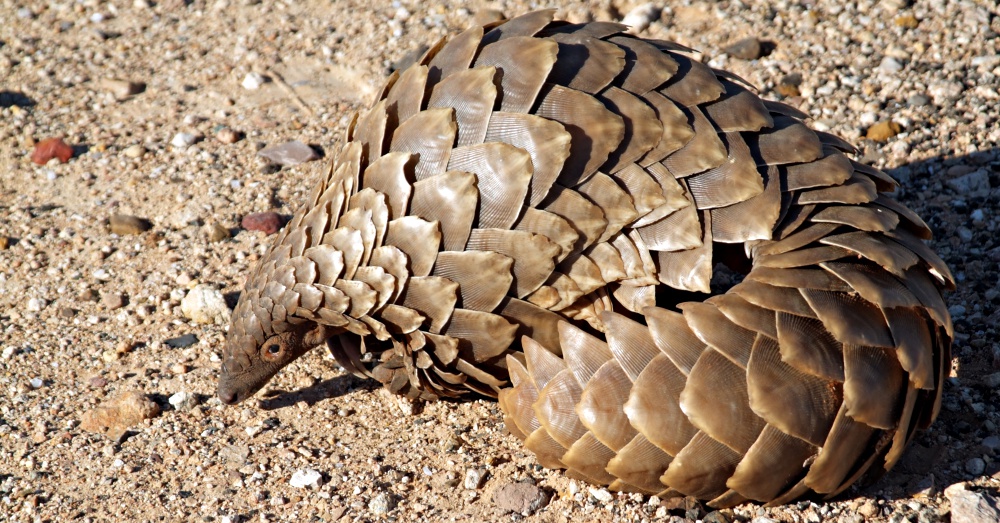 The South African government is looking to protect the animals by establishing a rehabilitation center to care for injured or rescued pangolins. In addition, they are training dogs to sniff out the strong smelling scales to catch poachers.

Animal welfare organizations are working to ensure stronger enforcement of the laws and preserving pangolins. Poaching of this timid creature has to end soon or the species will cease to exist and humans will be to blame.