A wild four-year-old panda found himself trapped near a dam and the dangerously fast-flowing Zheng He River in China. He was very close to falling and if he had, he would’ve gotten seriously injured and most likely not have survived.

The bear managed to climb onto a metal walkway very close to the top of the dam, where he held on for his life. Luckily, dam workers noticed the little guy in the security footage, and immediately took action. They decided to risk their lives to save his, and thankfully it had a happy ending! 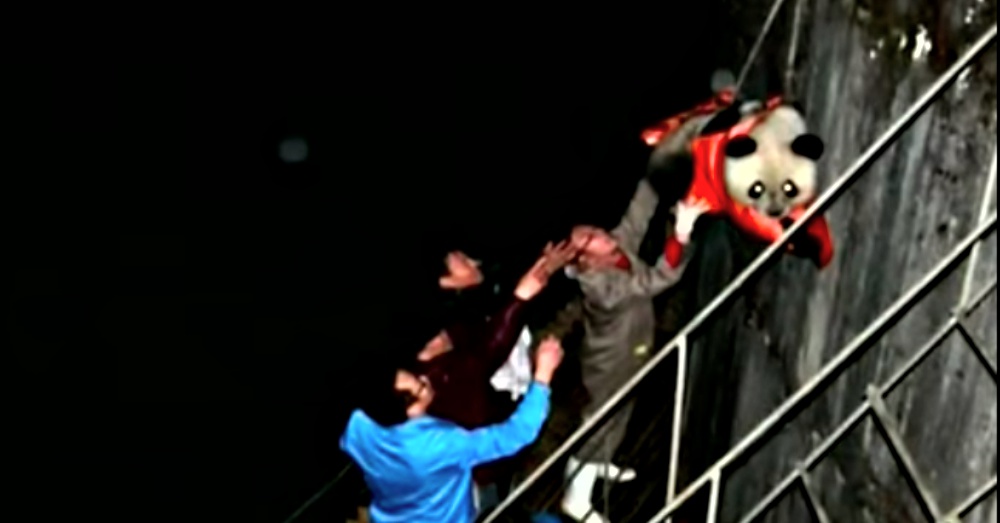 They contacted police who then sedated the panda so that they could start the rescue. After a very dramatic rescue, the panda was lifted to safety and examined. Once he was cleared, he was released back into the wild. 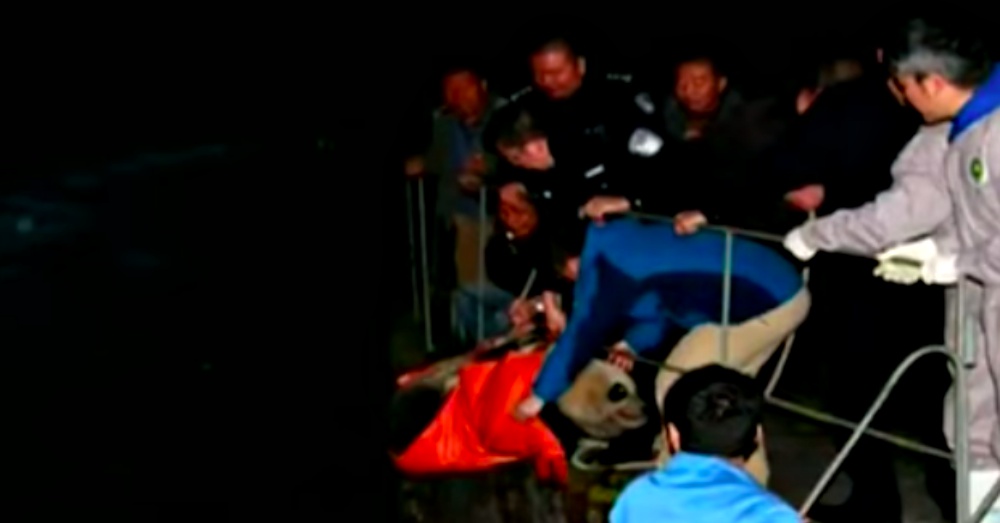 Neighbor Spots Horse Trapped In Muddy Pit & Community Rushes In For Daring Rescue: Click “Next” below!