There is one pet café in China that currently has animal rights groups angry. The café has been offering to dye people’s dogs in order to make them look like pandas.

And since their dogs apparently aren’t cute enough as they are, there are plenty of dog owners who are rushing to “pandarize” their dogs, creating a wave of popularity for this trend.

Cute Pet Games Café, located in the Jinjiang district of Chengdu – which is in the southern province of Sichuan – has had customers flocking to it for the black and white dye job procedure. Snaps and videos of the dogs have already made the rounds on social media.

Reports are revealing that the customers of the café are shelling out 1,500 RMB just to have their dog’s fur coats dyed black and white like those of pandas.

There is a video shared by one client, who is shown cuddling their “pandarized” Chow-Chow, also shows a few other dogs in the background who are running around Cute Pet Games Café looking like pandas.

The trend began when six “panda” dogs were brought in from other Chinese regions earlier in the year, and as soon customers saw the dogs, they definitely wanted a recreation of the look on their own. 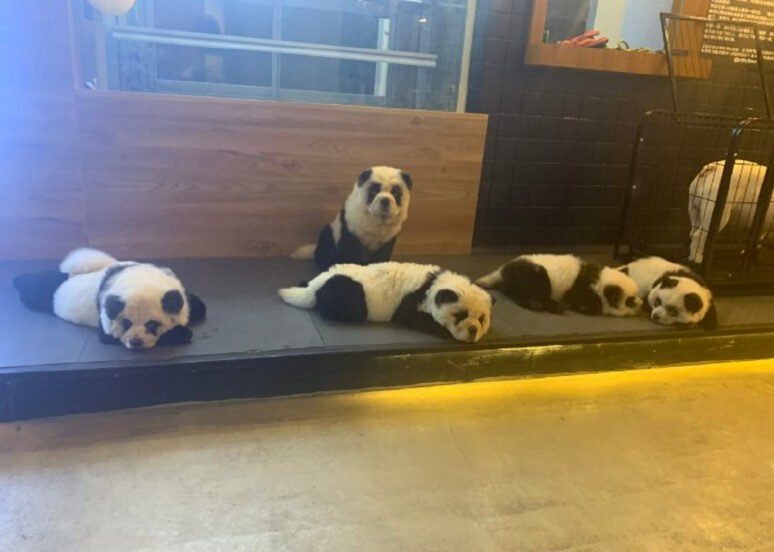 As the café owner, Huang, explained, “The dog dyes are imported from abroad and we have a dog-coloring professional who provides the service.”

While there is no denying that the pets look so cute after their procedures, there are those who are raising concerns over the well-being of the dogs during the dying process. Besides that, there are others who believe that the dogs are fine just the way they are, and their owners shouldn’t be treating them like blank canvases on which to paint – all very valid points.

This is one of the views expressed by PETA Asia’s press officer, Keith Guo. Guo has stated that there is always a risk when it comes to “fashionable” procedures, such as this, and it’s best to leave the cosmetics to solely human consumption.

Guo stated, “Dyeing hair may be fashionable, but only for humans who willingly have it done. There are always risks with using dyes on animals, to their fur, skin, nose, and eyes. Animals should not be a tool for people to paint.” 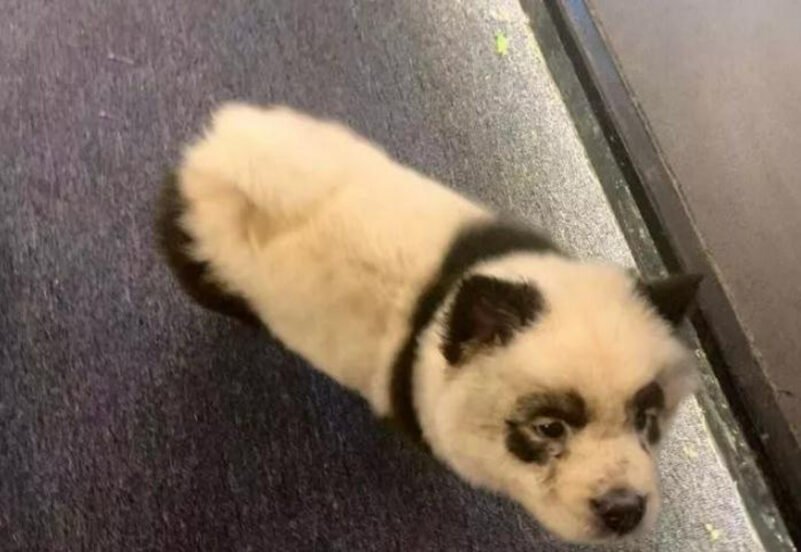 Regarding whether or not the dying process actually causes harm or any damage to the animals, the results are “hard to tell” as said by a vet who still wouldn’t recommend it.

Daibing, a local vet, said, “It is hard to tell whether it causes damage to the pet or not. In general, it is recommended that you do not dye your pet in such a way as it could cause damage to their fur and skin.”

Can’t we just leave dogs alone the way they are? If you really want your fluffy dog to look like a panda, get it a Panda Halloween costume. What do you guys think?