Watching his home ablaze, Jose Guzman knew he was about to lose everything, so he ran back inside and risked his own life.

He didn’t want to live without his dog.

According to KUSI News, Guzman, who works in construction and as a landscaper, pushed his way through the dark smoke, to the back of the house, where his two-and-a-half year old dog, Gabbana, was leashed up and huddled in the bathroom.

Moments later, they both came running out, singed from the raging fire.

Nearby, someone caught the rescue on video. 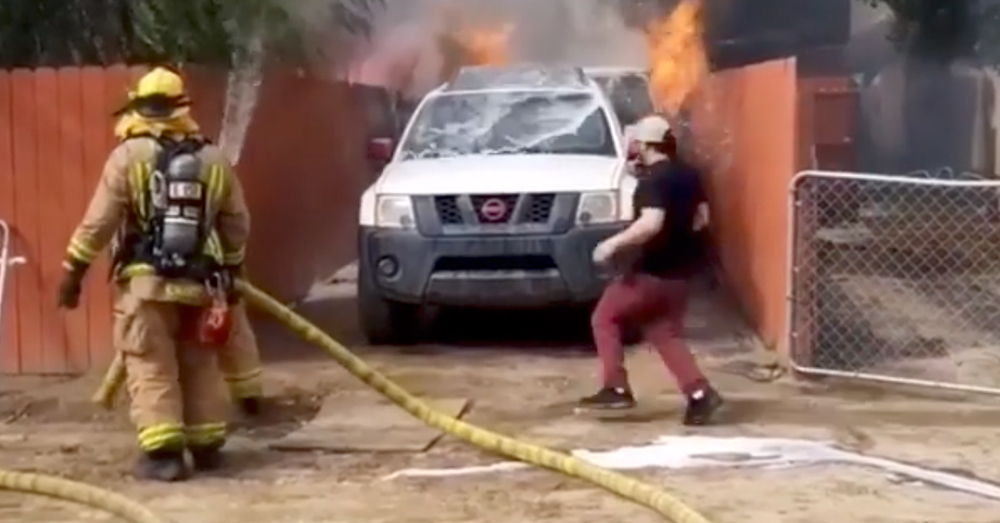 Source: Instagram/kusinews
Jose Guzman knew his dog was trapped inside his house as it burned.

Source: Instagram/kusinews
It wasn’t until he calmed down that Guzman realized his face and arms were burnt. Gabbana had lighter burns on her nose and paws. 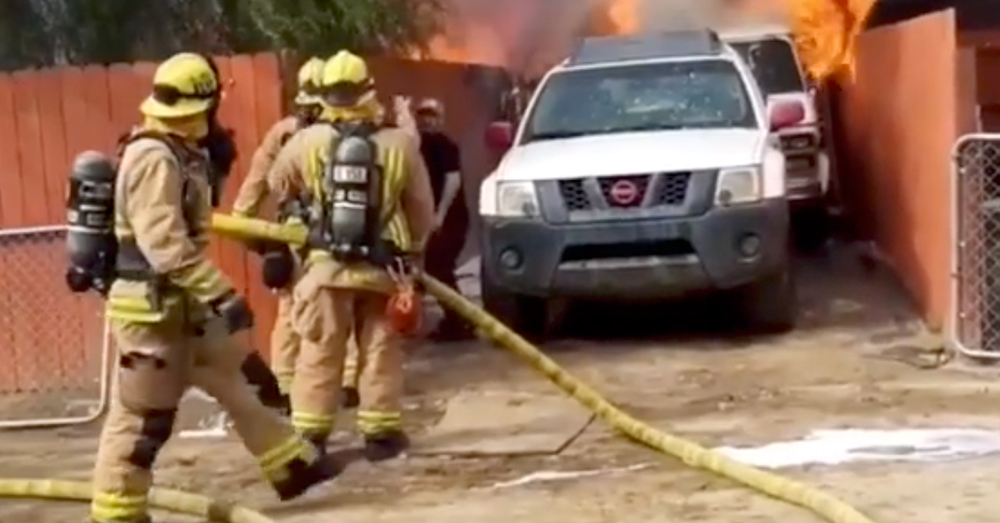 Source: Instagram/kusinews
Firemen tried to stop Guzman from running back into the house.

Though his home was completely destroyed, Guzman is happy his family is safe, and that includes Gabbana. 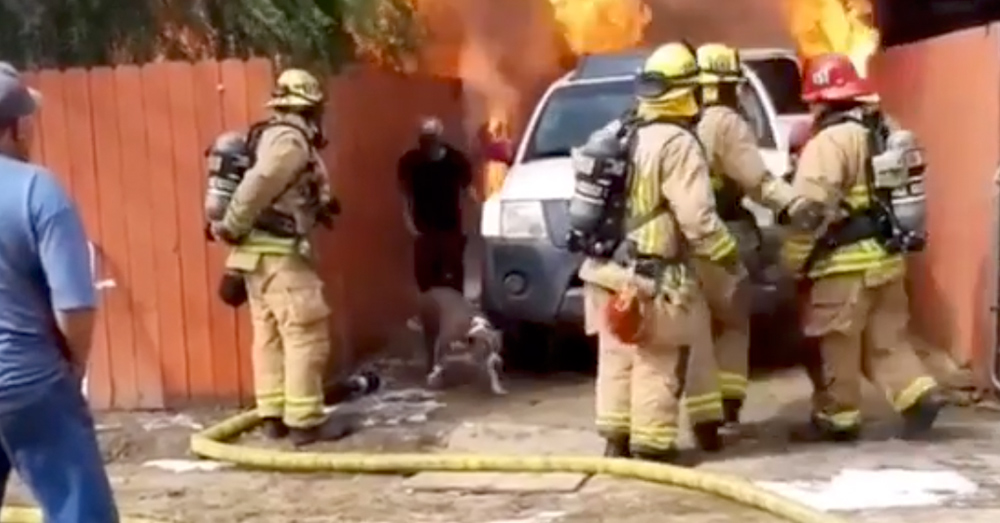 Source: Instagram/kusinews
After a few moments, Guzman emerged with Gabbana.

Watch the incredible rescue below!

This shocking cellphone video captures Jose Guzman rushing past firefighters and into his burning home looking frantically for his dog. Just moments later, both of them run out. 📹 Adam Guzman

Here’s How To Tell If A Video Games Lets You Pet The Dogs: Click “Next” below!