Tonino Vitale is a dedicated Italian dad. He was quick to notice when his 13-year-old Labrador, Dylan’s energy levels were going down – the lab was then diagnosed with arthritis. Poor Dylan’s joints hurt so bad that he couldn’t play or run or walk like before.

Tonino’s fatherly intuition turned him on to Dylan, and he knew poor Dylan wouldn’t live too long after. That is when Tonino decided to take Dylan out every day for some fresh air. Because of Dylan’s medical condition, Tonino built him a cart so that he could sit and be carried around on walks. It was a great idea! 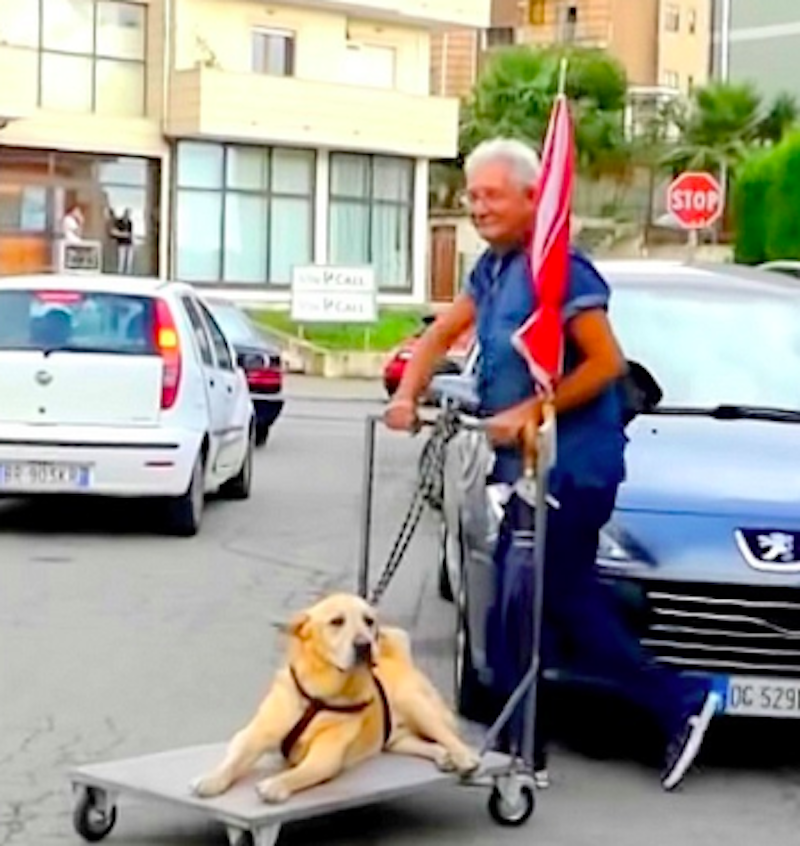 While both Dylan and Tonino had their “walks,” Tonino took note that his dog seemed to be getting back to being the happy boy he was before. One day, their neighbor caught the pair on video during their morning walks. The footage went viral, and soon, people all over the world were adoring Tonino’s dedication towards his elderly dog.

For Tonino, it’s different, as he says that Dylan was there for him while he was deep in grief after his father passed away. For Tonino, it was only natural to go out of his way to make sure that Dylan had all the comforts he needed during his time of need. This only meant that Tonino was willing to go out of his way to ensure his buddy was well taken care of and felt loved. 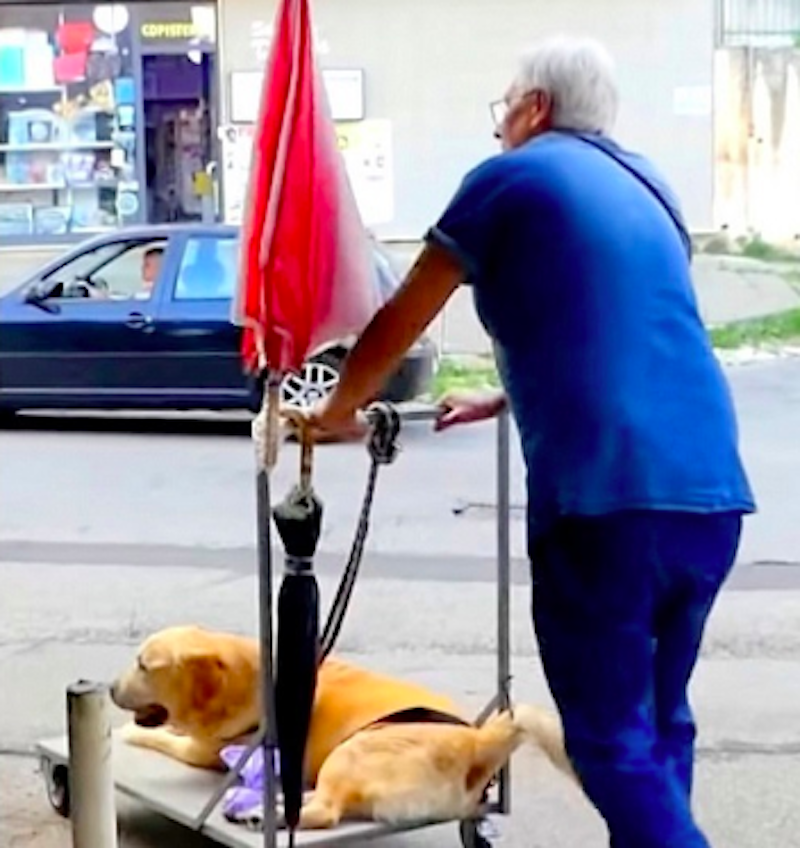 You can watch a video of the pair below: