A Tiny Owl Was Found With Severe Head Trauma. Now, He’s Learning How To Walk Again

A tiny northern saw-whet owl was found in Alberta, Canada in bad shape, unable to fly or stand up. He suffers from head and neck trauma, but was thankfully rescued by the Alberta Institute for Wildlife Conservation and taken to Marda Loop Veterinary Center.

There, he receives therapy sessions to help improve his chances of recovery. They made him a makeshift “treadmill” to help improve range of motion and to encourage him to move with his head straight. 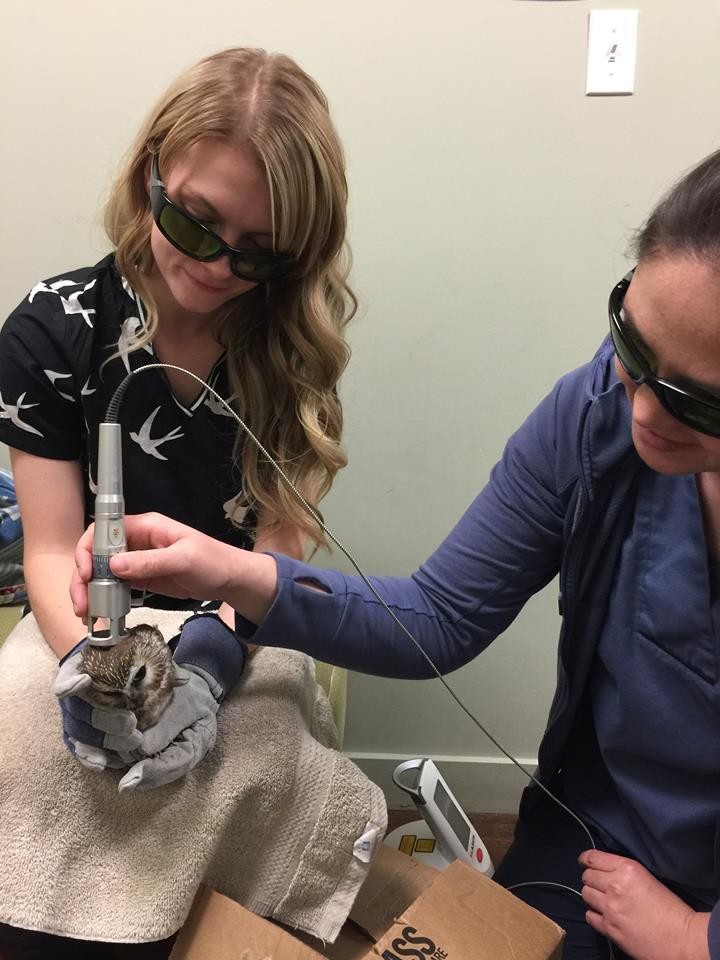 One of the staff members holds his body up while another pulls the walkway under him to create a treadmill effect. The therapy has been working and he’s doing much better with noticeable improvements, but he still has a long way to go.

The owl is also getting laser therapy to help relieve any pain he may have. This cute little guy will be back on his feet in no time!

Watch his cute little treadmill therapy session in the video below: