Pilots are used to seeing birds outside the aircraft, but one pilot was utterly shocked when a bird of prey swooped into the cockpit of a helicopter as it dispersed water on a California wildfire.

Pilot Dan Alpiner with Sky Aviation, a private plane charter out of Wyoming, is working with firefighters to battle the raging Creek Fire by making water drops with a helicopter.

Creek Fire has already burned over 350,000 acres in the Sierra National Forest, destroying precious wildlife habitat and threatening the lives of countless animals. But one of those threatened animals decided to join in the rescue efforts. 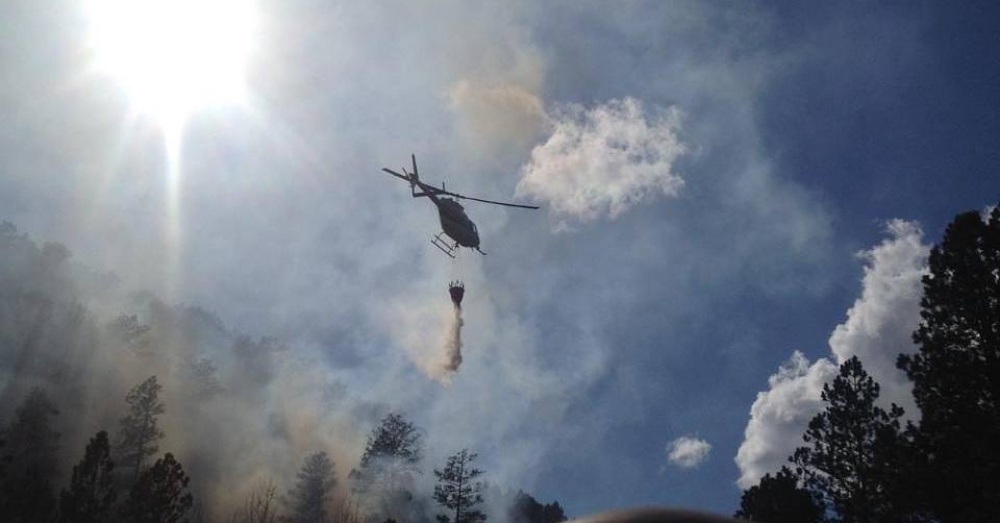 Recently, Alpiner was mid-flight when he looked over and saw an owl perched on the back of the co-pilot seat. The owl flew into the helicopter through an open window and peacefully roosted inside the aircraft. The bird was looking straight at him and he quickly took a photo for proof of the unbelievable encounter.

The pilot posted, “It’s odd to have an owl enter an aircraft.

“It’s unheard of to have it enter while the helo is in-flight.”

Alpiner was initially concerned that the owl would start to flutter around inside the cockpit, but the bird was a perfect passenger. 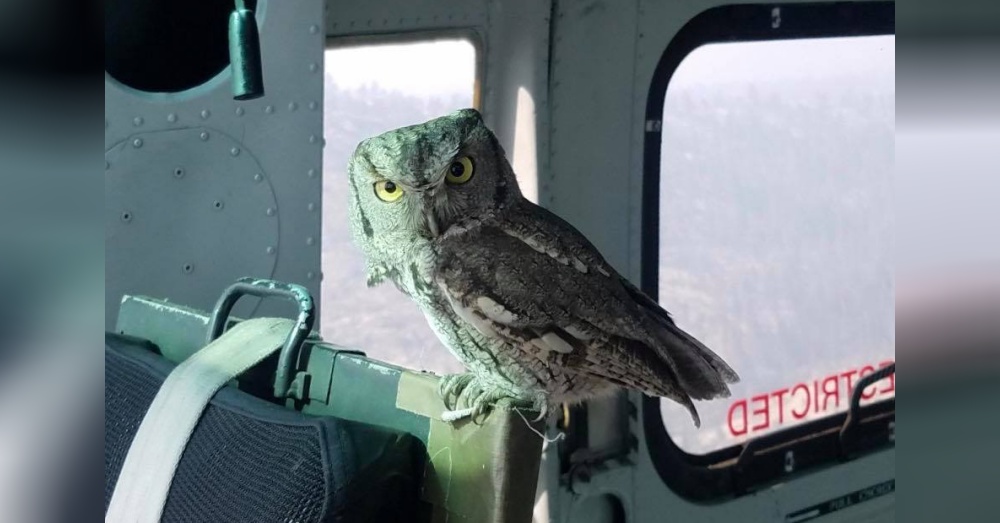 “It’s an unexplainable and magical miracle for it to stay with you for several water drops, then leave just as it arrived – safe and unannounced…”

The photo has since gone viral and people from around the world are in awe. One person wrote, “Nature’s way of saying thank you.” Another commented, ” If there wasn’t a photo, I doubt anyone would believe this one. What a unique occurrence.”

When asked if this was the only photo, the charter company replied, “Yes. It’s not easy to fly a mission and be a photographer at the same time.”