Shelters in Lost Angeles are facing a huge problem, and animals are going to die for it.

Owing to three separate hoarding cases that were uncovered around the same time, many of the city’s shelters have become overcrowded, and current residents could soon be euthanized to make room for more.

“We see this very often,” LA Animal Services spokeswoman Ashley Rodriguez told NBC. “But usually cases are more spread out — not within the same week.”

Almost 100 animals have been rescued from three different locations, filling all but six of the available Los Angeles shelters to capacity, NBC reports. Some of the shelters are still caring for a glut of bunnies that were seized from a home in March.

“As they were heading back to the shelter, some rabbits were giving birth in the truck,” Rodriguez said. “All six shelters helped out and took some in.”

South LA Shelter is in immediate need of supplies,fosters, adopters. They took in a large # of animals from hoarding case. pls head over to the South LA Shelter at 1850 West 60th Street to sign up to foster. Bring ID. https://t.co/mdx4ImsNI2 pic.twitter.com/ToL5tZkfUG

Now, many of the animals are marked for early euthanization, unless they can be adopted out.

“Just because they are on the list doesn’t mean that they will be euthanized,” Rodriguez said. “We do our best to find a home, however, it is ultimately up to the adopters to get these animals out of the shelter.”

A number of criminal charges could face those found guilty of animal cruelty and neglect in the hoarding cases, but that’s not going to help the animas already on the “red list.”

Summer months are already harder on shelters as they follow the breeding season. With so many animals to care for, Los Angeles Animal Services is trying to make it as easy as possible for potential pet parents to help out. 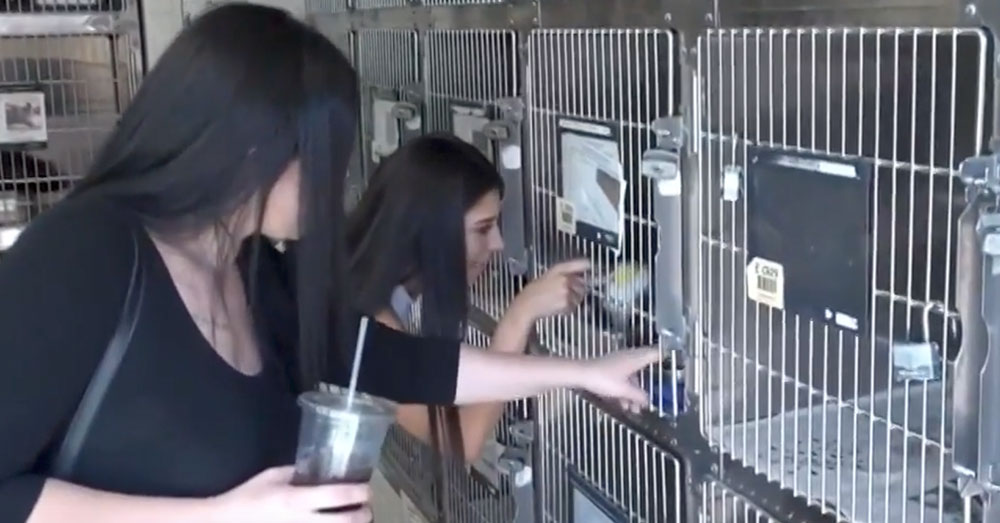 Source: YouTube/CBS Los Angeles
Los Angeles residents check out the animals at one of the local shelters.

All of the animals have been vaccinated, spayed or neutered and will be microchipped before they are given to new owners, the Daily News reports. Adoption fees have also been reduced to $20 per dog license for Los Angeles residents.

Incoming! 🐶 We’re working with our rescue partners and the community to transfer, rescue and adopt our dogs and cats so we can make room for more incoming pets. This week alone, we have received over 75 animals from two different hoarding cases. If you have a pet that needs to be spayed or neutered, please take advantage of the free and discount spay/neuter vouchers for dogs, cats and rabbits we offer to all LA City residents. We’ve made easy for you to apply online at laspayneuter.com! You can also visit any one of our six shelters to apply and pick up your voucher same day. #laanimalservices

Those who can’t adopt are urged to consider becoming forster parents.

“Being in a foster home allows them to de-stress,” Royce Chang of Angel City Pit Bulls told NBC. “Cortisol levels go down and you get to see who they really are.”