Why Is My Cat Peeing Outside The Box? Here Are 9 Reasons

Cats are creatures of habit. They’re curious, of course, but also seek security and comfort just like every other animal on the planet.

We don’t expect them to think outside the box too often, and pee outside the box even less. But unusual peeing habits may indicate a medical problem or frustration with a recent change. A cat isn’t going to write you out a list of symptoms, so observation and inference are the best tools to work with if you want to understand the root cause of the behavior.

If you notice your feline friend has started leaving her business outside the litter box, it may be due to one of the following reasons.

Those sharp rocks in the litterbox are painful on tender paws. Especially those that have been recently declawed.

According to Perfect Love, cats that have been declawed may be in a lot of pain already, and may avoid using the litter box in favor of other more comfortable alternatives.

“Can you blame them for not wanting to!? The cats who do not show signs of pain after this likely have lost the feeling of those nerves,” the site maintains. “This can happen right away or years down the road. Most people don’t even realize this has happened…”

Declawing is illegal in many countries where it is perceived as cruelty, and is known to be a painful surgery with lifelong implications, similar to amputating a human’s fingertips from the last joint. In addition to some rest and recuperation, animals who have been declawed should be given some time to work their way back into the litter box, preferably one filled with softer substrate like fiber shavings, and not scolded for doing their business elsewhere. 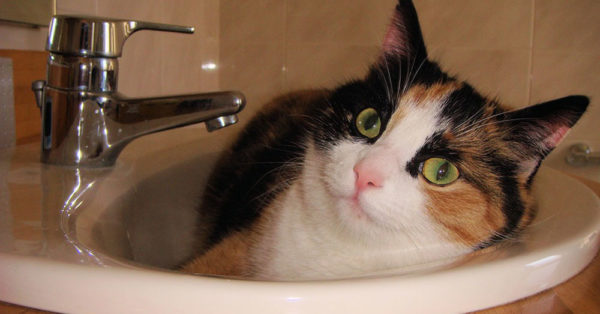 8. Crystals in the urine

The right food can help your cat feel healthy, just as foods that aren’t as nutritionally sufficient can lead to health issues. Calcium oxalate crystals have a tendency to grow in the systems of animals for four main reasons, PetMD warns. These include:

In many cases, crystalluria is a temporary issue that is readily treatable. But since the condition can worsen, and even the slightest bit of discomfort may turn your cat away from the litter box, it’s always worth checking with a veterinarian to determine the best course of action. 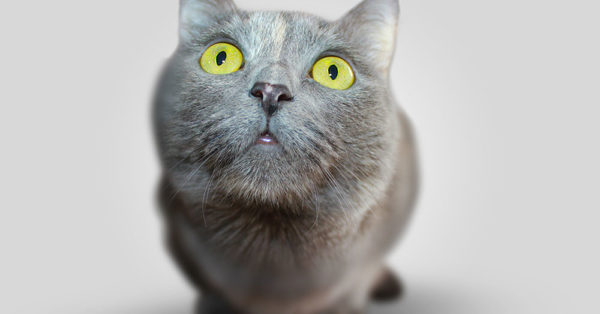 While cats can be cuddly and cute most of the time, put them in a position where they feel threatened or insecure and that can quickly change. Some cats can become territorial when a new one is welcomed into the home, resulting in behavioral changes.

“Marking territory with urine is your cat’s way of dealing with stress,” the Humane Society of the Unites States reports. “They feel anxious and are trying to relieve their anxiety by staking out their boundaries. Leaving their urine scent is the most emphatic way to say, “I’m stressed.”

One method of reigning in errant elimination is to isolate the cats, monitoring them while separate from each other. If territorial behavior is the problem, they may soon resume regular habits. 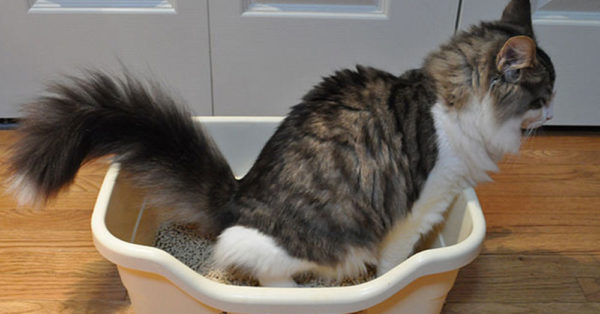 Compassionate pet owners spay and neuter their pets. In some communities, it’s the law.

According to the Nest, like territorial male cats, unspayed female cats may begin spraying their urine when they reach sexual maturity at 6 months old.

“Queens spray in order to essentially notify tomcats of their breeding availability — almost a feline version of a classifieds ad,” Naomi Millburn writes. “By ‘leaving her mark,’ a female cat makes sure that no one misses her — she’s ready to mate.” 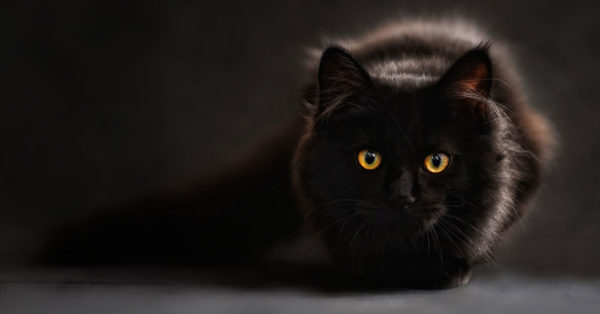 Cats like to be clean just as much as humans do. A dirty litter box can lead your cat to handle its business elsewhere.

“Boxes should be kept scrupulously clean,” Becker writes. “They should be scooped at least once a day and more often if you’re dealing with a potential litter box aversion situation. Dump all the used litter every two to four weeks (I recommend every two weeks, minimum), sanitize the box with soap and warm water, dry thoroughly and add fresh litter.” 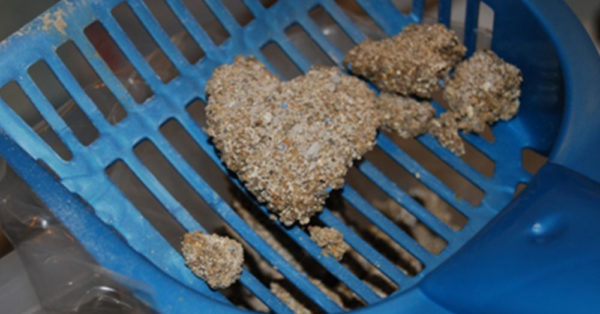 Is your litter box out of reach, or are the walls too high? Very young cats, elderly ones, or those with disabilities may have trouble getting into some litter boxes, but there is a solution. Creative cat owners have found or built steps for their furry friends, clearing the path to the potty in style.

Once a cat reaches about 11 years old, Petcha reports, they may find it increasingly hard to enter and exit the litter box.

“Senior cats that start having litter box issues could be having trouble getting into and out of the litter box due to stiffness and/or arthritis,” Elizabeth Arguelles, DVM, owner and medical director of Just Cats Clinic in Reston, Virginia, tells the site. “Some boxes have high walls and arthritic cats can have difficulty physically getting into them. In these cases a simple litter box change can solve the problem.”

“Additionally in multi-level households, senior cats can have a hard time going up and down the stairs to get to the litter box and may need it moved to the main level living space where they are more comfortable,” Arguelles continues. 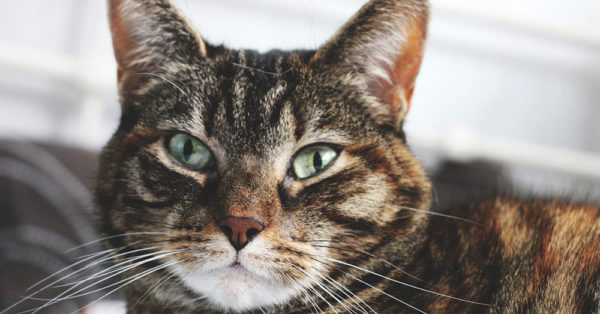 On the other hand, walls are important if you want to ensure the cleanliness of your home.

Depending on how your cat aims to pee, a litter box with high walls may be your best bet. There are a number of deep-walled options on the market, and paired with a perky cat litter mat, they can really bring a room together. For your cat, that is. 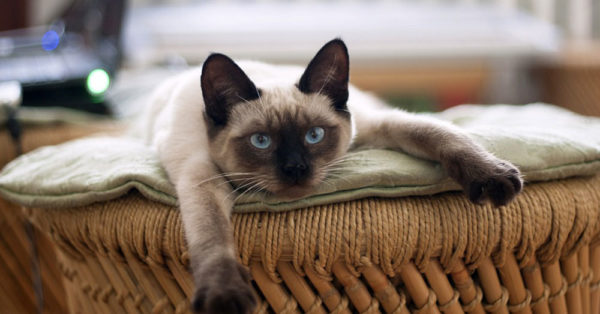 The furry jury is still out on this one. Whether or not a majority of cats prefer their litter boxes covered or topless is still to be decided. What we do know is that our feline friends develop individual tastes for their toilet tops, and that covered litter boxes allow for less ventilation perhaps lending to distaste for the design.

According to Cat Behavior Associates, there are a few reasons cats may avoid covered litter boxes:

Cats like to know they’ll be safe when they’re eliminating. It’s an instinctual behavior to avoid predators when vulnerable. A litter box with a top on it may feel too confining to some cats and turn them away, while others may prefer the privacy.

For the best results, let your cat decide. 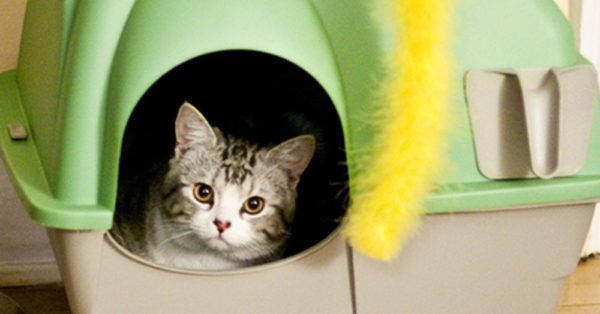 Pheromones making another cat’s territory may linger in some homes, which could lead your cat to avoid certain areas, or even entire rooms.

Luckily, there are alternatives to packing up and finding a new place to live. The Humane Society maintains that de-stressing a cat, and acclimating it to a litter box, takes both time and patience.

An enzymatic cleaner, one without a strong odor of its own, can help clean up previous cat smells. Treating your pet to a few positive experiences in the area can “change the significance” of the areas for the animal, the HSUS reports. Short of changing the significance, one could also change the location of a litter box if all else fails. 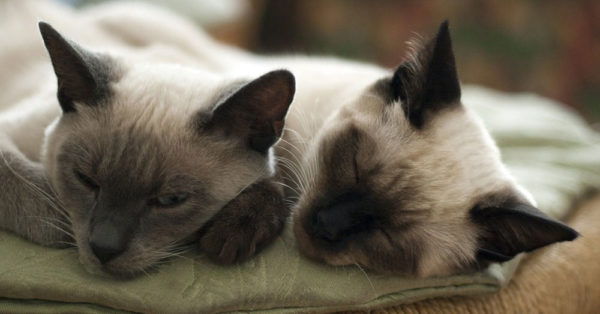 Correcting your cat’s potty problems can involve a number of approaches, but if you ever feel your animal is acting strangely, it’s always best to check with a veterinarian first.