The wild horses of Currituck Outer Banks welcomed their third foal of the year.

The beautiful filly was born to a mare known as M&M and a stallion called Rocky. Corolla Wild Horse Fund (CWHF) shared the exciting news on Facebook and said “the whole family is doing well.”

The foal takes after her father and is described as “big, feisty, and flashy”. But she is named after a local hero – Betsy Dowdy. 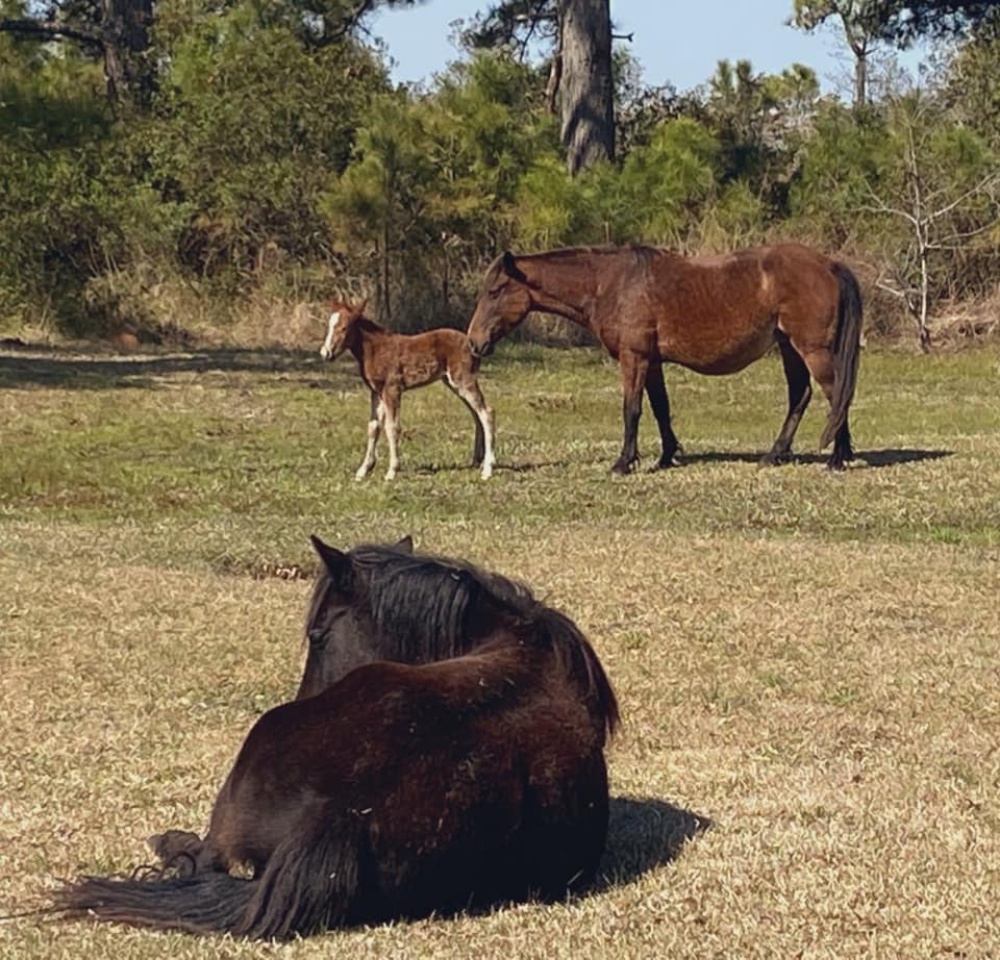 Dowdy lived on Currituck Outer Banks in the 1700’s and is known as the “Paul Revere of North Carolina” for alerting American troops to British movement in the area during the Revolutionary War.

A neighbor informed the family of the impending invasion by British soldiers and said they would kill all the horses. Dowdy was only 16-years-old, but she knew she had to help. 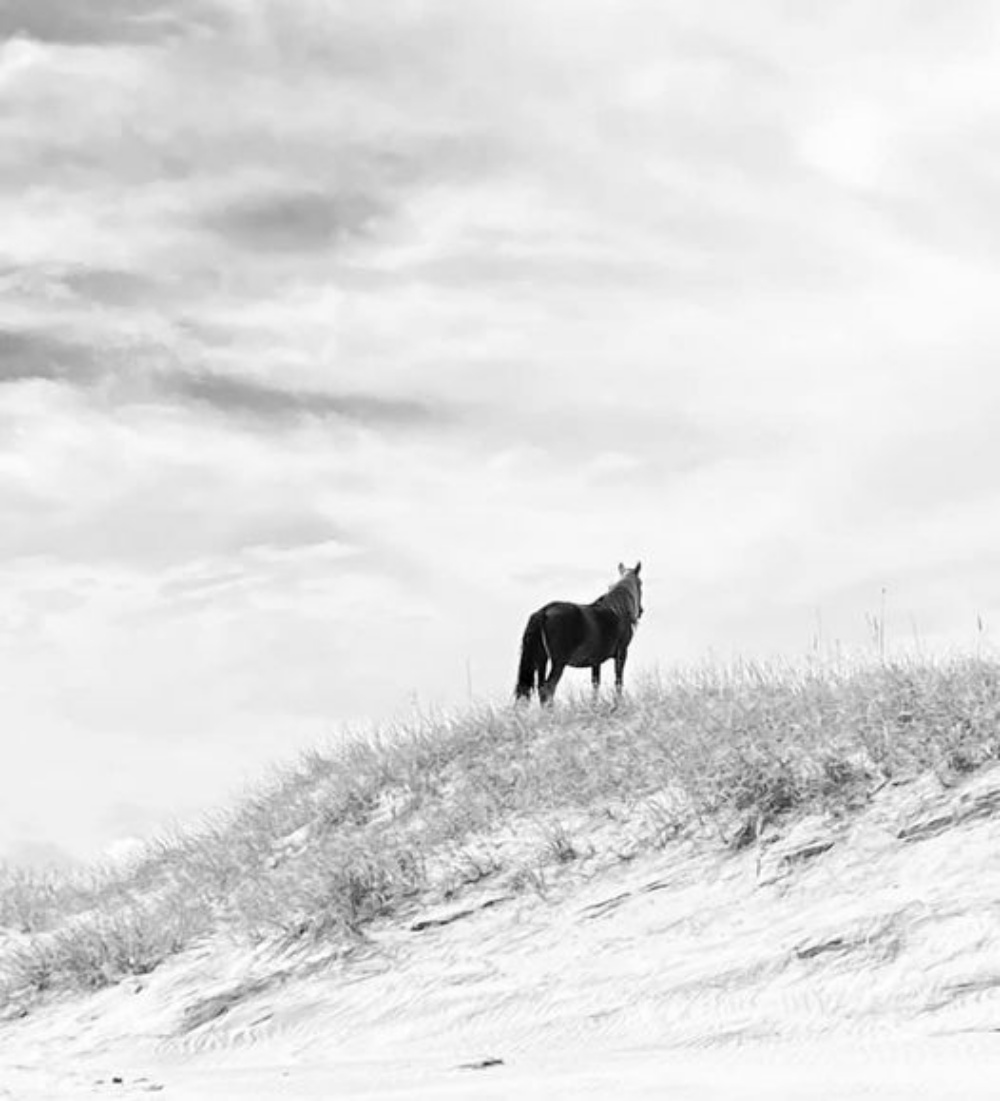 Dowdy rode her beloved Banker pony named Black Bess, the fastest horse on the islands, over 50 miles and managed to reach General William Skinner just in time to stop the invasion and save the wild horses.

Americans won the Battle of Great Bridge and Dowdy’s name will live on in the spirited foal.

The new foal named Betsy was born not far from where Dowdy and Bess started their heroic journey. 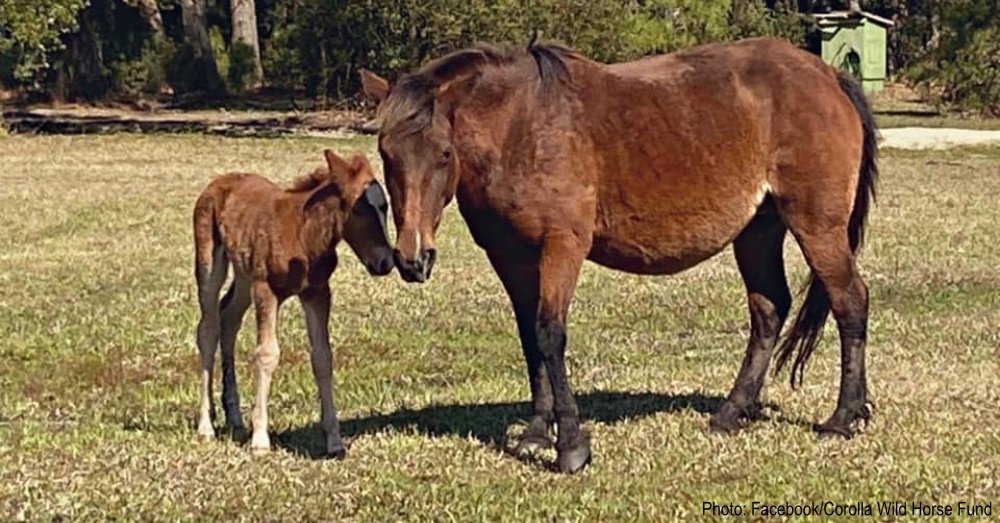 “The name Betsy was next on the list for fillies, and the fact that this foal was born in such a special place is much more than just a coincidence,” wrote the horse fund.

“May you grow up wild and free sweet Betsy, just like your ancestors!”

All foals born in 2021 will have names that start with the letter “B”. The first foal born to the herd has not been photographed or named as it is yet to be seen. “The first one has not ventured out of the marsh yet so we don’t know anything about him/her and don’t have photos.” 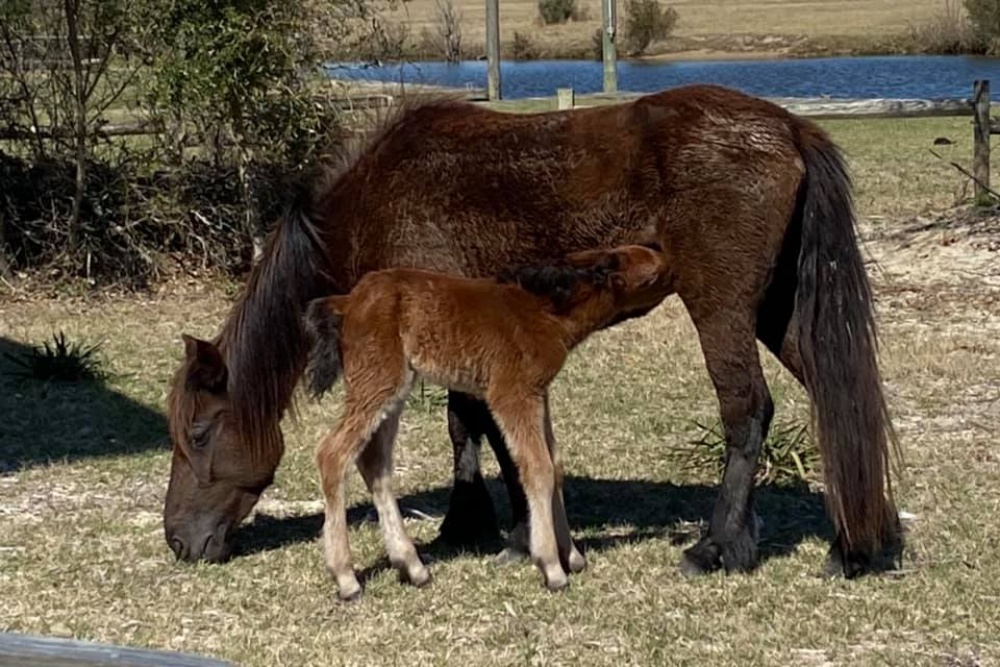 Billie was the second foal born and is now thriving alongside her mother. “Billie is strong! She swam across the canal when she was only a couple hours old, is nursing like a champ when she can, and has figured out how those long legs work,” posted CWHF. 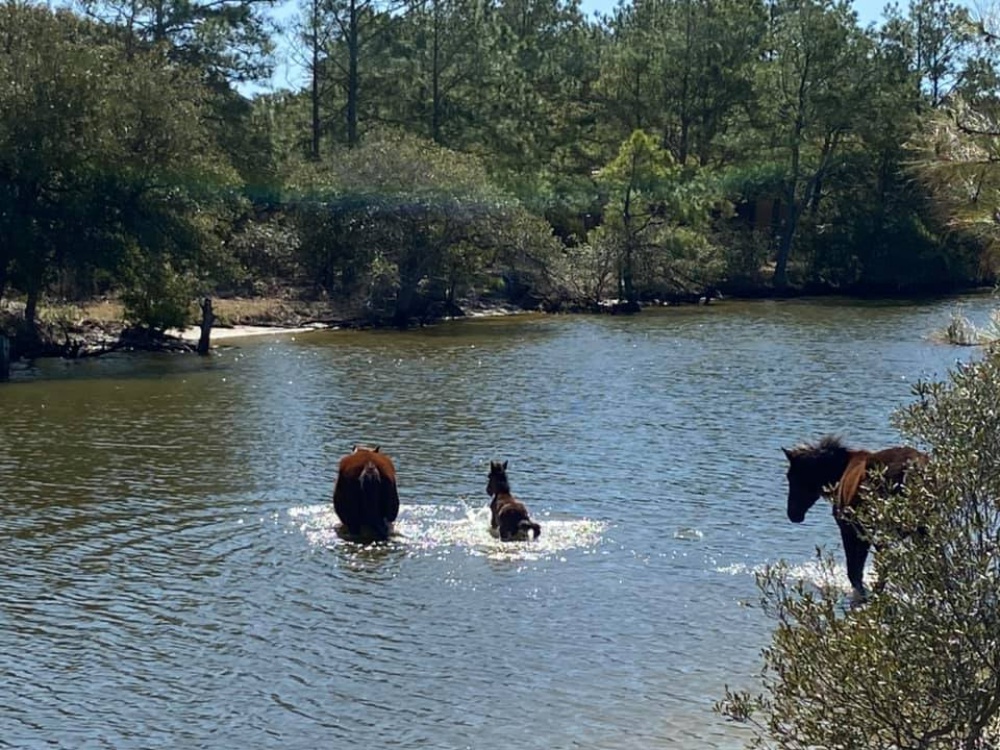 As more people start to head to the islands for a chance to view the wild horses in person, the horse fund reminds people to keep their distance (50 feet or more) from the wild horses.

“It’s foaling season! With so few of these horses left in the world, every single baby born to the herd is critically important. Do not disrupt families by approaching them. Foals imprint quickly and easily; it’s imperative that they do not become familiar with humans at an early age. Stress can cause aggression in adult horses, which can lead to injured or even killed foals. They are also very protective and will charge, bite, and kick at humans who get too close.”

It is a privilege to see these magnificent animals in their natural habitat, so please do not feed, touch, or interfere in any way.