As much as we try to let wildlife remain wild, it’s hard not to root for the little guy.

In this case, the little guy is an otter swimming in a bay along the Pacific coast. He’s quite a distance from the nearest land, and a massive Orca is targeting him for a quick snack.

With few other options, the otter heads straight for a nearby boat, the same the cameraman in this case happened to be floating upon. 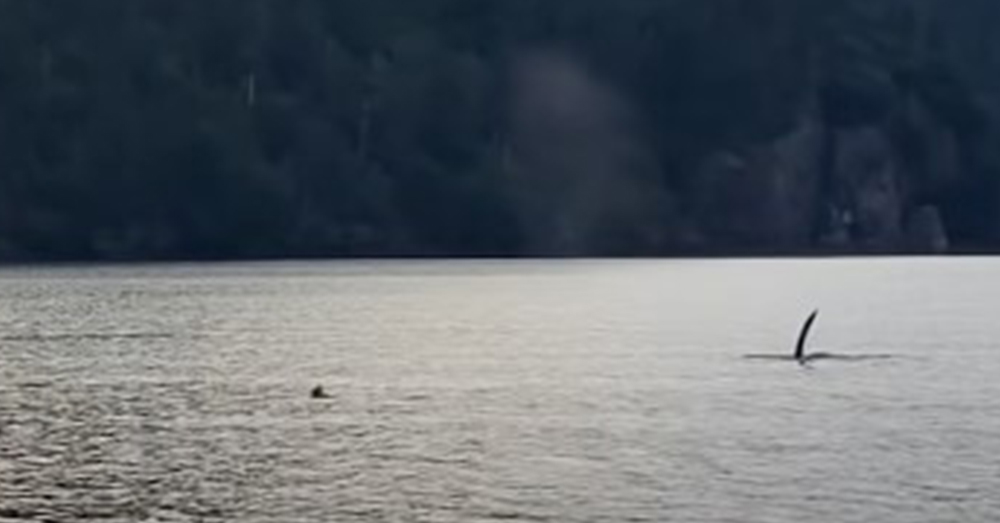 Source: YouTube/T&T Creative Media
The Orca’s dorsal fin is visible in the distance.

There’s little doubt the otter must have felt the pressure seeing the Orca’s dorsal fin sticking out of the water. 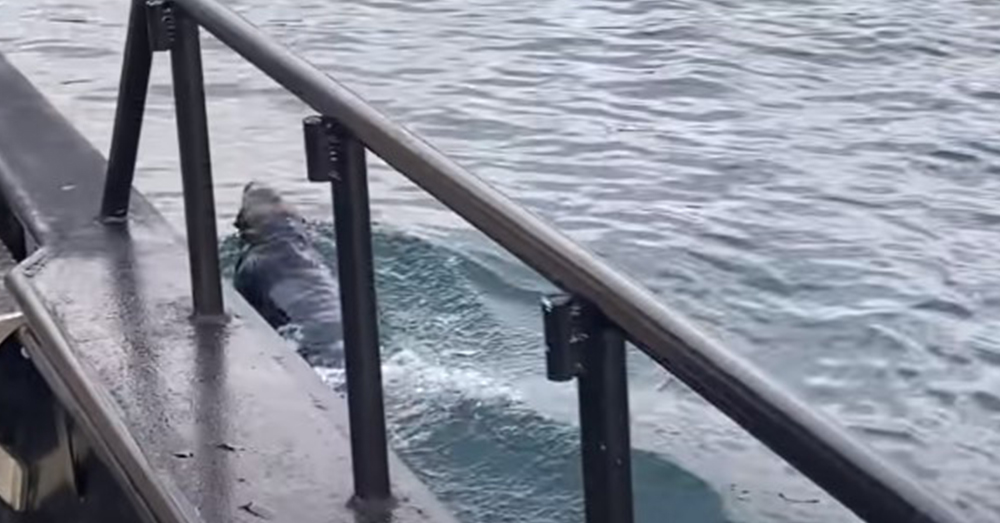 Source: YouTube/T&T Creative Media
The otter swims alongside the boat.

The otter makes it to the side of the boat just before the Orca. Swimming alongside the ship, it eventually finds a place it can leap onto. 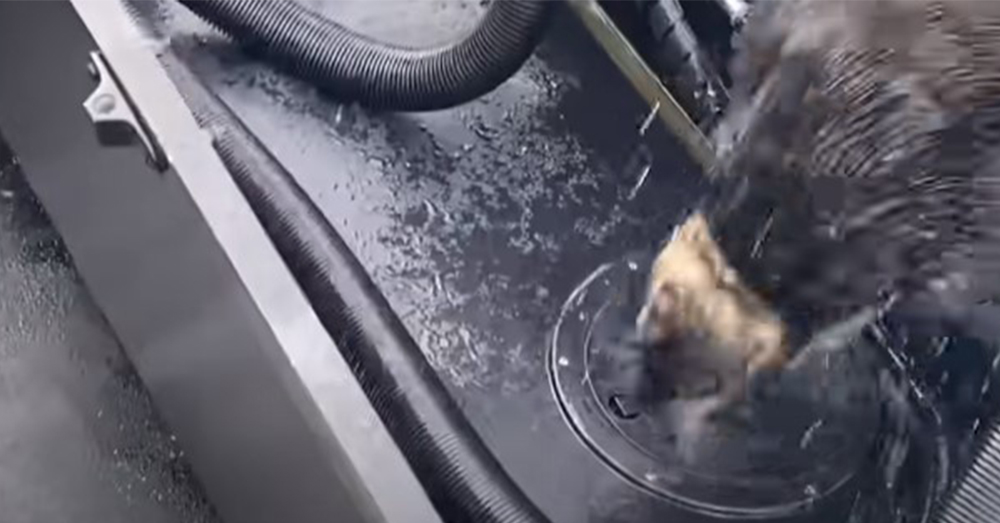 Source: YouTube/T&T Creative Media
The otter makes a move for “dry land” and hops on the boat.

Perhaps thinking the otter might slip off the other side, the Orca circled the ship for a short while. 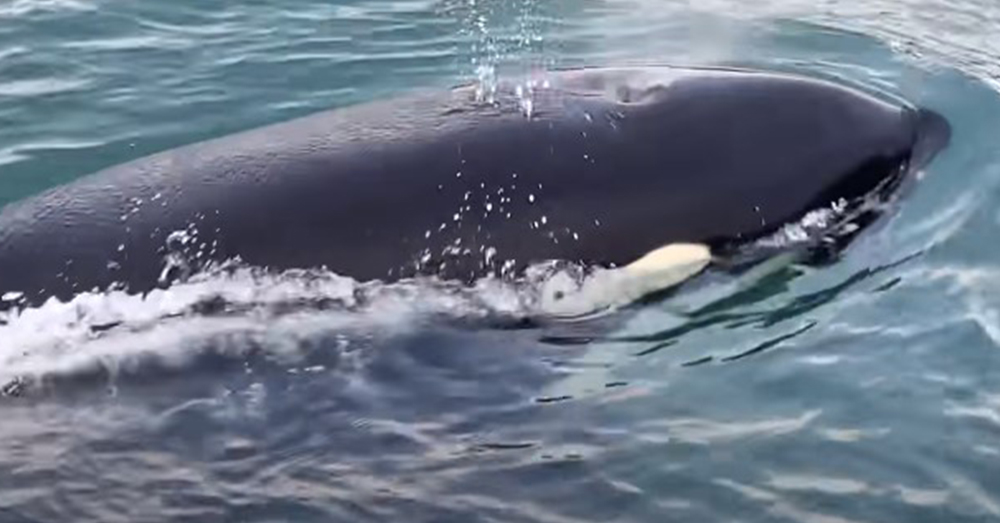 This Orca will have to find lunch elsewhere, which may not be that hard, considering their diet. According to Killer-Whale.org, Orcas “usually prey on squids, octopus, seals, sea lions, sea otters, rays, dolphins, sharks, baleen whales and of course, bony fishes. Occasionally, turtles and seabirds, including penguins are added to their diet.” 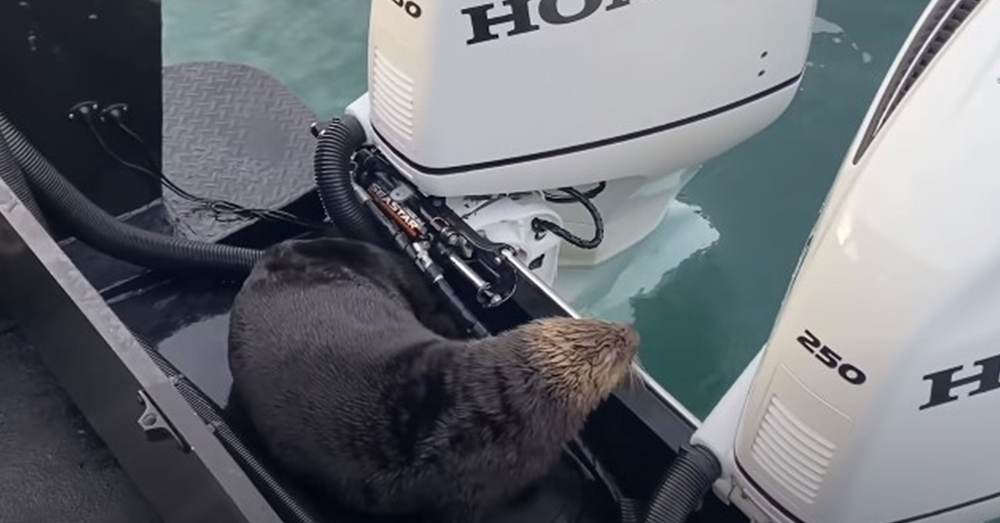 Source: YouTube/T&T Creative Media
Safe and sound from the Orca, for now.

The otter, safe from the Orca’s jaws, seems to be much more at ease around his new human friends. They helped him escape the jaws of death, after all. 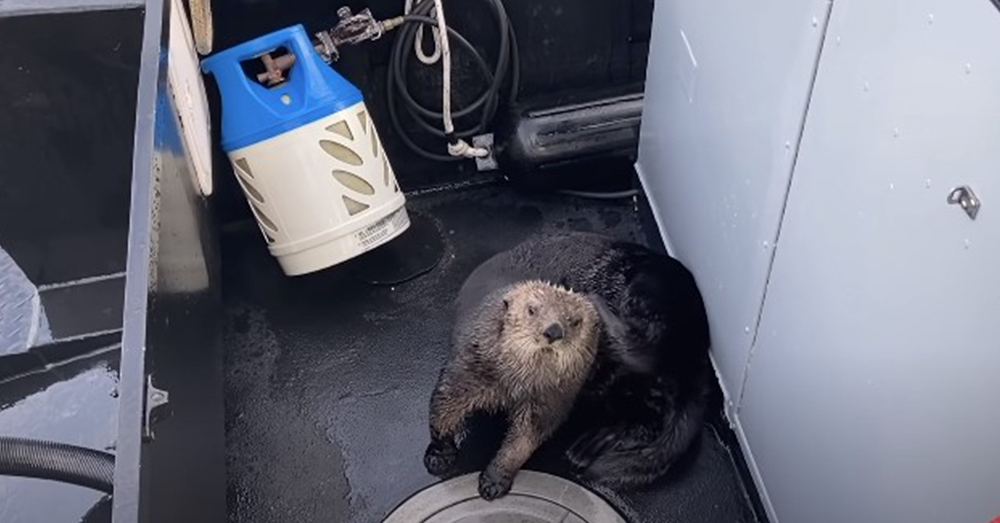 Source: YouTube/T&T Creative Media
This otter feels much safer around the humans than it does the hungry Orca.

Watch the thrilling chase and the otter’s last-second escape in the video below.