Izzy, a now 17-year-old horse, has served with the Orlando Police Department since 2012. He has patrolled the streets, trained new officers, made countless friends, and is now ready to retire.

But not before being spoiled by the department.

Orlando Police Department’s Mounted Patrol Unit was founded in 1982 with two horses. Over the years, the department grew and the stable is now home to eight patrol horses. 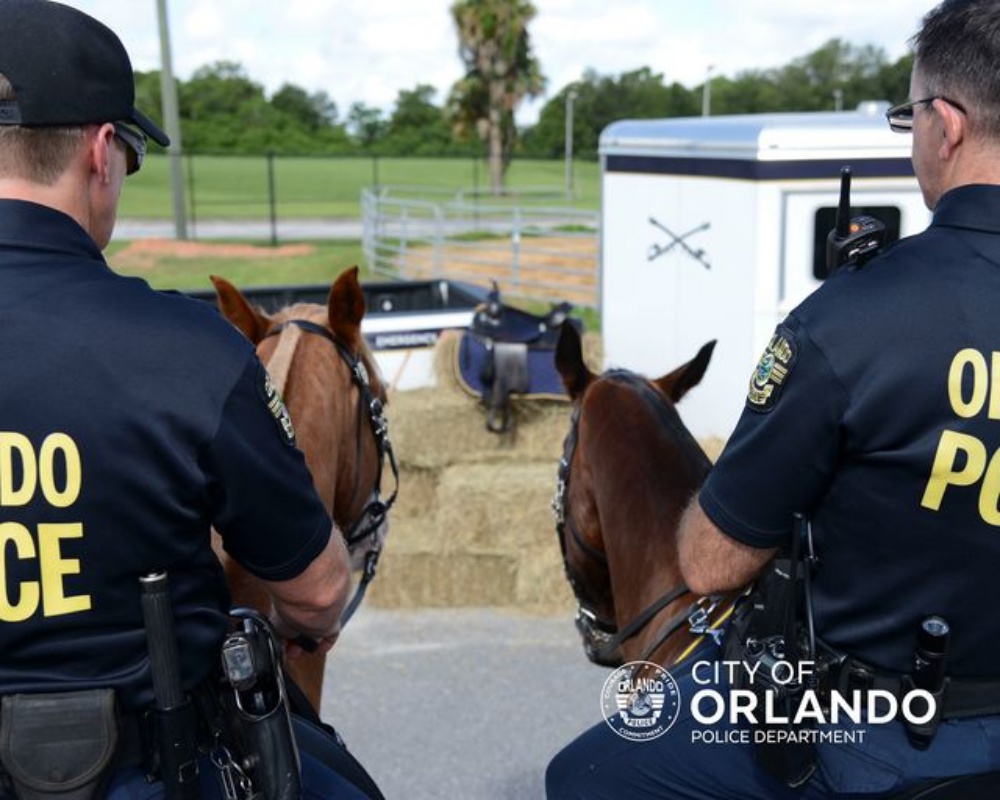 Izzy is one of the tallest horses at the stable, standing over 17 hands tall. While he took his job seriously, he always made sure there was time for ‘horsing around’.

“He was great on patrol, a great trainer of new riders, and he’ll be sorely missed around the barn,” wrote the department in a post announcing his retirement.

The department wanted to thank their trusted partner for his service, so they made Izzy a tasty homemade cake and recorded him gobbling it up.

“But before he trotted off to greener pastures, Sgt. Jewell made sure there was cake…”

The horse-friendly cake was made of carrots, oats, apples, and molasses and was adorned with a “Happy Retirement” decoration. 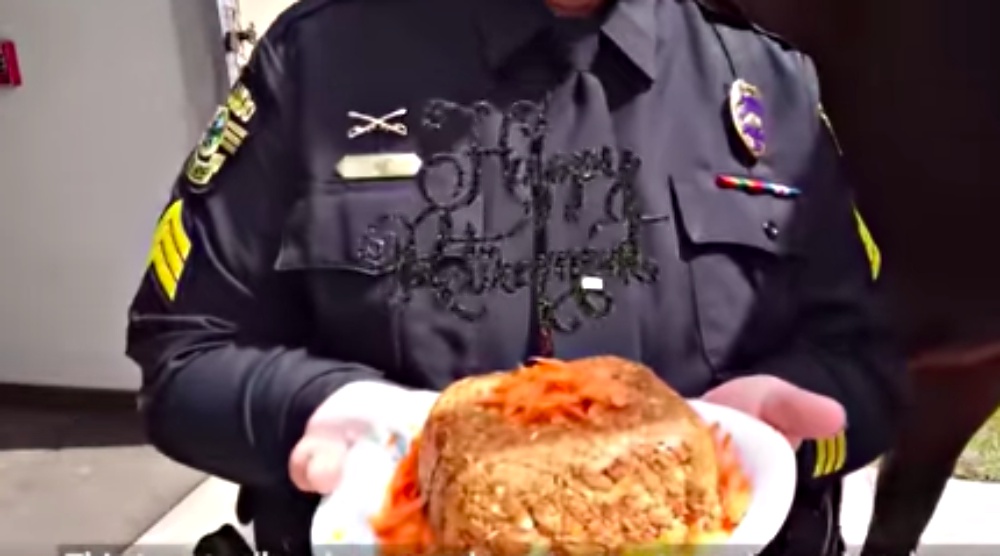 Sgt. Jewell presented the cake to the friendly horse and said “Izzy, I hope you like it.” 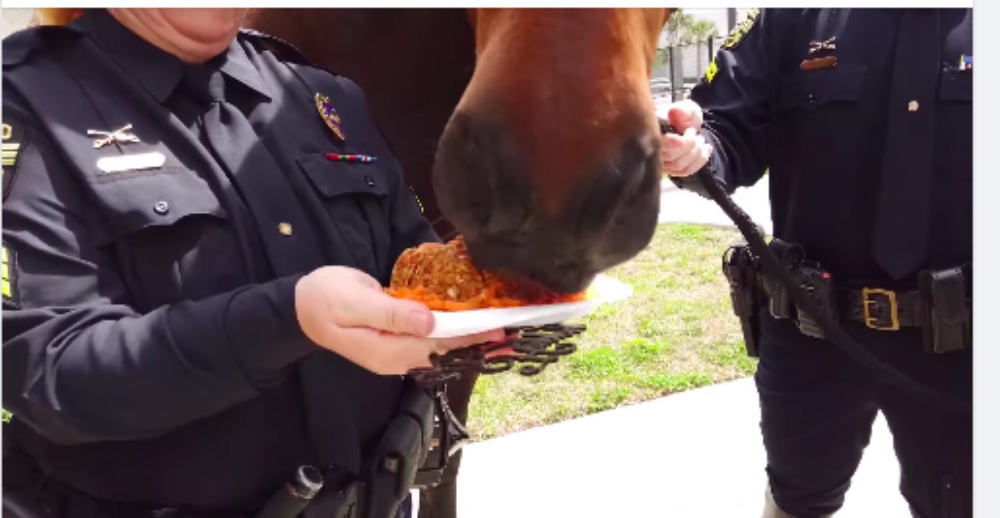 Izzy at first dove into the cake, which required the officer to hold the plate with two hands, but then slowed down and savored eat bite.

He’s a bit of a messy eater and one officer joked, “He’s not known for his table manners.”

The video ended with the department congratulating Izzy on his retirement.

People joined the officers in thanking Izzy for his service and wished him a long and happy retirement.

“Have a wonderful retirement, Izzy. Green grass and cool waters..”

Watch Izzy devour his cake in the video below and don’t forget to share!