The Key to My Galaxy: The Week I Lost My Best Friend

On 4/25/2005 Orion was adopted from S.A.V.E. Animal Rescue. I went there with the intention of adopting a playmate for Precious, a calico I adopted 2 weeks earlier. I had my eye on this little black and white cat named Glenda but my friend that volunteered there insisted that I meet Orion and that he was the perfect cat for me. I walked over to his cage and saw this sweet little boy staring up at me. His name at the time was “Speedy” and I was looking at him thinking he did not look very fast. She asked if I wanted to hold him and as they put him in my arms he fell asleep. At that exact moment I knew he was meant to be mine. 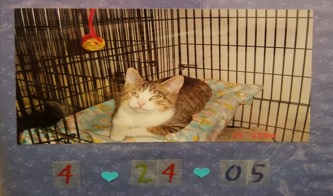 The easy part was bringing him home. The hard part was naming him. I was toying around with name Legolas because Lord of the Rings was very popular and it went with the theme I already had (my other girl’s name is Precious). But, my mom told me that Legolas was too hard to pronounce. I was sitting there flipping through channels and Men In Black was on TV. It was at the part where they were in the morgue and I heard “to prevent war, the galaxy is on Orion’s belt” when it hit me. Orion, his name will be Orion… and what a fitting name it turned out to be…because he was my world. 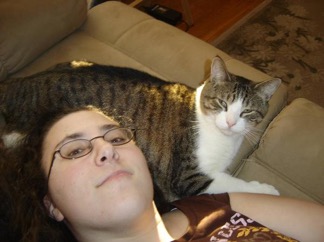 Precious and Orion got along so well that in July I adopted a new brother from them, Hunter. Then a few years later Rayden came along. My mother affectionately named then the “Fantastic Four”. Rayden and Hunter both passed on but Orion remained my little buddy, my mama’s boy. 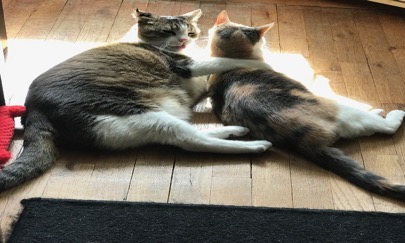 As Orion got older he enjoyed more naps, cuddling and snuggling with his stuffed animals. Instead of exploring like his sister he would just lay there. People would say he was “lazy”, I say he was observing and pondering the deeper meanings of life.

He could be heard purring from the other side of the room, would nibble on your fingers and give tons of kisses. He was always the first to greet someone at the door and would lay at your feet until you pet him. See, Orion seemed to think everyone that came to visit was there to pet him and give him treats. When people would tell me they weren’t fond of cats, I would have them come over and they would spend a few minutes with him and change their minds.

Over the past few weeks, Orion just didn’t seem like himself. He looked like he was losing weight, seemed lethargic and over the past few days, it just seemed to get worse. On Tuesday, I took Orion to the Vet and I received the heartbreaking news that I was praying they wouldn’t give me: “I’m sorry, but there’s nothing more that we can do.”

On 10/10/2017, as we laid there with him on his bed, Orion peacefully crossed over to the big cat tree in the sky. Orion was a very special cat. He was one of a kind and will be missed more than anyone could ever imagine.

Please share pictures and stories of your loved ones that have crossed the rainbow bridge in the comments section! Losing one of our own reminds us that all of our furbabies deserve to be remembered. 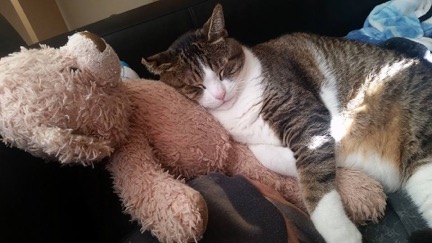