Being Raised With Dogs, This Orangutan Thought She Was One. Now, She’s Finding Her True Identity

More than four years ago, Utat the orangutan was found crying and alone in an Indonesian forest being prepared to become a palm oil plantation. The man who found her did the only thing he could think of and brought her home with him. For four years, the baby orangutan grew up around the man’s pet dogs. She was part of the family. She was treated like a pet and was even allowed to play with the man’s children. 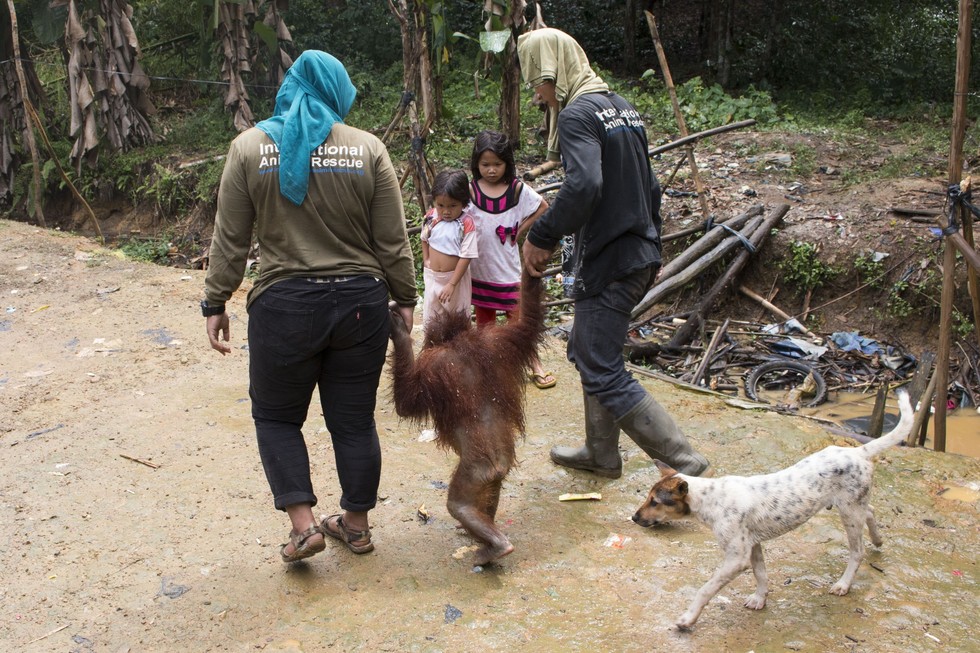 It all started to change when Utat began to grow and became too big to be handled or carried. Out of fear for his family, the man wouldn’t let his children around her anymore. He made the decision to send the animal to a nearby animal rescue facility to learn who she really was and get the care she needed.

“Her owner was becoming wary and even scared of her,” Ayu Budi Handayani, a veterinarian with International Animal Rescue (IAR), said. “He no longer wanted to hold or handle her for fear she would bite him.” 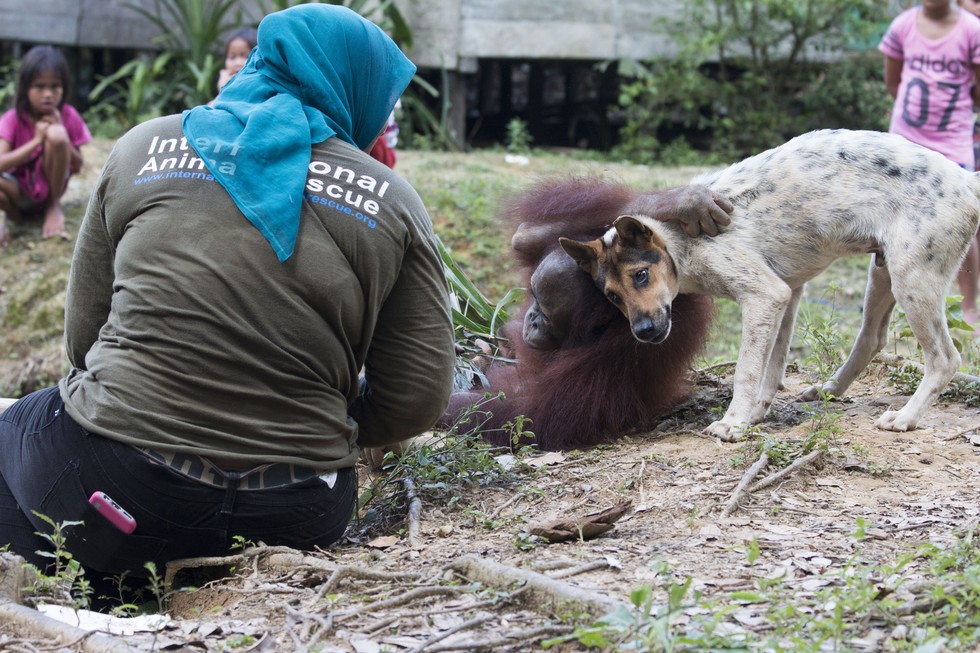 Handayani also noticed that Utat wasn’t in the best health. After living on a diet of human food for so long, the orangutan suffered from dry skin and had lost quite a bit of her hair.

“Utat was suffering from very sparse hair and dry, flaky skin — and she also smelt very bad,” Handayani said. “This was no doubt a result of her diet: The poor creature was mostly fed on rice and salted fish, or rice on its own, flavored with monosodium glutamate (MSG).” 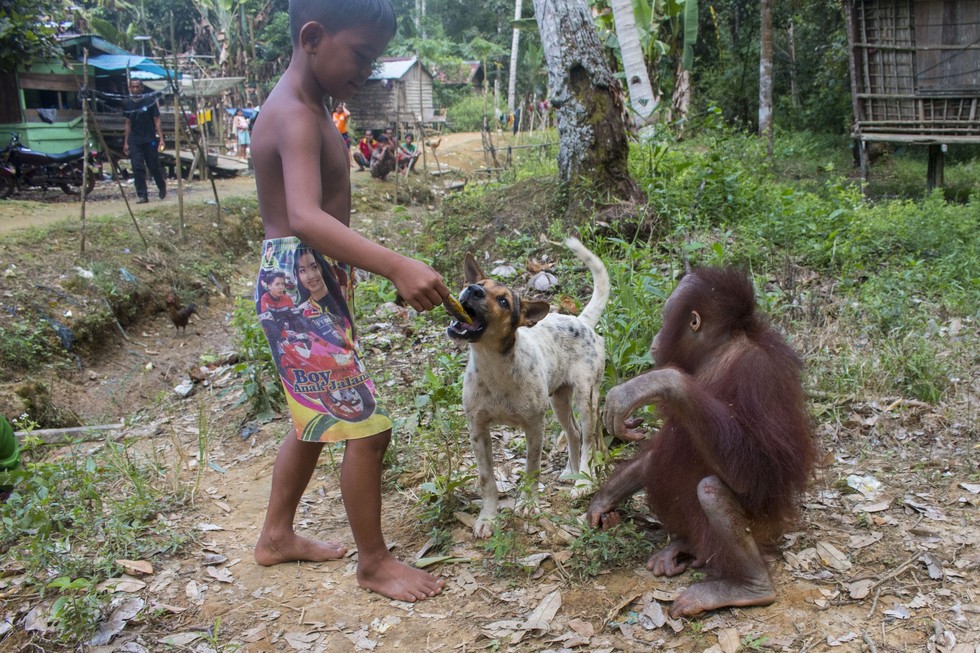 Utat also had no idea that she was a wild animal. The staff at the animal rescue made a strict plan to help teach Utat the ways of a wild orangutan, so one day she could return to the wild.

“Although she is clearly used to being around dogs, she won’t be socializing with dogs in our center,” Lis Key, spokesperson for IAR, told The Dodo. “Wild orangutans would have no opportunity to meet dogs in the forest, particularly as they spend most of their time off the ground in the trees.” 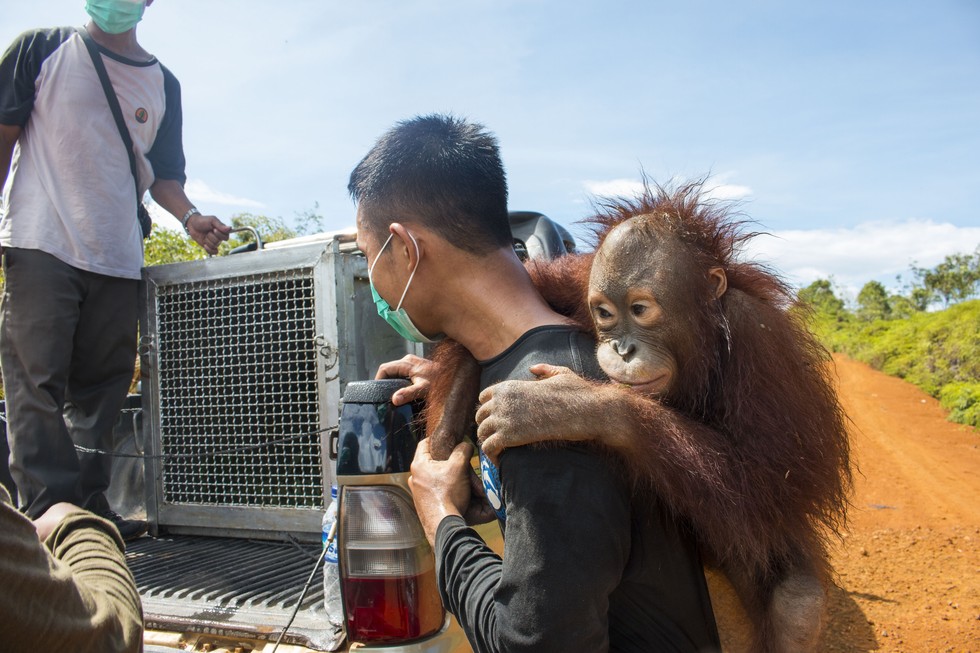 Eventually, Utat will be moved to an area where she will be surrounded by other orangutans. For now, she is slowly being introduced to all of the skills she should of learned as a baby.

“Having been without her mother since she was a tiny baby, she has never been taught the skills she will need to survive in the wild,” IAR wrote. “Now she will have to learn from the other orangutans.”