You May Have Seen These Cute New ‘Pets’ Before, Rooting Through Your Trash

Opossums are North America’s only known marsupial, though they’ve not been given the same stature as kangaroos or koalas.

For many, the sight of an opossum is enough to induce the shivers. Perhaps their aversion is misplaced. When similar scavengers colloquially named “trash panda,” “beach chicken,” and fart squirrels” manage to get more respect than you, it’s certainly a sign that nature isn’t always kind.

Do opossums deserve our affection all the same? Your local verminophile certainly thinks so.

People have been keeping ‘possums as pets for centuries. They’ve also been raised for meat, according to the New York Times, once even served at the White House. 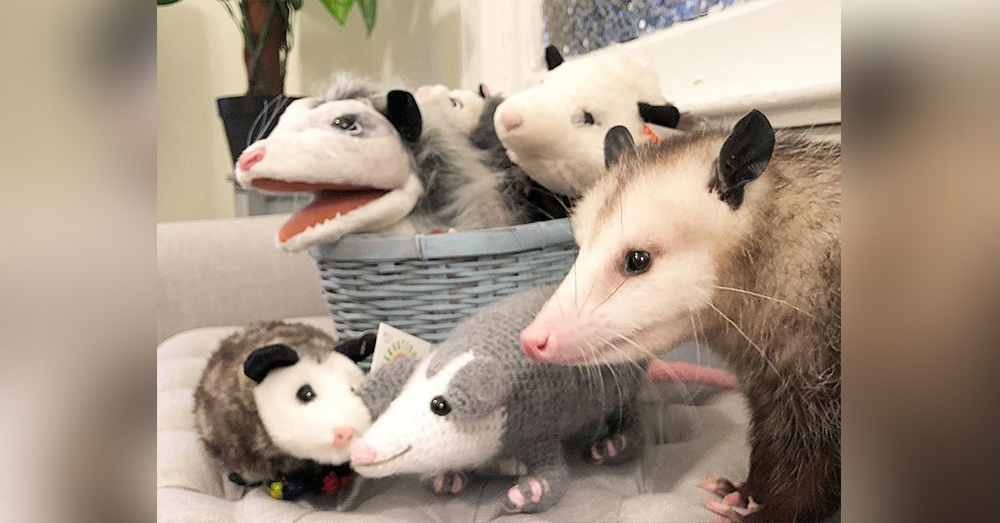 Source: Instagram/itsmesesame
Could you use some ‘possum in your life?

Today, the opossum kingdom has a number of staunch human supporters. Many of them have pet ‘possums of their own. In most every instance, a human needs a wildlife rehabilitation permit to care for the animal, which is expected to be released when it can thrive on its own.

One of the more well-known opossum pets is named Starfish. She hails from Virginia, where she is kept by certified wildlife rehabilitator Ally Burguieres.

Poppy the opossum is another one of the venerated vermin. With nearly 40,000 followers on Instagram, it’s evident she’s popular.
Watching her snuggle in, it’s not hard to see why!

According to Animal Wised, opossums have an average lifespan of three years or shorter in the wild, dealing with both predators and human intrusions. There’s a chance they will live longer in captivity if given the right diet and exercise, but as wild animals, they may find home life a little restrictive.

Still, the promise of bristly-coated friendship is too much for some to pass up. Perhaps in the future, regulations may be relaxed, and opossums will be kept as pets more regularly.

“It’s been really cool watching people turn around their opinion, instead of just seeing them as creepy, hissing animals,” Allison Sanchez, caregiver of opossum Glenda told the New York Times.

Opossum parents should know that their marsupial mates are omnivores. There’s not a whole lot they will pass up, especially in a garden. Their favorite foods include:


Think you could ever snuggle up next to an opossum?

See more of Poppy in the video below. You might just change your mind!