One year later, a puppy grows (and grows, and grows) When I told friends earlier this week that it’s been a year since we adopted Charlie Brown the so-called hound/collie mix, everyone seems astonished that an entire year has passed. When I brought him home that first day, he howled like a wolf in the back of the car for a few minutes, but then settled down and went to sleep. I pulled the car over, near the former military base known as “Fort Devens” and took a couple of pictures of him snoozing in the back seat. I couldn’t believe we were bringing another dog home, so soon after the sudden death of our dear, beloved Hector hound dog just five months earlier. But there I was, puppy in hand, about to launch into the next adventure.

It’s often said that you don’t get the dog you want, you get the dog you need. That was true of Hector, who challenged me as none other had before him. But it’s even more the case with Charlie Brown. The challenges are different from any I’ve known with other dogs — namely, house-breaking, what a chore! — and then there’s the digging and eating furniture and other foreign objects. I should have collected all of the items I either pulled out of his mouth, or found in a pile of vomit!  It would include an antique upholstery nail (that one I grabbed out of his mouth); an auger-shaped screw (same); anything plastic or wooden; a decorative piece off grand-dad’s end table (I cried); rusted pieces of metal (didn’t sleep all night after that one!).  None of my previous dogs presented us with those particular challenges.

Every dog is different, and they teach us so many lessons, don’t they?

Today, our puppy is still a puppy at 15 months old, (and he is huge). Five months ago, we adopted his brother, Cooper, who was surrendered back to the rescue organization at 7 months of age. This is the age when pups are known to challenge their humans most of all. Sadly, most dogs are surrendered to shelters between the ages of one and three years, for reasons mainly attributable to humans being unable to handle the challenges a young dog will present, repeatedly, during these growth phases. We know our dogs will get more rambunctious during the next 18 months, but then…. then? After “the terrible twos”, the rewards will be 100-fold. We’ve been through this before. We’ve had many “best dog in the world” canine companions, and we had to get through the trials and tribulations to come out on the other side with great dogs. These two will be no different, they are already showing us their remarkable personalities. They’ve stolen a piece of our hearts, as did all our previous hound-y family members.

Some day, we will look back on this and remember when Charlie Brown and his brother Cooper were puppies; and we’ll say, “I can’t believe that much time has gone by.”  But for now, we’re just enjoying the ride.

Did somebody say “Ride!”?

Woman Who Took Care Of Chained Dog For Over A Year Is Finally Able To Take Her Home: Click “Next” below! 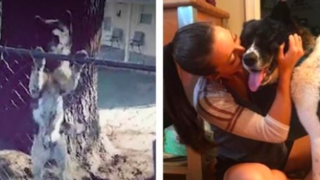 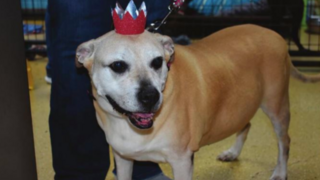 12-Year-Old Dog Finds A Forever Family After 2,461 Days At The Shelter 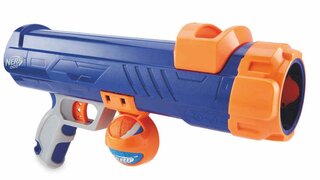 Aldi Is Selling A Nerf Tennis Ball Launcher For Dogs