Cat Cruelly Beaten, Blinded, And Thrown Out With The Trash

A woman was dropping her child off at school when she made a startling discovery. Someone had thrown a one-eyed cat out with the trash.

Nobody knows how the one-year-old cat, Artex, came to lose his eye, but the poor creature was writhing in pain when rescuers first found him. According to Bredhurst Cats Protection, an animal rescue organization in Kent, England, the cat was hit with such force that his eye socket burst open, then was left to fester untreated. Just to throw salt in the wound, the cat’s owner cruelly threw his or her injured pet out with the trash. 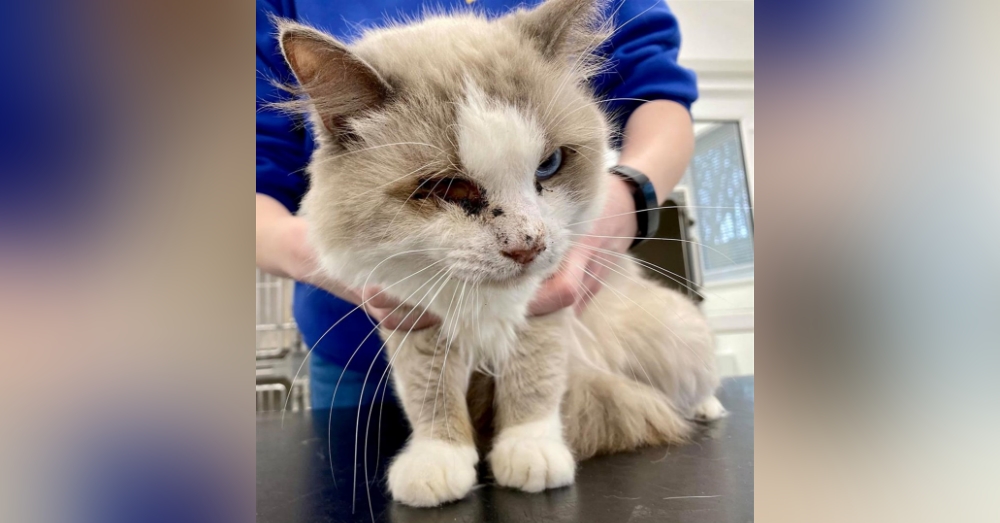 The charity rushed Artex to the vet, where the poor cat was given medication, antibiotics, and other emergency care. When the cat’s condition stabilized, the furry patient – who clearly hadn’t been treated well in his old home — was also treated for fleas and worms.

“In the near future he will need to have surgery to his eye socket to clean it and stitch it up,” rescuers wrote on a fundraising page seeking money for Artex’s mounting medical expenses. At time of writing, Bredhurst Cat Protection had raised almost US$3,000. 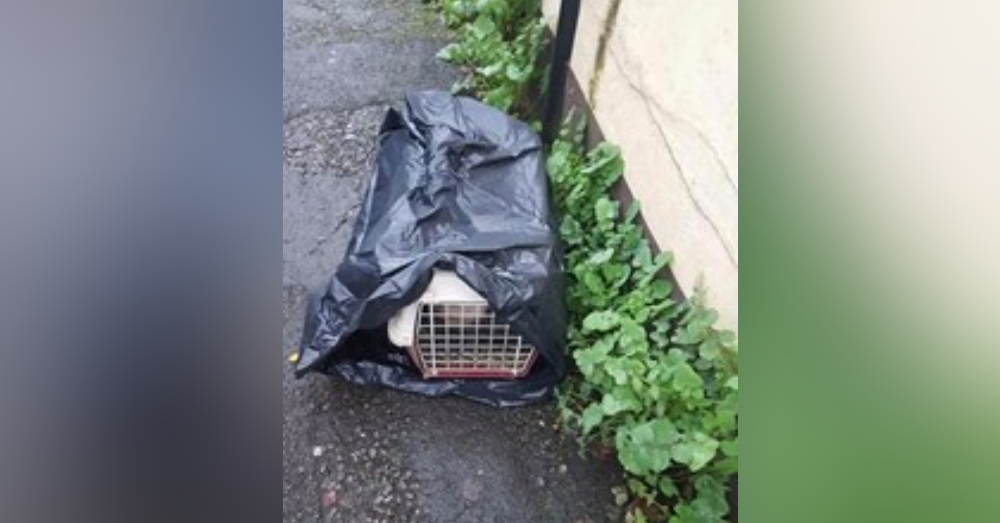 Artex is understandably terrified after this ordeal, which is all the more heartbreaking because he was likely injured and abandoned by someone he loved and trusted. Now wary of all humans, the young cat doesn’t understand that these rescuers, including his current foster parent, are trying to help him recover from this trauma.

“At the moment, he is very scared of human contact and he’s not comfortable with a lot of handling,” rescuers explained, noting that they still don’t know who could do such a terrible thing to an innocent animal. 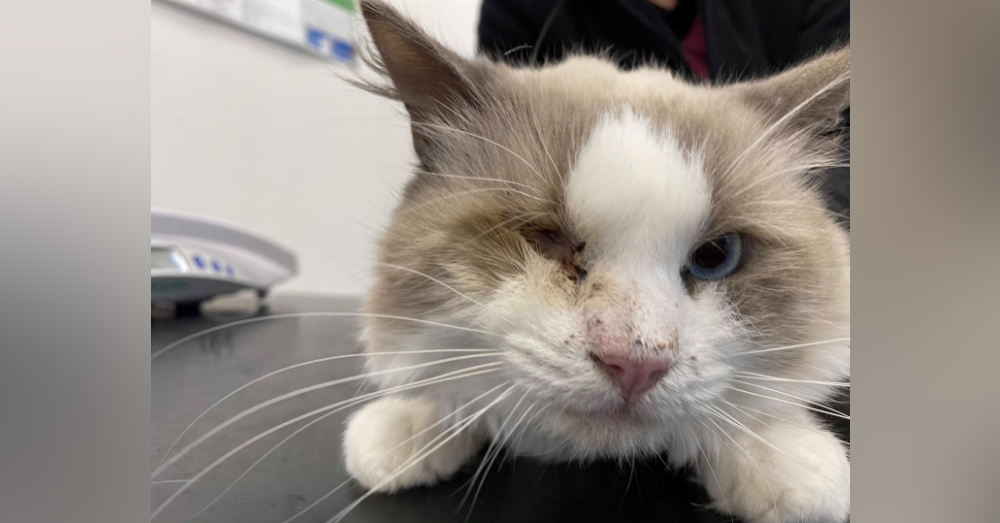 “We don’t know how Artex lost his eye or came to be abandoned, but Cats Protection will now make sure that he is well cared for, receives the medical treatment he needs and is given every chance for a full recovery,” rescuers wrote. “This will take many months and will likely cost Bredhurst Adoption Centre in excess of £700 If you can help us to help Artex, we’d be grateful for any donations you can give.”

You can donate here to support Artex’s ongoing recovery. Any excess money raised will be used to help Bredhurst Cat Protection rescue, rehabilite, and re-home more needy cats and kittens.