Jack Russell Terriers are known for their spunky personalities and never-ending energy. An adorable rescue named Olly attempted to win an agility class, but ended up stealing the hearts of all the onlookers with his wild antics.

The announcer introduced Olly as the next contestant in the Rescue Dog Agility course at Crufts in the UK. He bolted out at record speed. Shortly after starting the course, Olly missed a jump and dove head first into a pole, but that did not slow him down. He went on to miss a few more obstacles and that made the announcer start to laugh. 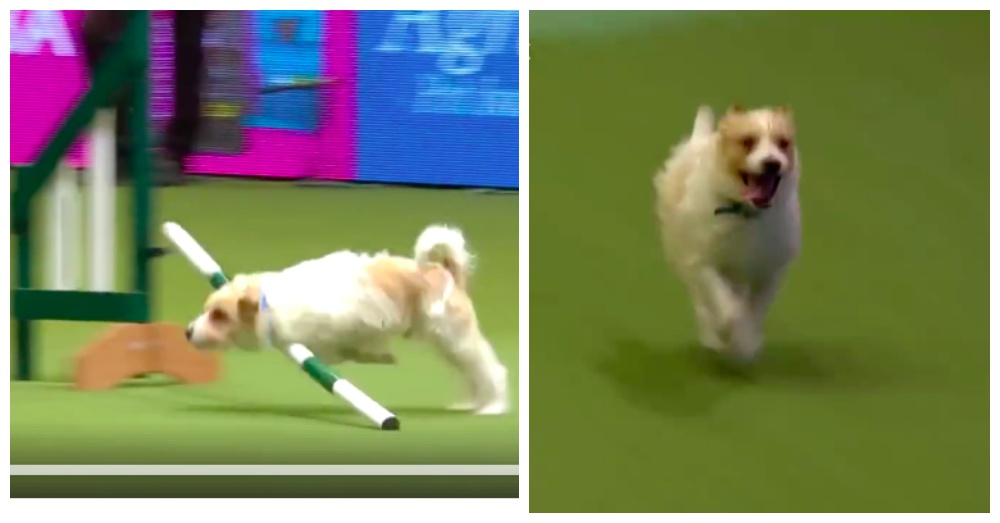 “He is all over the place,” giggled the announcer.

The little dog did not seem to care but just continued at a crazy fast pace. Olly took a wrong turn but he was having the time of his life. “It doesn’t really matter does it.”

He started to weave through the poles, but halfway through decided he had enough and moved on to the next obstacle. 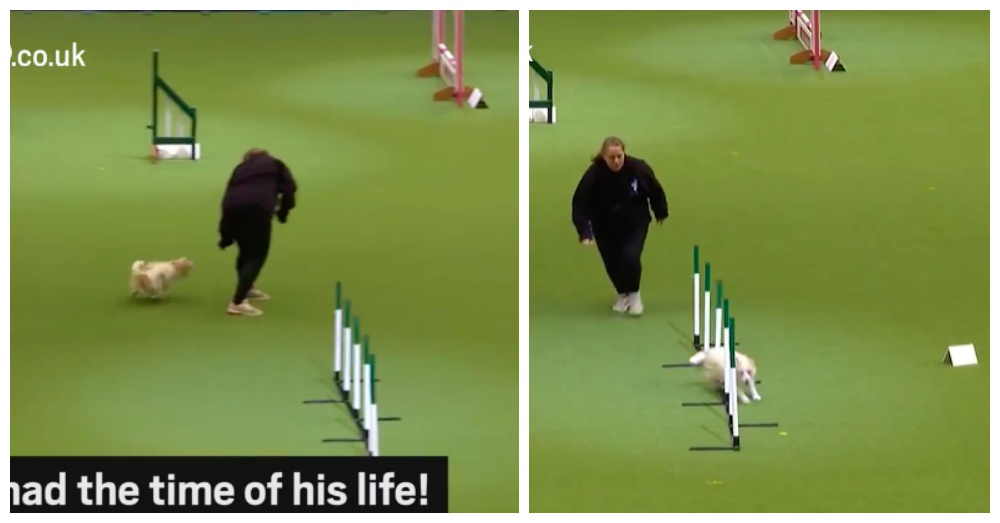 The energetic pup continued on the course and took the A-frame obstacle so fast he had his two hind feet in the air. This sent the announcer into hysterics, “Olly is totally crazy. Ha, ha, ha here we go.”

At one point, Olly became distracted by something in the corner of the ring and went to investigate before returning to the course. His handler, Karen, continued to encourage him onto the next obstacle. By the end, everyone was laughing and in love with the wild boy.

“He is having a ball. He loves life and exercise.” 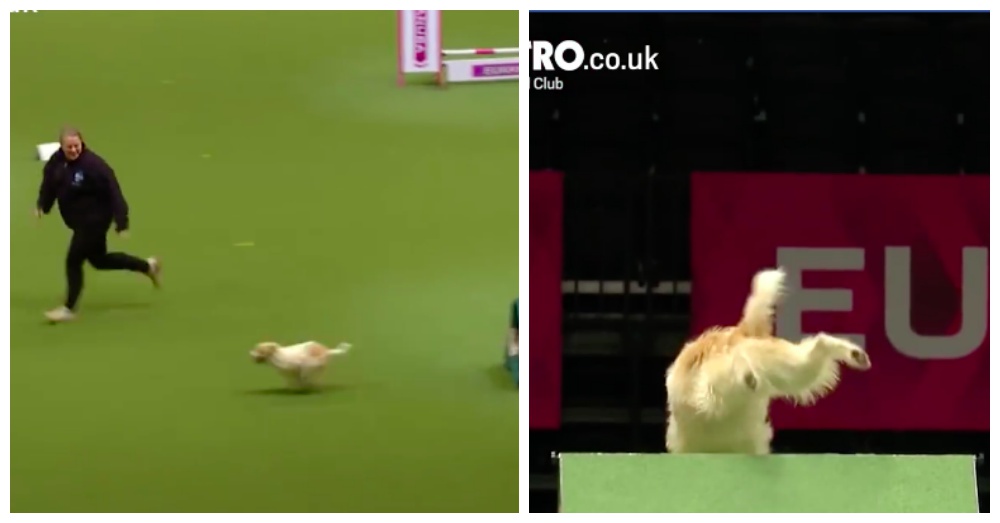 They saved the best for last, as Olly was the last one to compete in the small dog division. “Oh, I love it,” stated the announcer as Olly exited the course.

The wild boy does things his way and the results are hilarious. Never change Olly. He may not have won the class but he definitely won the hearts of everyone in the audience.

The video has gone viral with over 22 million views. It is guaranteed to make your day.

Watch Olly’s hilarious antics in the video below.