Thanks to the quick eye of a veterinary intern, 10-year-old Ollie is going to have a much better summer this year. The intern spotted a tick behind the Sheltie’s ear—the culprit of Ollie’s declining health—just moments before he was about to be euthanized.

Ollie’s owners Al and Joelle Meteney started seeing their pet’s health decline after a trip to the Umpqua River and Eastern Oregon. According to DoveLewis Animal Hospital, they took him to several veterinarians who put Ollie through a full range of tests, including blood work, a urinalysis, and a variety of X-rays. But still there were no answers. He was even given medication to potentially treat his sluggishness and paralysis, but Ollie’s symptoms only worsened. 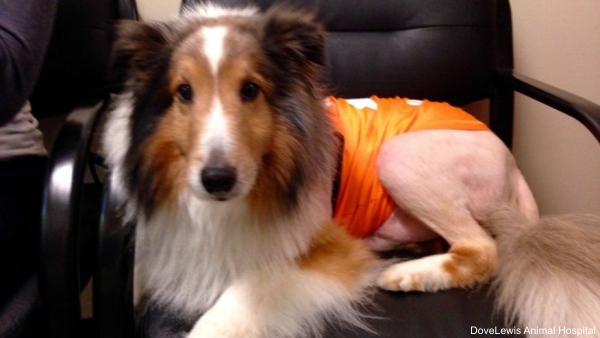 “He still had a little sparkle in his eyes so he didn’t look really sick, he couldn’t really move… but you know, his expressions were still lively and responsive, his ears were still perking up. It was almost unreal,” Joelle said.

Before the Meteneys brought Ollie to DoveLewis, he was almost completely paralyzed and unable to eat or go to the bathroom on his own. They saw no other choice but to put Ollie down, and save him from suffering.

“They finally decided they had reached their limit and it was time to help him pass,” said DoveLewis Animal Hospital veterinarian Dr. Adam Stone. “He couldn’t stand, he couldn’t walk, he couldn’t urinate, couldn’t defecate. So they had instructions to go get his bladder emptied twice a day from the regular vet to see if he would improve.” 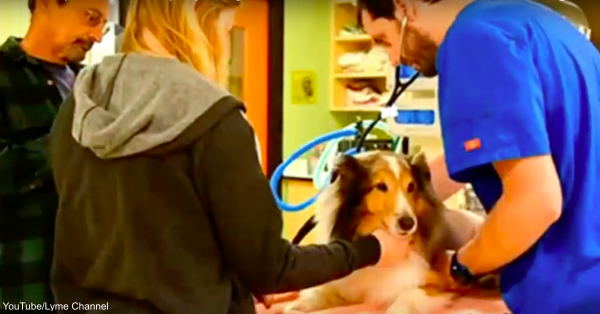 Dr. Stone said Ollie’s symptoms could be linked to anything from cancer to trauma, or even a vertebral, or a spinal fracture. In reality, none of those were true. As Dr. Stone and extern Neena Golden readied Ollie for euthanization, Golden scratched behind his ears and felt a strange lump in his thick fur—a tick.

Ollie had been suffering from tick paralysis, a condition so rare that only one other person at DoveLewis had seen it. Once lodged in a dog’s skin, the saliva of certain ticks will slowly make its way into the dog’s neurological system, causing paralysis. Fortunately for Ollie, removing the tick is completely curative.

After Dr. Stone extracted the tick, Ollie was on his way home with the Meteneys. The recovery process was estimated to take a few days, but the spunky dog showed his true spirit only 10 hours later, waking Al for a bathroom break. 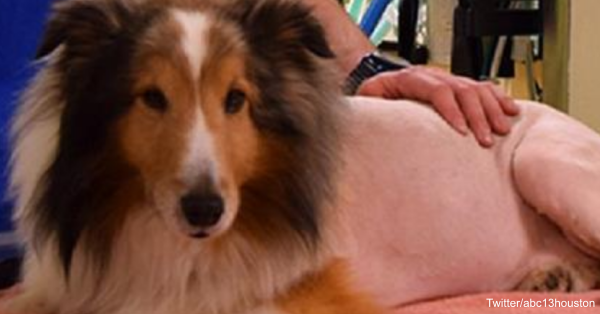 “When we got the call from his owners that Ollie was doing fine, we all high-fived each other,” Golden said. “That might be the one tick paralysis case I experience in my career. It was exciting that we could help.”

It’s always nice to hear happy endings to animal stories, but, unfortunately, some animal stories are sad from the start. Despite the limited protection provided by state and federal regulations, such as the Animal Welfare Act, less-than-ethical entrepreneurs are exploiting loopholes to sell animals directly to consumers, often using the internet as a conduit. While advocates continue to push for tougher legislation, consumers continue to unknowingly purchase dogs from puppy mills. Rather than waiting on the lethargic legislative process, consumers can intervene directly by making responsible and informed decisions when searching for that new family member. Sign this pledge and help put puppy mills out of business.