When She Was A Baby, She Found A Group Of Best Friends. They’re Unlikely, Yet Inseparable!

This eight-month-old pig, named Olive, fits right into her new home with her new siblings. But they are not exactly like her, they are dogs! Her doggy siblings are Tilly the British bulldog, Alfie the Boston terrier and Lola the French bulldog. They all reside on a small farm in Sydney, Australia, with their humans Alissa and Nick Childs. Olive joined the family in October 2015 and has loved it ever since. 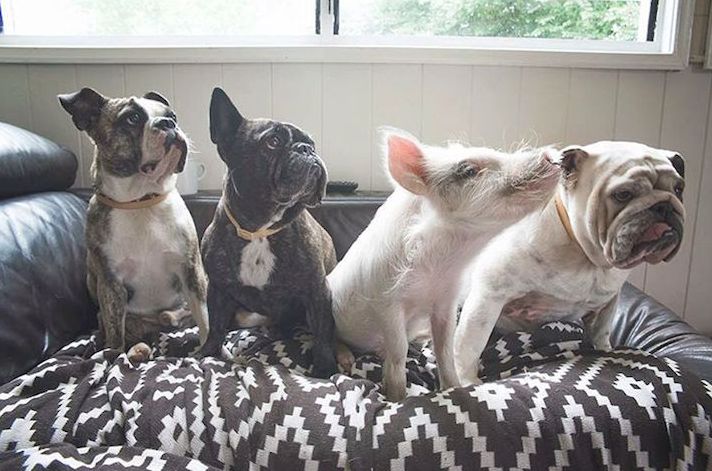 She spends most of her time grazing on the lawns, playing outside, or napping on the couch. But no matter what she’s doing, she’s always with the dogs! I think that she thinks she IS one; she acts just like a puppy. But it’s so cute! According to her human Alissa, she spends every hour of the day with them. If the dogs run at the gate to bark at something in the street, she races with them. 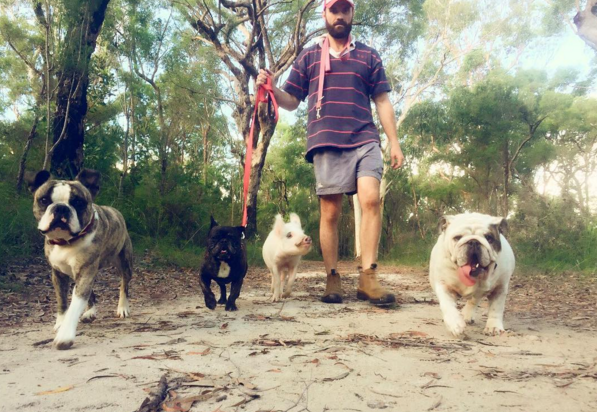 Aside from living with dogs, she also lives with four chickens and three goats! All of them together make one unusual family, but they enjoy each other’s company and all get along great. Olive wears a ring in her snout, which was fitted by the vet before she was brought home. It keeps her from digging too aggressively and allows her to live at home with the dogs, instead of in the enclosure with the goat. Her human says she would be too distressed if she had to stay in a paddock while they’re out, and that she prefers to be with the dogs. 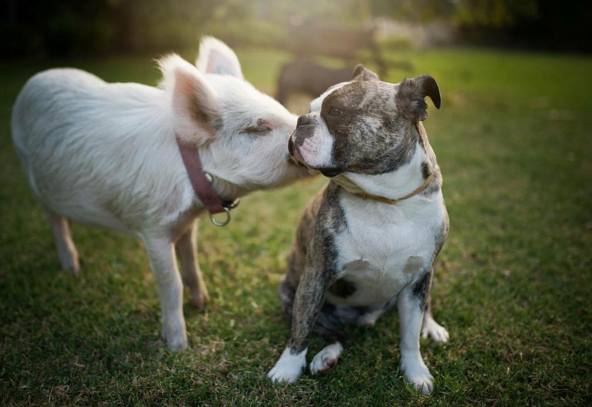 When they first adopted Olive, she was just a baby, and Lola the French bulldog mothered her. Now, they all play and nap together, but it was Olive and Lola who grew the strongest bond the fastest. They document the pigs and doggy siblings’ journey on her Instagram. Check it out to see even more adorable pictures of them! 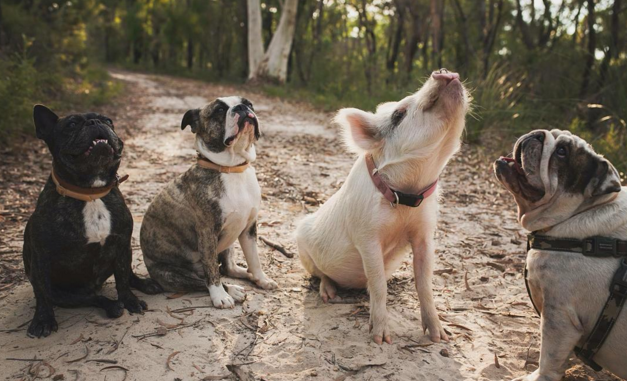 Watch these adorable best friends in the video below: