Bacon Is The Internet’s New Favorite Dog, And It’s Not Hard To See Why

There’s an theory among pet owners that they start to look like their animals after a certain amount of time.

If that’s to be believed, then Old Man Bacon has been hanging around humans for far too long. The most striking features on this concerned-looking canine look remarkably human, which is probably why the internet is so obsessed with him!

Bacon can be found on Instagram, displaying a number of human-like emotions:

Alarmed by the smell of his own toot

Told him the Easter Bunny made him a visit! He’s confused that a bunny got in and out of the house without him knowing

Neutered male seeking spayed female. Enjoys long walks in the neighborhood, barking at cats, and burying treats in the couch😍

This is me pretending to care about a coworkers story

When you have to listen to people complain on a Friday 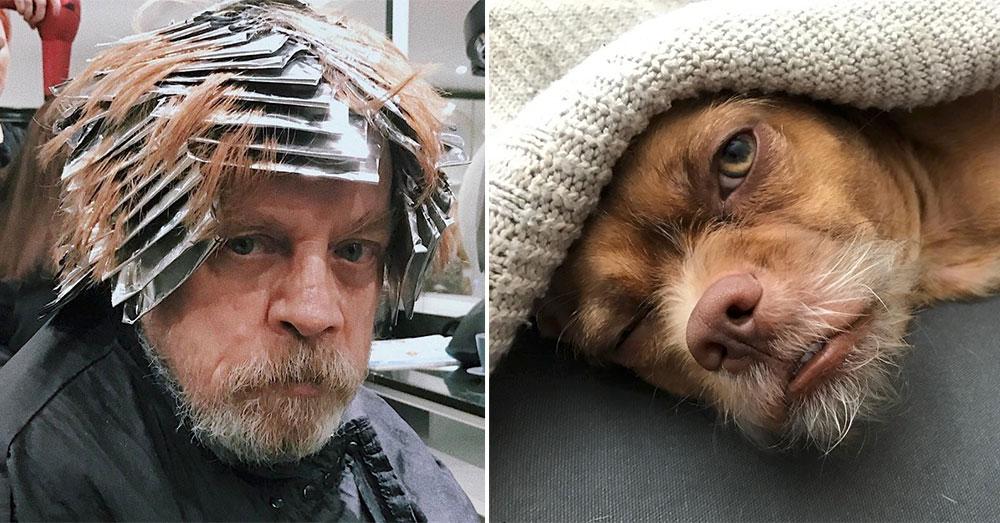 With everything that’s happened so far this year, politically, environmentally, geologically, even oceanographically, it’s no wonder that Bacon is flashing these feelings.

Though he may seem a bit freaked out at times–and let’s be honest, some humans do, too–he’s ordinarily a very happy dog. Bacon’s parents adopted this Pekingese, Dachshund, Chihuahua mix over a year ago, and he’s been pleasing his parents with puppy love ever since.

PUPdate: he loved the cake!

Bacon has been featured on newsfeeds all over the world, from local news stations, to Mashable and more.

According to My Modern Met, “If you’re a chronic over-thinker or a worry wart, Bacon is bound to be your spirit animal.”

Honey I broke the dog