An extended vacation in February turned into a much longer stay for an elderly female in Florida. Ordinarily such a story wouldn’t warrant much news, but in this case, the short-term Floridian was a very important cat.

Raymond McNamara, 50, had been traveling through Florida and was making a stop in Fort Lauderdale when his 20-year-old deaf and blind seal point siamese, Lily, ran off, People reports. McNamara spent the next two weeks looking for her, handing out pictures of her to locals, and worrying about his furry friend.

Assuming the worst, McNamara packed up and headed to California for the rest of the spring. Three months went by before he heard some exciting news. 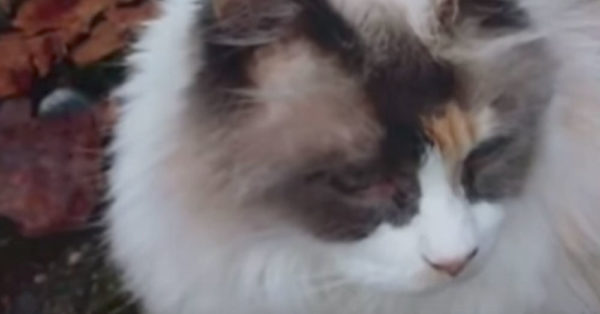 Lily was alive, his mother told him.

McNamara had rescued Lily as a stray in Washington, two years ago, and had cared for her since. In April, after going without adequate food or shelter for several weeks, Lily was in rough shape, but she made her way to a construction site on the Fort Lauderdale beach she went missing from.

A volunteer for Saving Sage Animal Rescue had spotted a skinny and weak cat with matted fur and scraped paws, hiding beneath a trailer at a construction site near where Lily had gone missing. She posted a picture of the cat on Facebook and several people in Fort Lauderdale who remembered McNamara soon got in touch.

Lily was brought to the Pet Express Animal Hospital, where she was nursed back to health and the staff got in touch with McNamara’s mother, who passed the good news on to her son. 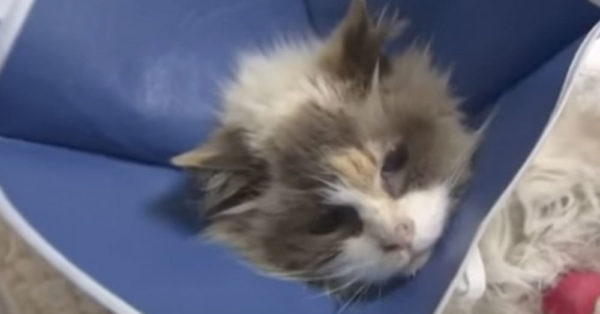 “I climbed in my car as soon as I could and started driving back to Florida, with tears of joy all the way,” McNamara said. “What a glorious occasion. Really, it’s a miracle.”

It seems Lily had not wandered too far from where she went missing.

“She was in the exact same spot where she was lost,” Bieniek told Inside Edition.”She did not move from the spot. She was waiting for her daddy to get her.” 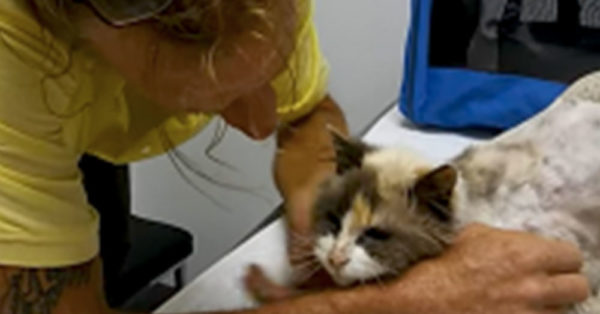 A YouTube video of the long-lost friends’ reunion has been spreading across the internet. The comfort Lily shows when McNamara leans in is undeniable.

“She’s not a lap cat, but she was finally able to relax,” Kathy Bieniek, of Saving Sage Animal Rescue, said. “All that stress went away. All her worries were lifted off. It was very sweet to see.”

The two may have a long return trip to California ahead of them, but they also have each other.

“She’s never going to get away from me again,” McNamara said.

To read about a traveling trucker and the orange cat he thought he had lost on a cross-country haul, click the button below.