Dog In Critical Condition After Being Left Outside In Blizzard

Across the Midwest, states are experiencing record low temperatures with some dipping to -70 degrees with wind chill. This polar vortex is causing instant frostbite and hypothermia in minutes. Local officials and rescues urged all pet owners to bring their pets inside. Sadly, some dogs still remained out in the blizzard conditions.

Detroit Pit Crew Dog Rescue has received hundreds of calls over the past few days reporting dogs that are left outside in the dangerously frigid temperatures. The rescue team has rescued many dogs, and one was a Beagle in critical condition after being found outside. 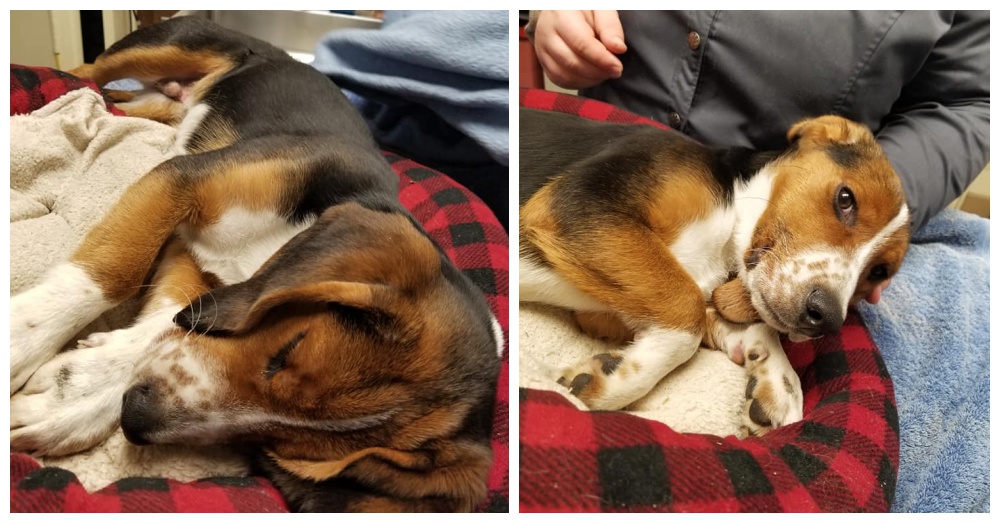 The team rushed to save the Beagle after receiving a call that he was laying on the ground outside in the deep snow. Both of his back legs and paws were frozen with frostbite, so he was unable to stand. It is unclear how long the dog was out in the brutal cold, but he was almost completely frozen.

The beagle was immediately taken to Center Line Veterinary Hospital, where he was treated for severe frostbite on his back legs and paws. The medical staff wrapped the beagle in warm blankets and started him on fluids. Warm bottles were placed all around him in an attempt to raise his body temperature. Theresa Sumpter, Director of Detroit Pit Crew told the Detroit Free Press, the “next 10 to 15 hours were very critical for the beagle.” 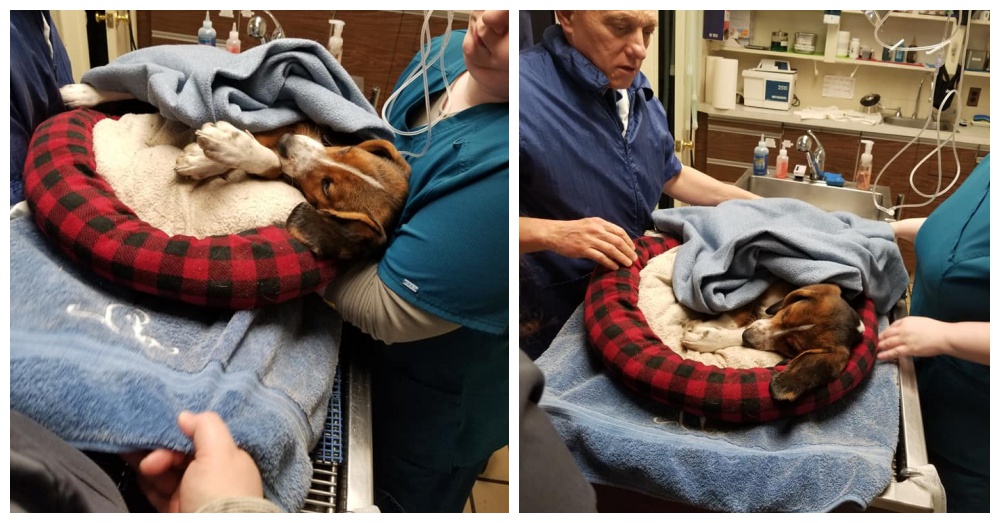 Medical staff confirmed that he was clinging on to life and if left any longer outside he would have died. Rescuers scanned the dog for a chip but did not find one.

The rescue took to Facebook to make a plea to help cover the medical expenses for the abandoned dog they named Olaf. Thousands of people commented and some offered to foster and adopt the sweet boy. 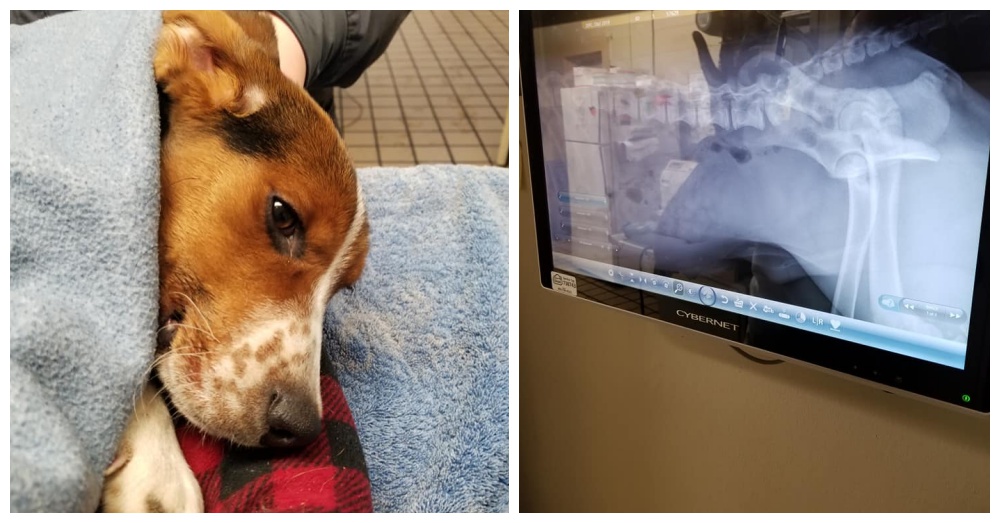 “This sweet boy is doing better this morning but is still unable to walk. He will be having some further testing to determine the extent of his injuries to help access what further medical care is needed. Thank you to everyone that has been praying and donating towards his care,” reported the rescue. The medical staff is optimistic that Olaf will walk again. 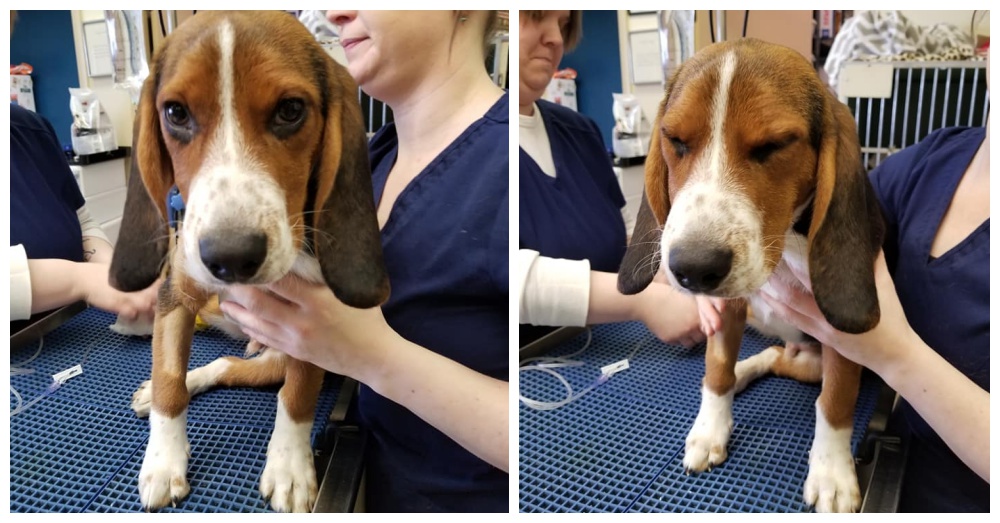 As Olaf recovers, the rescue team is back out rescuing stray dogs from the cold. They beg everyone to “Please bring your pets in so they don’t freeze to death.”