When the going gets tough, it helps to know your local cowboys.

After upwards of 19 inches of rain fell on the Oklahoma plains in May, flooding along the Arkansas River has made life hard for Okies, not to mention their animals.

Ranchers in Muskogee, Tulsa and Wagoner counties have had to evacuate, and countless animals have been left behind. Emergency services are helping all they can, and inspiring rescue stories continue to lift the spirits of those affected by the flood, but they can’t be everywhere at once.

That’s where the cowboys come in. 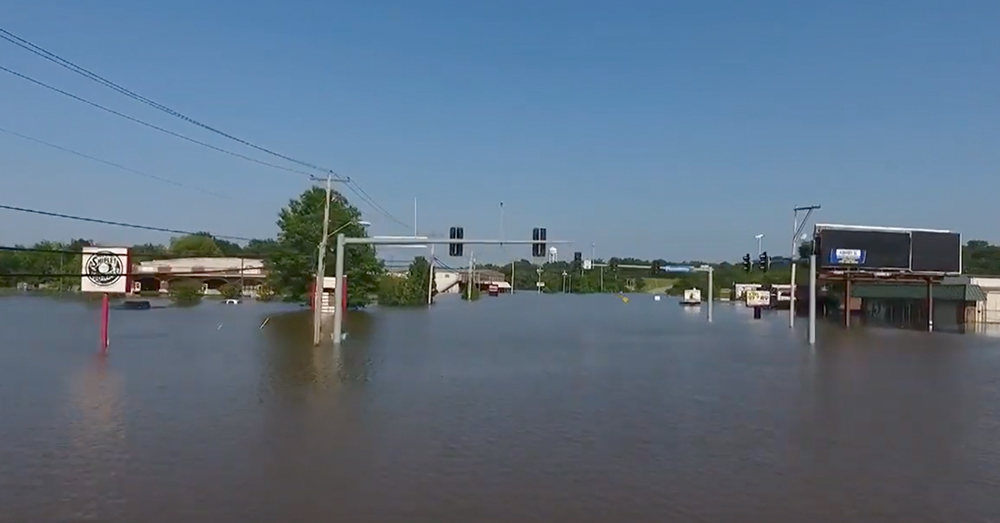 “When we realized how bad this flooding was getting, and knowing many people didn’t have the means to get the help they needed to get animals out, we made a Facebook post and offered to help free of charge. This is the heartbeat of America. We weren’t going to sit back and do nothing,” Cory Conley told Fox News.

Initially just a team of four, Conley and his companions have accepted the help of any other riders who have rescue equipment and the means to use it. Dozens of Oklahoma cowboys have chipped in and helped ranchers rescue their lifestock. Hundreds of animals have been rescued from the floodwaters so far. 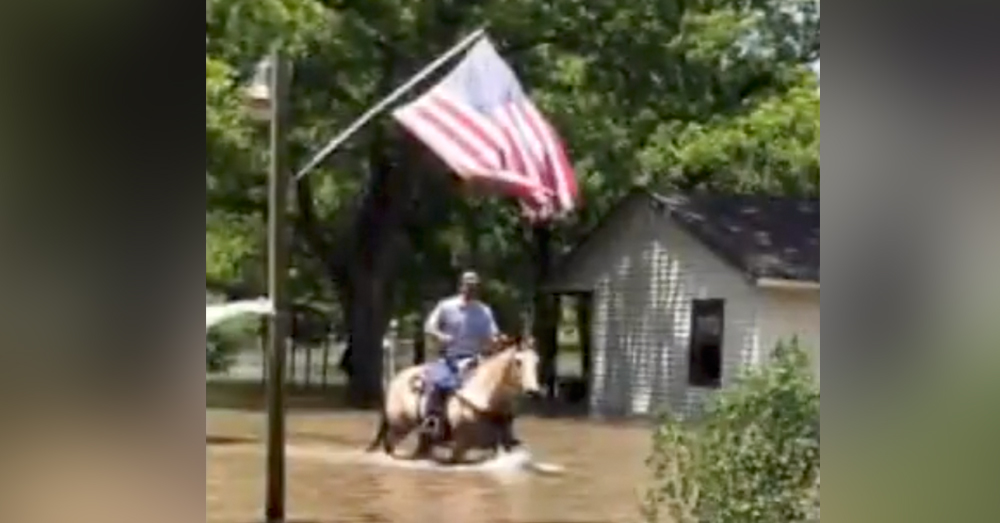 Source: YouTube/71kiste
The OK cowboys have been helping ranchers keep their animals safe and dry.

And the cowboys aren’t asking for anything in return.

“We have burned some fuel and spent some time. We have all took off work to do this,” cowboy Hunter Webster told News On 6. “We are beat, to say the least.” 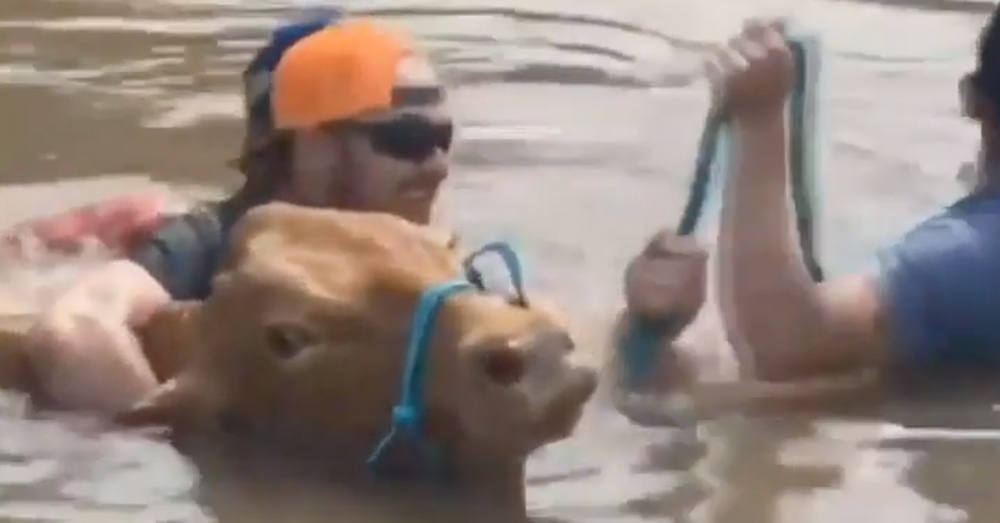 Source: YouTube/Real Footage
Many of the cowboys took days off work to help.

Each head of cattle is worth an estimated $1,000 to a rancher, Newsweek reports, and losing just one can have a significant financial impact. Many of the cowboys own cattle themselves. They understand the grief these ranchers are facing.

“We will continue until this is all over. It’s a fine line whether these animals live or die, and we all would feel too guilty if we didn’t at least try,” Conley told Fox News. 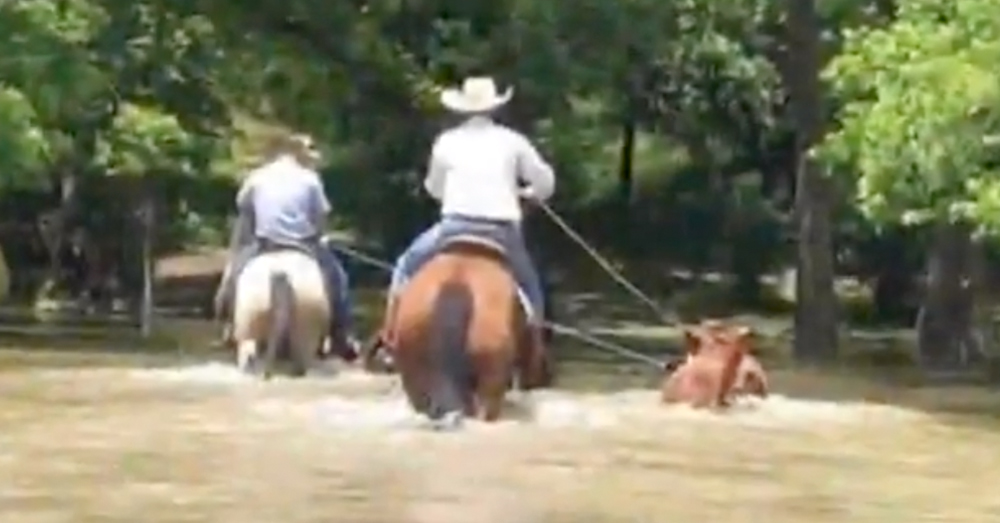 Source: YouTube/71kiste
The cowboys have rescued hundreds of animals, including cattle, sheep, cats, and dogs.

Cattle and sheep, even dogs and cats have been rescued by the cowboys. Thomas found one stranded on a telephone pole.

“The cat’s owner was a lady who had died a few weeks earlier and now her daughter was taking care of it. So, it was of extra importance the cat be saved,” he said. 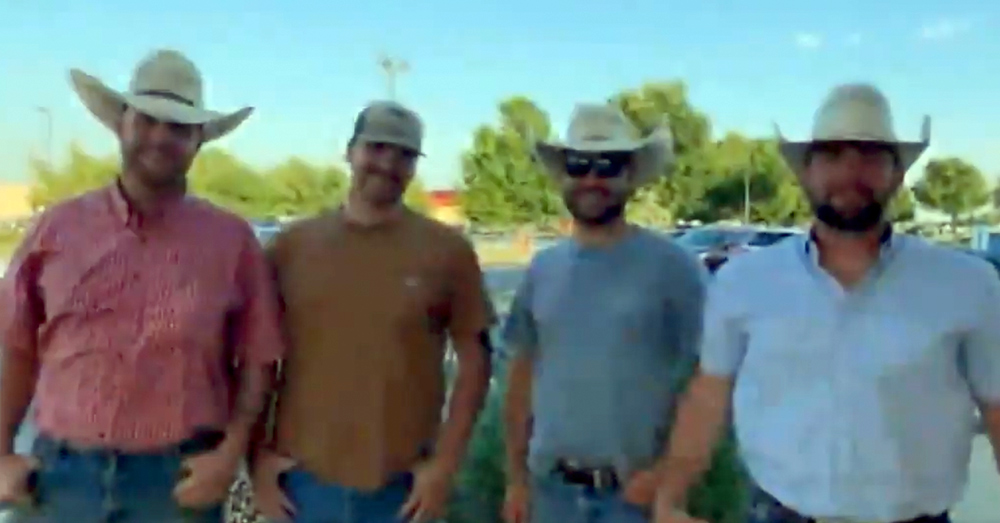 Source: YouTube/71kiste
They’ve payed for their own fuel and equipment throughout the disaster.

With historic rainfalls such a short time, the Arkansas River has risen more than 7 feet above flood stage, and is expected to have risen 60 feet by June 12, according to the National Weather Service. Now, residents in Arkansas, Louisiana and Mississippi are evacuating, as well.

Making matters worse, tropical storm Barry is gaining momentum in the Gulf of Mexico, and will add several inches of rainfall to the already deluged Southeastern U.S. 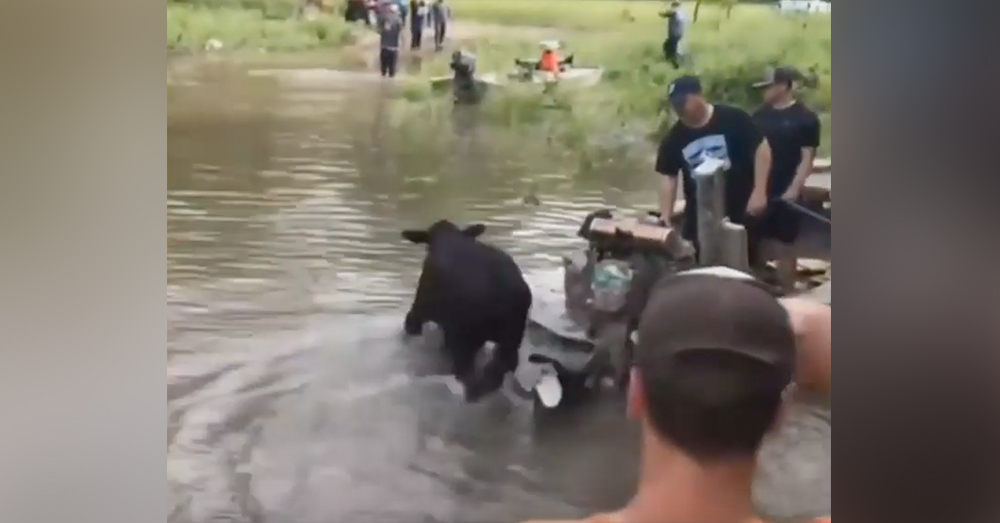 Source: YouTube/Real Footage
Thanks to the cowboys, hundreds of animals have been saved.

Newsweek reports that the Army Corps of Engineers will open the Morganza Spillway in Louisiana on June 9, in hopes of diverting the floodwaters into the Atchafalaya Basin.