Adopting a dog is always a wonderful idea. All dogs deserve to have loving and happy homes. Unfortunately, rescue dogs will often come with their challenges – mainly because they’ve never known what proper affection is. Anyone who has ever owned a rescue dog knows that there is a slight adjustment period when it comes to welcoming a rescue pooch into your home – they’re often shy and lacking confidence.

And that is exactly what Cheryl Pietromicca was facing with her Boxer puppy named Gracie. The adorable little pooch was a rescue from a puppy mill. Cheryl had her for approximately three weeks, during which Gracie was still overcoming the trauma of her previous life. Poor little Gracie was still quite timid, and that shyness caused her to bolt as soon as Cheryl’s car door opened during a visit to the vet.

Little Gracie took off running and was soon lost. Thankfully, she wasn’t lost for long. She was spotted in the Ellicott Creek by a passerby who called 911. Soon, the Cheektowaga Police descended upon the scene. Officer James Rutkowski was one of the responders, and he saw little Gracie clinging to a tree branch inside the freezing water. 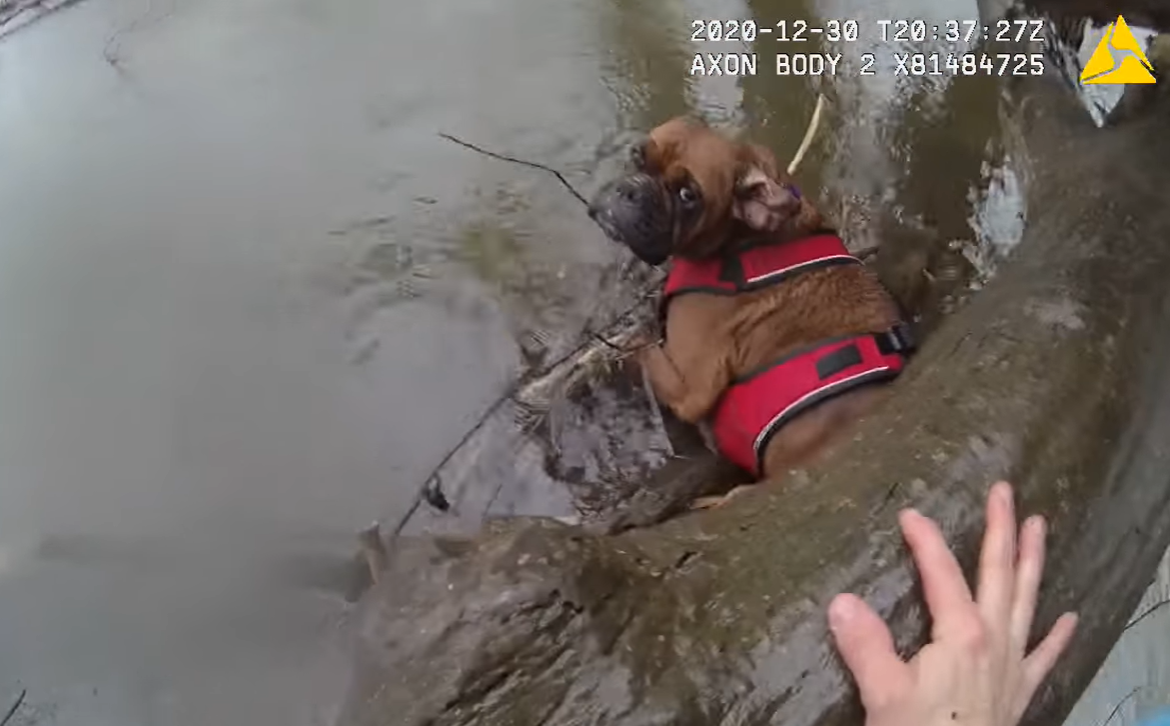 Rutkowski, along with his fellow officer, Troy Blackchief, got into the cold water in order to rescue Gracie. They were able to get her to safety with some help from animal control.

The entire rescue mission happened to be caught on an officer’s body camera. 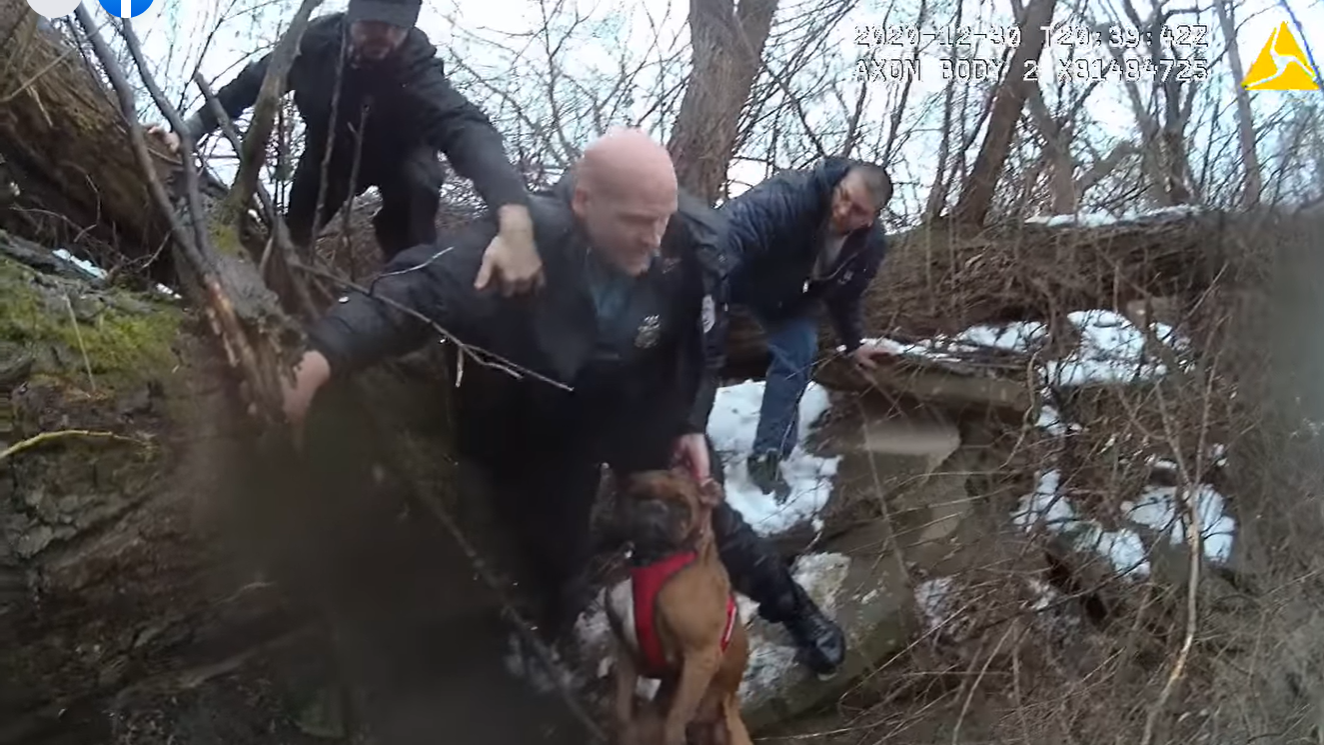 Cheryl was beyond grateful, expressing to WGRZ how thrilled she was by the officers’ actions to save her puppy. Gracie was quickly returned to Cheryl, who was able to get her to the vets for her check-up.

All’s well that ends well. We’re so glad that Gracie got out of her predicament safely. Watch the rescue video below: