Eugene animal welfare officer (AWO), Ted Carlson, saved the life of a male husky that was locked inside a hot car in a mall parking lot.

Security officers from Valley River Center phoned the police to report a distressed male husky locked inside a black Toyota Prius with all the windows rolled up. Carlson arrived on the scene and noticed the dog was attempting to get out of the sun.

“The Husky trying to seek shade from the sun curled on the floorboard of the driver seat of the car. The husky also had several drainage tubes protruding from shaved spots on two of its legs from probable surgery,” posted Eugene Police Department.

Husky rescued from hot car a reminder summer is not overOn September 20 at around 2 p.m., Valley River Center security…

He was panting and desperately trying to cool off.

Bystanders surrounded the car and anxiously waited for the officer to rescue the dog. After multiple attempts to open the vehicle without damage, Carlson forced his way in when the internal temperature of the car registered at 116 degrees Fahrenheit.

The overheated dog was immediately brought into the shade and offered water. The husky drank the cool water for over a minute straight after spending hours inside the hot car. 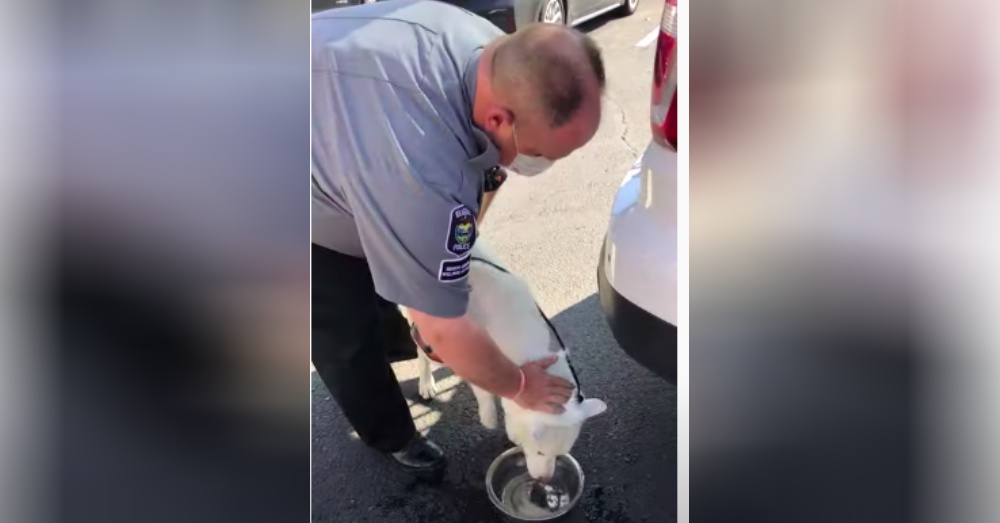 The neglectful 29-year-old woman who owns the husky was tracked down using the dog’s tags and charged with Animal Neglect in the Second Degree. The police said she “was reportedly traveling back to California when she and her companion decided to stop and shop at the mall for approximately three hours before their time in the mall was cut short by a phone call from a police officer assisting the AWO.” 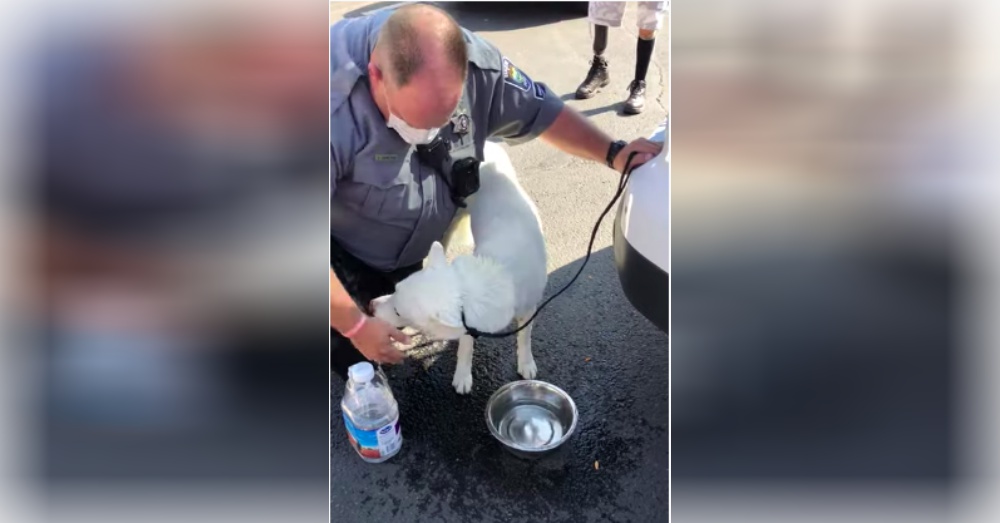 Eugene police posted the incident on their Facebook page as a reminder to not leave pets inside hot cars, even for just a few minutes. The temperature inside a vehicle quickly rises, even with the windows rolled down.

Oregon allows Good Samaritans to break into locked cars to save dogs and the careless owners can be charged with neglect even if the dog is not experiencing signs of heatstroke. “Under 4.340 of Eugene Code, minimum care requires an animal have access to water and not be confined in an area where air temperature is not suitable.”

One person commented, “Thank you to the people that called Police!!! Kudos for saving this dog’s life. Why don’t people understand that it is NOT ok to leave a pet in a hot car!!!!”

Hundreds of pets die every year after being left in hot cars. Please leave your pets at home and if you see an animal in a locked car, call 911.