Miami Township Police Department in Ohio received a call about a puppy locked in a hot car in a grocery store parking lot and immediately dispatched an officer. Officer Howard arrived at the scene to find the puppy unresponsive on the floor.

It was an 86 degree day and the puppy was reportedly in the car for over an hour with just one of the windows cracked. Officer Howard first attempted to unlock the vehicle using a wire through the cracked window, but once she realized the puppy was in grave danger she smashed a window. 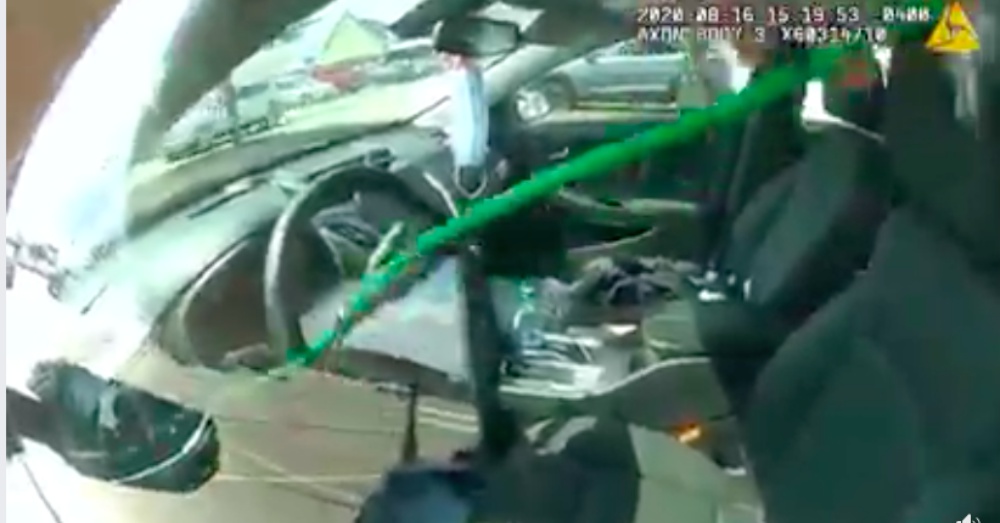 She used her baton to break the driver’s window and rescued what appears to be a beagle puppy.

After a few minutes in the cooler air, the puppy started to come around and was offered some water. Clermont County Animal Control arrived to take custody of the puppy and investigate the case. 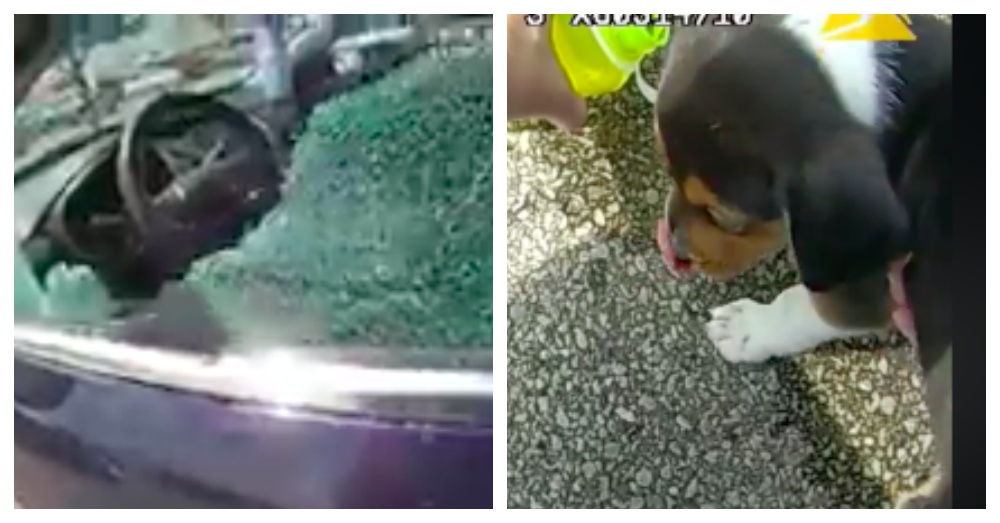 “NEVER leave children or animals alone in a hot car. They can’t get out of the car that gets hotter and hotter by the minute,” posted the department. 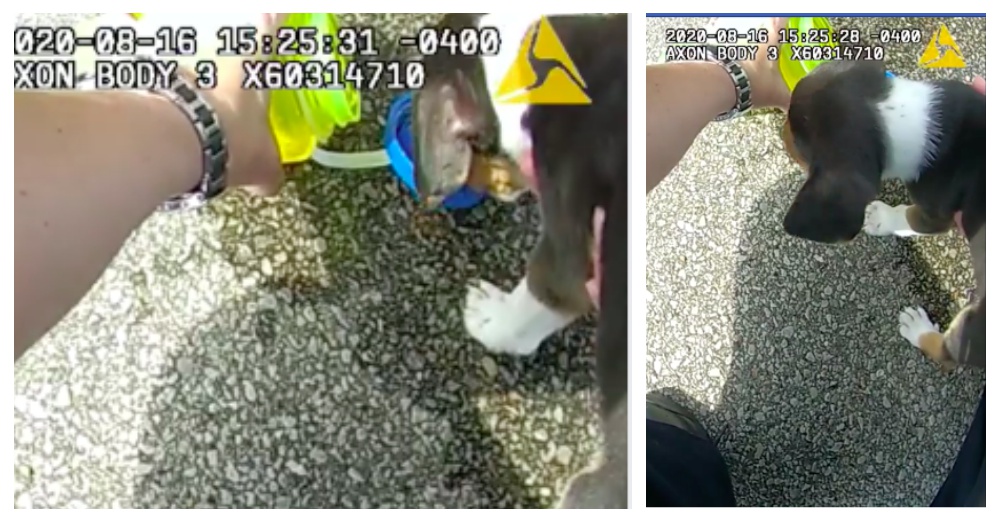 The case is now in the hands of animal control but hopefully the neglectful owner will be prosecuted. In Ohio, leaving a dog in a hot vehicle is illegal and the person responsible can be charged with a first-degree misdemeanor.

If you see a dog or child alone in a hot car please call 911 first. Eight states, Ohio being one, have a “Good Samaritan” law that allows citizens to break car windows to rescue dogs.

Every year, hundreds of dogs die after negligent owners leave them in hot cars. Cracking a window won’t prevent heatstroke or death. Even a few minutes is too long, so please leave your pets at home.

Watch the rescue that was captured on the officer’s body camera below and don’t forget to share.