The earthquakes in Mexico have devastated southern and central areas of the country and left hundreds dead. But the region is not without hope.

There has been a tremendous outpouring of support for the victims of this chain of disasters from around the world. Every country that can help has helped. Rescue teams from as far away as Japan have assisted in locating survivors and transporting them to safety.

On more than one occasion, animals have been pulled from the rubble, miraculously still alive and intact. 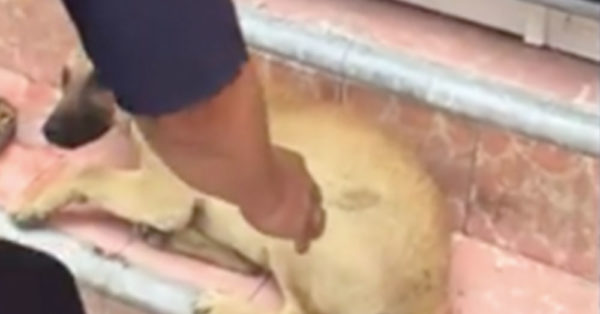 Two days after the most recent earthquake on September 8, a 7.1-magnitude event and the worst Mexico has experienced in over 30 years, an injured puppy was found by a Mexico Federal Police unit, the Dodo reports. The dog was cowering alone in a street lined with destruction and debris. 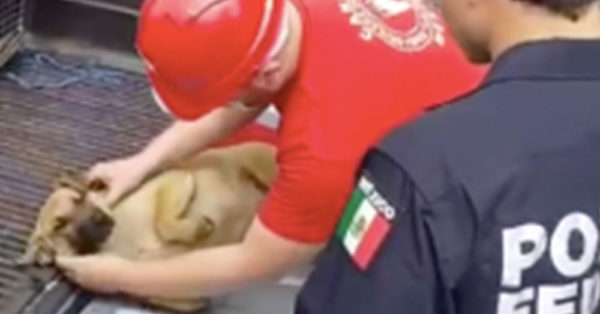 Officer Gil told the Dodo he wasn’t sure if the dog had much of a chance.

“Some superficial wounds were visible on her body, and she was scared, refusing to eat or drink water. At that moment she apparently could not move,” the officer said. 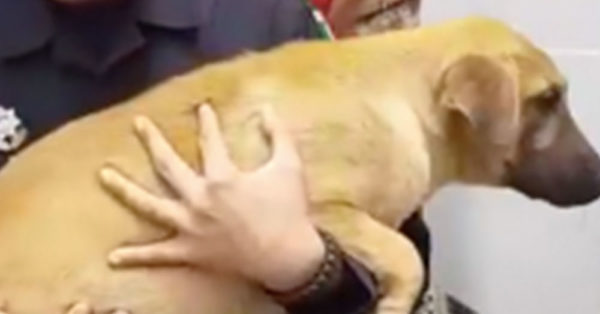 Unwilling to leave a survivor behind, the officers took the dog to the Central Veterinary Clinic in Mexico City, where she was looked over by a veterinarian.

A few cuts and scrapes, but nothing that wouldn’t heal, was the vet’s prognosis. 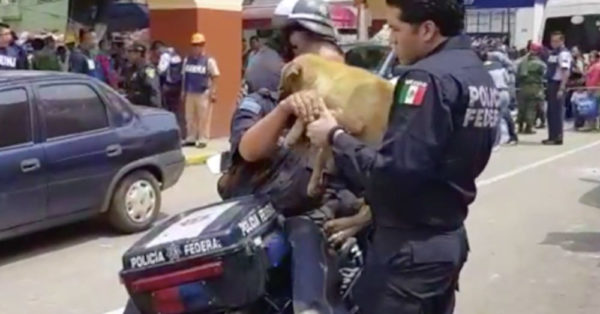 The puppy has been very well taken care of since the earthquake and has been adopted by one of the members of the police unit. She will grow up understanding the dangerous situations relief efforts are often deployed to but hopefully will never have to go through it again. 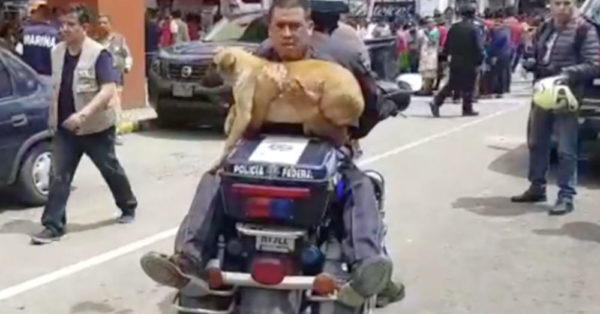 “For the Federal Police of Mexico, it’s very important to protect life in all its forms,” Gil said. “We hope to raise awareness about the importance of animal life care. The tragic events that occurred in our country have taught us that animals have much to give. The rescue dogs for Federal Police have contributed to the rescue of many people from the debris, and with actions like these, we can help them too.”

The Animal Rescue Site wishes the best to this dog her new home, but there are still many more in serious condition who desperately need help. A number of ongoing efforts are being undertaken by GreaterGood to help those affected by the disaster. Click the button below to learn how you can help and make a difference!