A Hurt Dog Ran Away After A Car Accident. This Officer Went The Extra Mile To Carry Her To Safety

A photo taken of South Londonderry Township Patrolman Nick Ague carrying an injured 75-pound German shepherd 200 yards to safety following a car accident had gone viral. Ague responded to the crash after he heard that two dogs had escaped from an accident scene nearby in Palmyra. One of the dogs, a Border Collie, was in their possession, but the German Shepherd got away and ran across town. 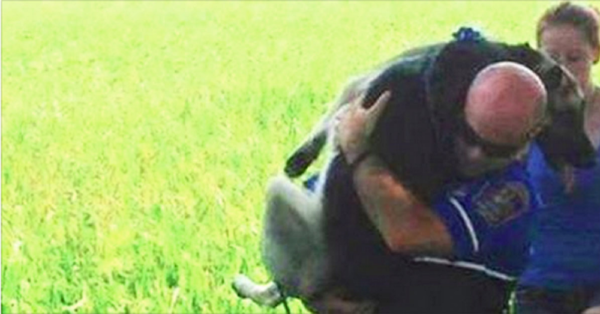 “I own a German Shepherd myself and I know how devastated I would feel if I never saw my dog again or knew my dog was struck by a car,” Ague said.

Ague and his fellow officers finally spotted the shepherd, named Mya, near the Lebanon-Dauphin county line. She could barely walk, and the pads of her paws were all torn off from running on asphalt for so long.

Without hesitation, Ague lifted the injured pup up and carried her 200 yards back to the owner’s car, despite how heavy she was. Once Mya was back, she was treated according and recovered well. Thank goodness for this officer!