Woman Was Devastated When Her Pig Died. Then, She Wrote Tear-Jerking Letter To Her Lost Friend

Ksenija Kutlacic loved her pig, Odi, like it was her third son. So when he fell ill and past away, she decided to write a letter to her best friend, knowing he was listening and reading along in heaven. Odi arrived in Kutlacic’s life in 2014, when her husband and their two sons decided to add a him to their growing farm in Slovenia. The farm already had cats and chickens, but the family was always looking to add a pig to their pet family. A family friend told them about a farmer selling baby pigs for their meat, so her family knew they needed to help in any way they could. “We did not choose the pig,” Kutlacic told The Dodo. “He came and started licking my hand. We hugged Odi and took him to the car.” As soon as he entered the car, the relationship blossomed between mother and adopted pig son. 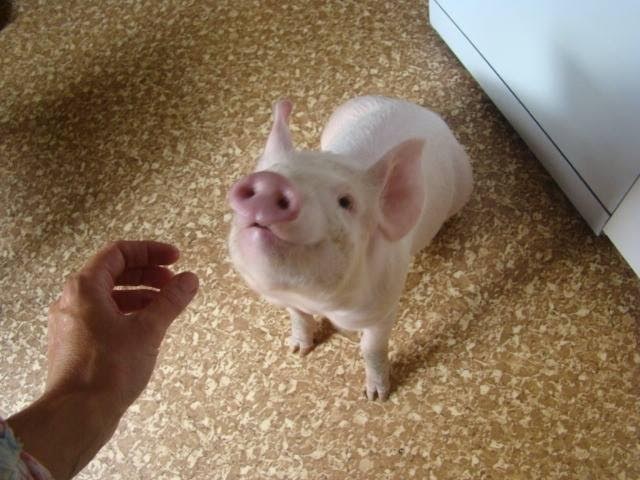 “In less than 24 hours, before I even realized what was happening, he fought his way into more than just my lap — he fought his way into my heart,” Kutlacic wrote on Facebook. “He filled it with love. In the process, he also filled up all the space on the couch as well.” Almost a year after adoption, Odi became ill with a fatal disease that would greatly affect him. “Odi almost instantaneously became paraplegic, losing feeling in his back legs,” Kutlacic wrote on Facebook. The family decided that keeping Odi in the house was the best way they could watch him and make sure he was getting the proper care. Sadly, two years later, their special friend went to heaven. 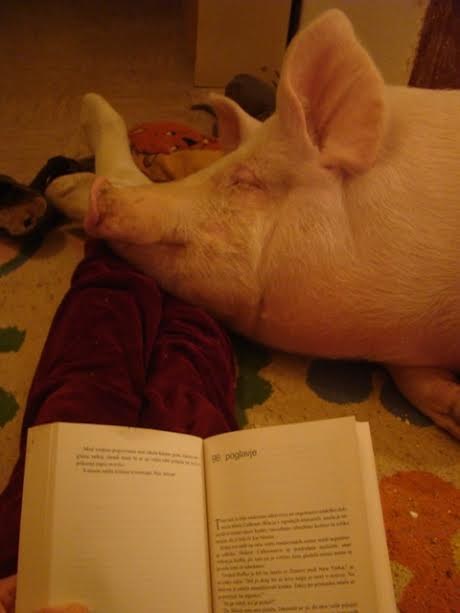 “We knew that this moment would come,” Kutlacic told the Dodo. “I was calm in my heart, because he died the way I hope I will die when my time come.” Although her adorable pig will no longer be with her, she is grateful for the wisdom he gave to her. “In the three years I had the pleasure of knowing him, he showed me the deepest depths of his soul — a privilege I dare say I will never have the pleasure of experiencing again. With any animal or human.” To make a donation to Koki Sanctuary in Odi’s honor, or to support the other animals living there, please visit the sanctuary’s website. 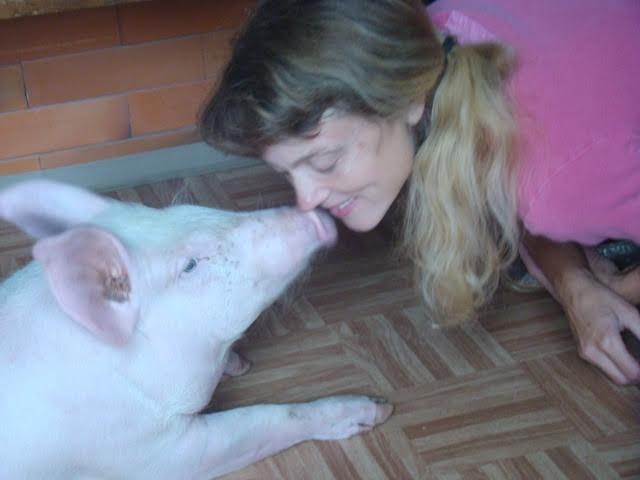