Octopuses are amazing and unique animals with three hearts, blue blood, nine brains and impeccable camouflage abilities. Scientists are still observing these boneless creatures as we still have much to learn about them.

There are over 300 species of octopuses that vary in size, but what they all have in common is their intelligence and ability to outmaneuver predators by changing color. Octopuses are able to change the color and texture of their skin in the blink of an eye to blend in with their surroundings. 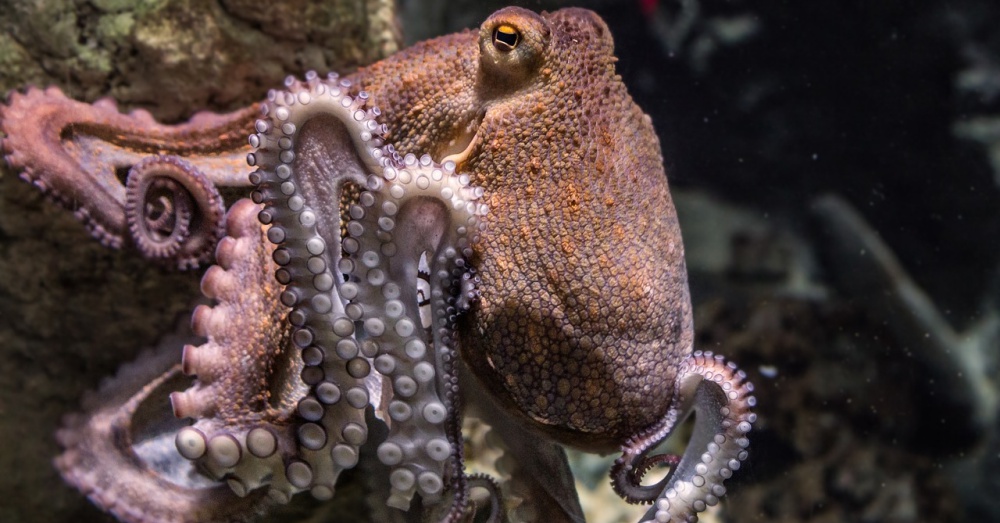 Octopuses and squids have chromatophores, pigment-containing cells, in their skin that allow them to change color. “By controlling the size of the cells they can vary their color and even create changing patterns. Chromatophores are connected to the nervous system, and their size is determined by muscular contractions,” explains Ellen J. Prager, assistant dean of the University of Miami’s Rosensteil School of Marine and Atmospheric Science.

One of the many questions that remain unanswered about octopuses is, can they dream? A marine biologist believes they can after witnessing a female octopus change color as she slept. 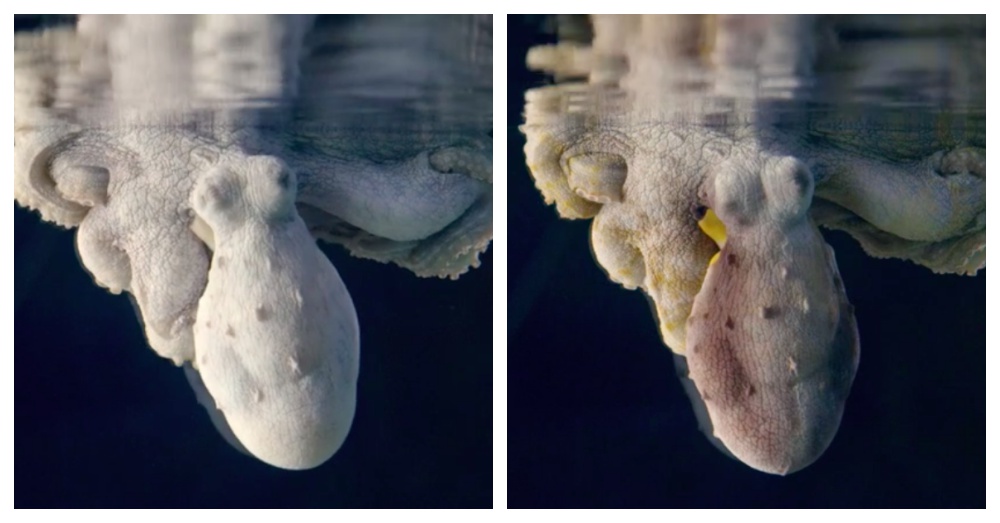 Marine biologist David Scheel from Alaska Pacific University witnessed a female octopus named Heidi changing colors as she slept upside down in her tank. The footage is part of a series called, “Octopus: Making Contact’ on PBS on October 2nd. Scheel believes she was dreaming because the color changes matched up with colors she has turned while hunting prey.

“If she is dreaming, this is a dramatic moment,” Scheel said. 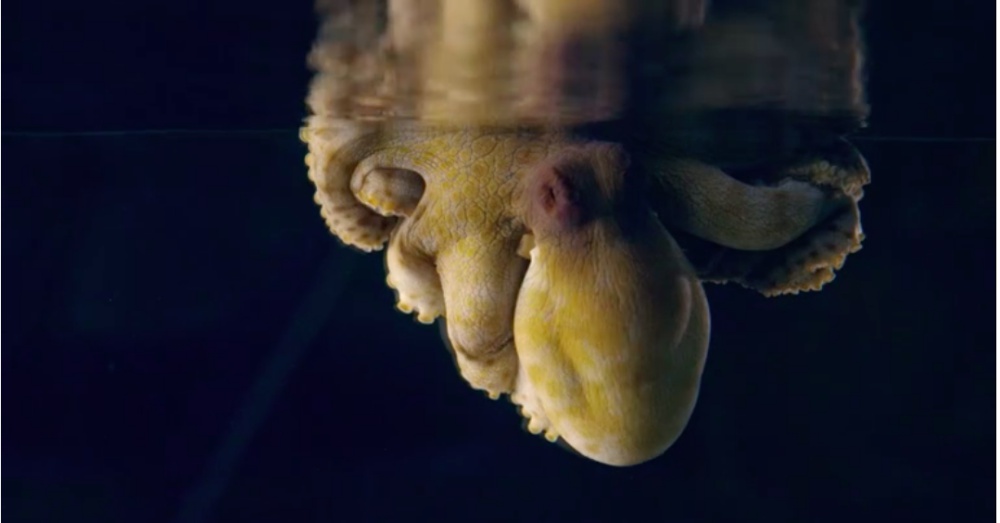 Heidi began to change from light to dark as her body twitched a bit. Scheel described what he believed was taking place in the dream.

“You could almost narrate the body changes and narrate the dream. She sees a crab and her color starts to change a little bit, then she turns all dark, octopuses will do that when they leave the bottom.”

Suddenly, the texture of her skin changed as well as the color. 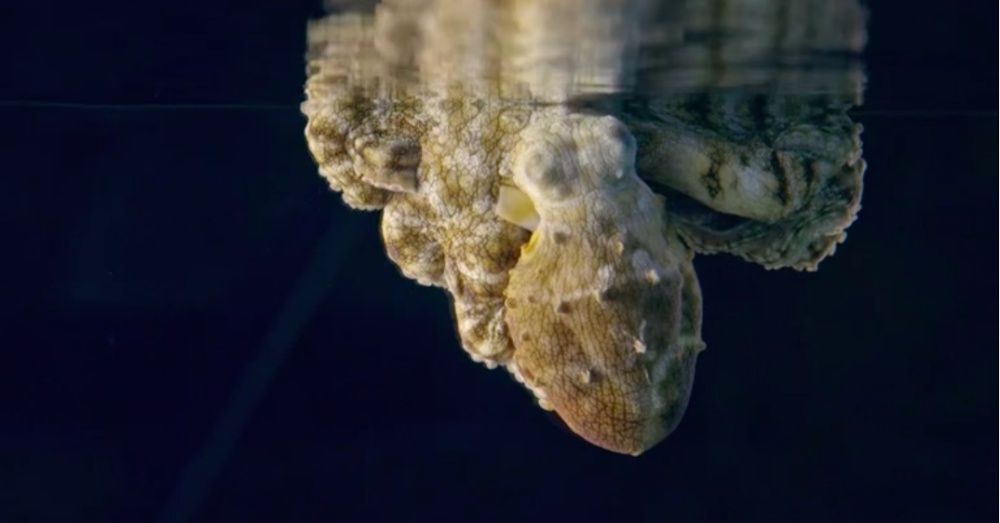 “This is a camouflage, like she’s just subdued a crab and she’s just going to sit there and eat it, and she doesn’t want anyone to notice her.”

“It’s a very unusual behavior to see the color come and go on her mantle like that, just to be able to see all the different color patterns flashing one after the other, you don’t normally see that when an animal’s sleeping.” 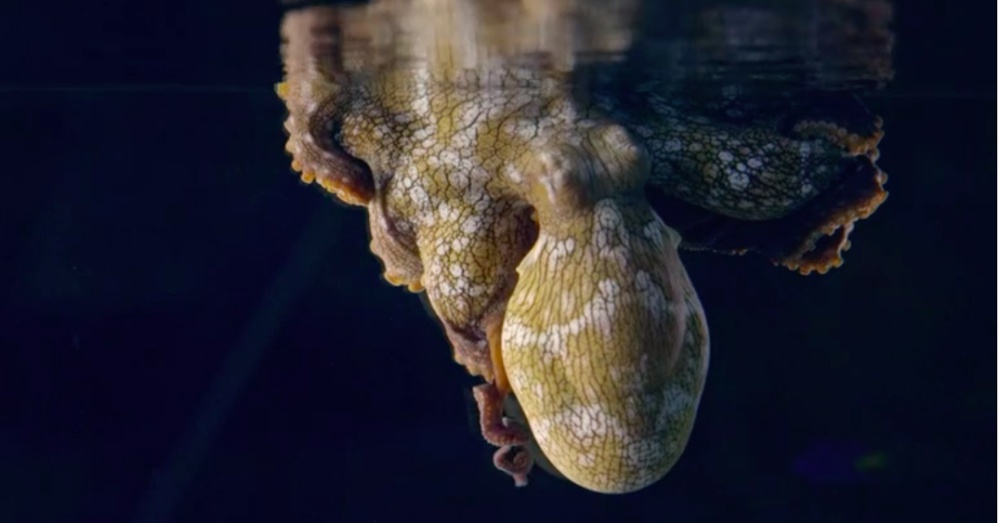 Humans dream when they are in a deep REM (rapid eye movement) sleep. The brain is most active in this type of sleep which creates vivid dreams. However, octopuses have nine brains, so their definition of dreaming may differ from ours. More research is needed to determine if Heidi was dreaming about capturing a crab for dinner, or just reacting to the environment.

A study done on cuttlefish, also a cephalopods, led researchers to believe that they can dream. “Cuttlefish transiently display a quiescent state with rapid eye movements, changes in body coloration and twitching of the arms, that is possibly analogous to REM sleep,” concluded researchers from the study.

Who knows what scientists will discover next?! Watch the mesmerizing video below and don’t forget to share with all your friends.