Death metal drummers have hearts too.

As Hurricane Irma rolled over Florida in September, hundreds of thousands evacuated for safer situations, but Donald Tardy, drummer for the band Obituary, had a very good reason to stay behind.

Tardy saw a kitten wandering around his neighborhood the night before the storm landed, he told Revolver. He asked if anyone owned the cat and if they would assist in trapping it before Irma came through. But no one was interested. With or without help, Tardy knew what he had to do, and he got to work doing it. 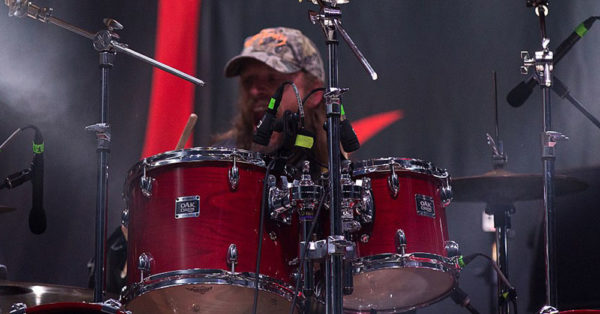 “Since they didn’t care about this poor, little eight-week-old baby, I spent two hours with my traps set, waiting for it to come out from under their fence. By 2 A.M., I had to call it off and get home to finish preparing my place for the storm, but lying in bed that night, I knew I had to do something for this little kitten,” Tardy said.

Net in hand, Tardy tracked the kitten down and cornered it near some bushes.

“I saw it immediately, but it saw me as well and ran from me,” he said. “That was when I realized that there was something wrong with the kitten. Its back end was not working right; it had a bad limp, and its back legs didn’t seem to be working properly.” 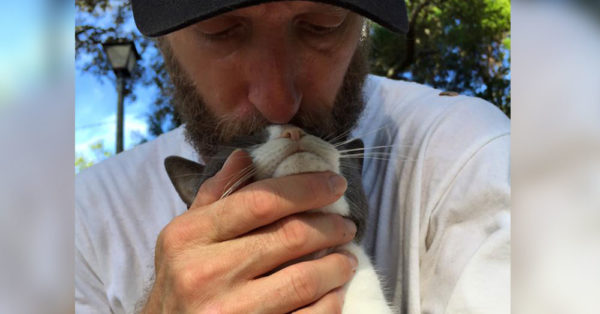 Tardy was not about to leave the poor kitten behind in a hurricane, so he hastened his resolve to capture the injured creature before it was too late.

“I got deeper into the bushes until the kitten was scared enough that it tried to run from me,” he said. “It came out of the thick bush; because it was either injured or sick, it was not fast enough to get under the fence, giving me my opportunity. ” 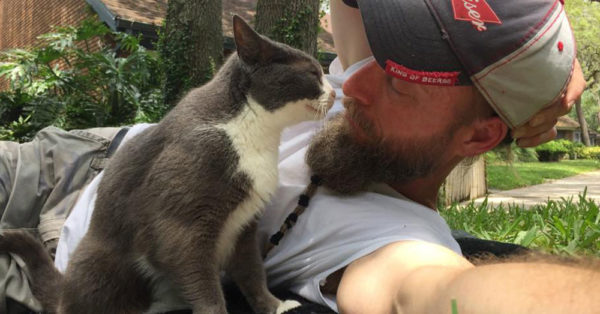 Tardy dove onto a driveway, net outstretched, and nabbed the cat. Then, he picked it up by the scruff of its neck and brought it back home, out of the pouring rain, which was about to get much worse.

“The rain and wind were picking up,” Tardy said. “The trees were beginning to blow sideways. I had to make that decision to go straight home with the kitten, and I put it in a cage ’til the storm passed.” 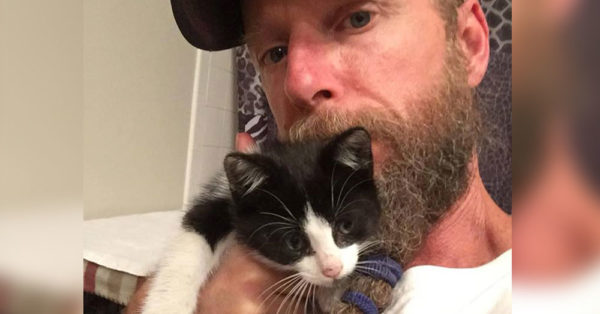 Tardy wasn’t sure if the cat was healthy, nor did he know the extent of its injuries, so he took it to his long-time veterinarian.

“They were kind enough to examine the kitten to determine what was wrong. I am pretty experienced with assessing these types of things, and I had a feeling it was either FIP (Feline Infectious Peritonitis) or trauma. After telling the vet what I saw and thought, I remained in the examining room while the doctor checked out the kitten.” 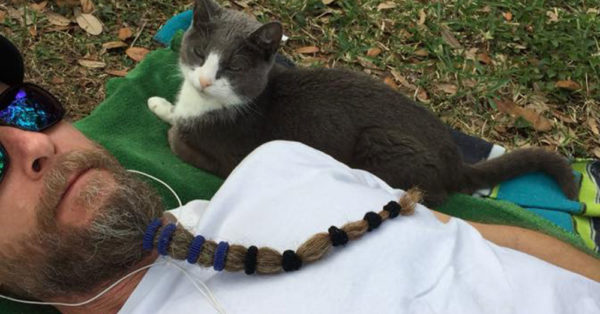 The kitten’s tail was numb, and it had lost the use of its hind legs. The veterinarian inferred that the animal suffered from a partial paralysis that could have ben caused by a car accident or some other serious trauma.

Tardy surrendered the cat to the shelter, where he thought it would have the best chance of survival, he told Revolver.

“They could assess how bad her injury was and determine if there was a chance for this little girl,” he said. “The next day, we received good news: the vets had decided to give her a fighting chance and put her through rehab. Sadly, her tail had to be amputated, but she will nonetheless be fixed, vaccinated and entered into an adoption program to find a forever home as a special needs pet.” 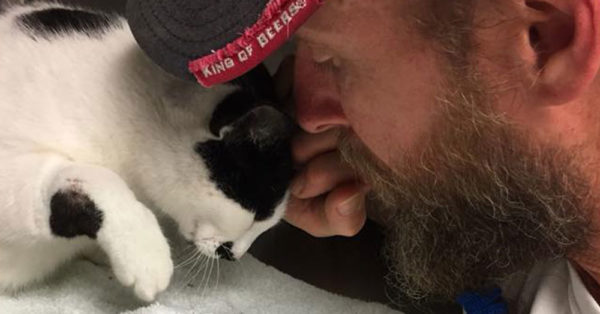 Tardy is proud of his work, in both the field of animal rescue and that of death metal rhythm, but he isn’t exactly waiting for another hurricane to roll around to try it again.

“It probably wasn’t my smartest or safest decision I’ve ever made, being outside during a hurricane,” he says. “But I wasn’t going to ignore the situation or leave that baby behind.” 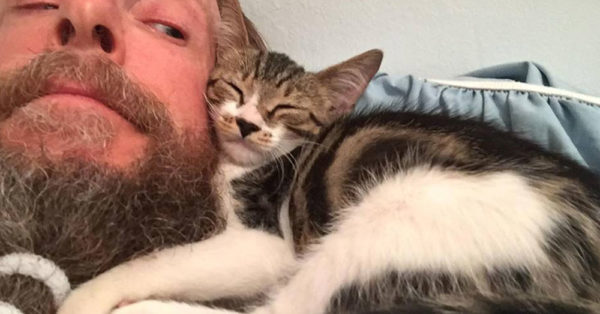 We applaud Tardy for his compassion for all creatures. While it’s not every day you hear about animal advocacy in the world of heavy metal, Tardy and his wife, Heather, are making the world a safer and kinder place for cats every day through their Metal Meowlisha charity.