Buddy Had Less Than 6 Months To Live. His Rescuers Wondered If They Could Change That…

When Buddy arrived at Hull’s Haven Border Collie Rescue, he weighed more than 180 pounds and looked like a “bloated sausage ready to burst,” according to the staff.

His owners were elderly and unable to care for him properly anymore. According to Little Things, the Australian shepherd was unable to walk and likely had less than six months to live—if a massive heart attack didn’t come even earlier than that. 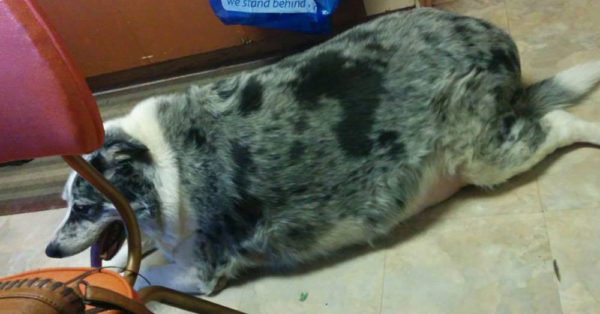 An average Australian Shepherd weighs between 50 and 60 pounds, but Buddy was at least three times that when Angela Hand and Samantha Gagnon of Hull’s Haven rescued him in Winnipeg, Canada. They immediately went to work on planning out a new diet and exercise routine for Buddy. 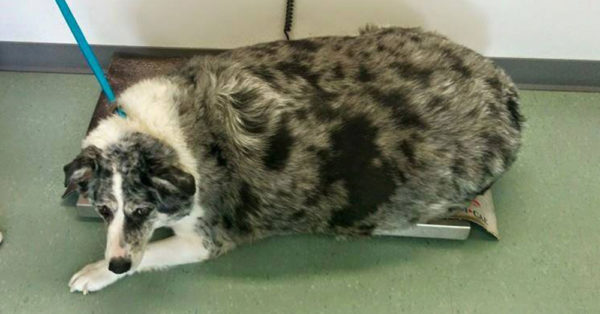 Even with a plan in place, burning off 120 pounds of canine fat isn’t an easy task. 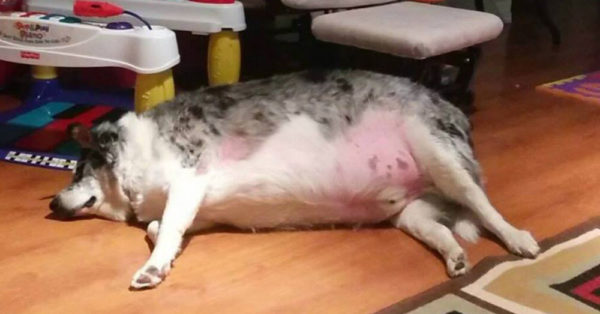 “There were a lot of frequent stops,” Gagnon said. “He would make it like five feet from the deck and he would have to stop.” 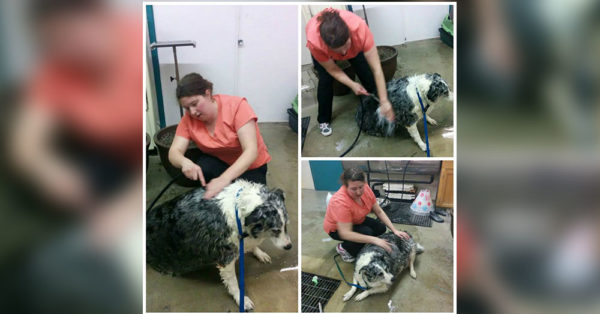 According to Life With Dogs, daily walks and playtime at the park helped Buddy get back down to a healthier 80 pounds but left him with an excess of skin, which Hand and Gagnon opted to have removed through surgery.

Now that Buddy’s at a more manageable weight, Hull’s Haven has cleared him for adoption, and they expect to see the perky pup going to a loving forever home soon. Buddy’s story highlights a more serious issue, however. Canine obesity is a serious threat to pet health, and even moderate weight issues can shorten an dog’s lifespan. 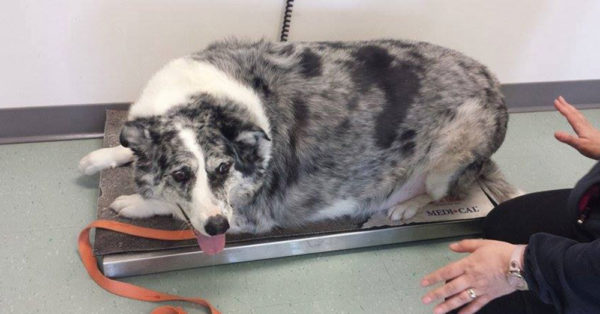 According to PetMD, “Obesity is common in dogs of all ages, but it usually occurs in middle-aged dogs, and generally in those that are between the ages of 5 and 10. Neutered and indoor dogs also tend to have a higher risk of becoming obese.”

If you detect that your pet is carrying around excess body fat or has difficulty or is unwilling to exercise, consult your veterinarian. The quicker you learn what can be done to prevent avoidable health issues, the more time you may have to spend with your furry friend.

Watch Buddy’s inspiring transformation in the video below!

Not all dogs are as lucky as Buddy. But even fewer can say they’ve saved a family’s flock of goats from a raging California wildfire. Click the button below to read more about a dog named Odin, who’s truly a good boy!