This Obese Beagle Lost 40 Pounds After Being Rescued. Now He’s Helping His Foster Brother Trim Down.

It’s normal for house pets to carry a little comfort weight, but Wolfgang, a beagle living in Arizona, weighed in at a shocking 90 pounds. Such extreme BMI isn’t good for any dog, but seemed particularly unusual for beagles, which should tip scales at just 25-30 pounds. Somehow, Wolfgang’s owners had allowed their pup to put on three times his ideal body weight!

Fortunately, rescuers convinced Wolfgang’s owners to surrender the dog to Arizona Beagle Rescue, which put the portly pup on an urgent weight loss plan. “He was incredibly nice and friendly the first day we took him from the shelter, and that never changed,” rescue volunteer Erin McManis told The Dodo. “Wanting to see his weight loss through, we decided to adopt him.” 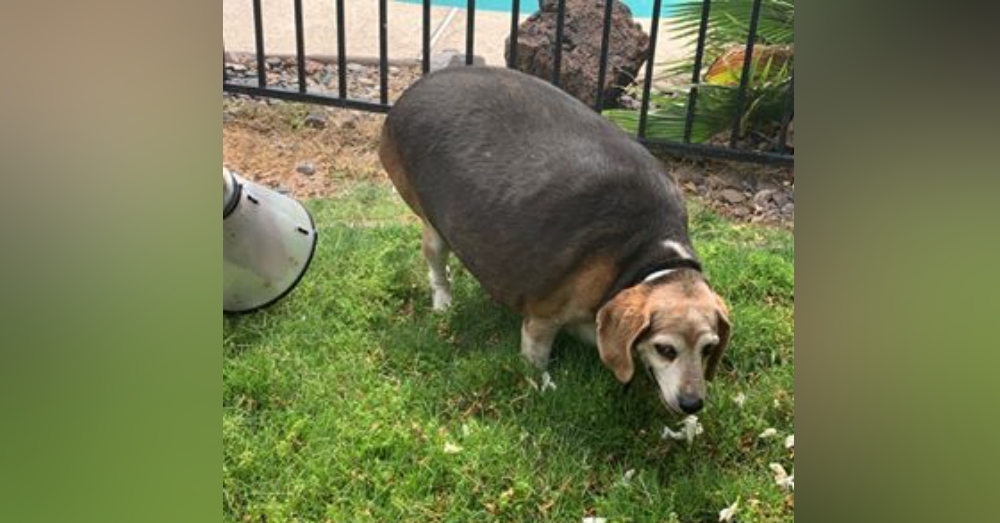 McManis’ resolve to help Wolfgang lose weight only grew when she saw how the dog’s obesity affected his daily life. “When I come home from work, my dogs would typically come to the door and greet me,” she said. “But Wolfgang couldn’t do that. It would just tire him out too much.”

All poor Wolfgang could manage to do with lie on his bed, wagging his tail. “He would be on his bed, tail wagging as hard as it could, waiting for me to come over and greet him,” she remembered. “He still wanted to acknowledge us, and as he started to lose weight, he eventually could come to the door.” 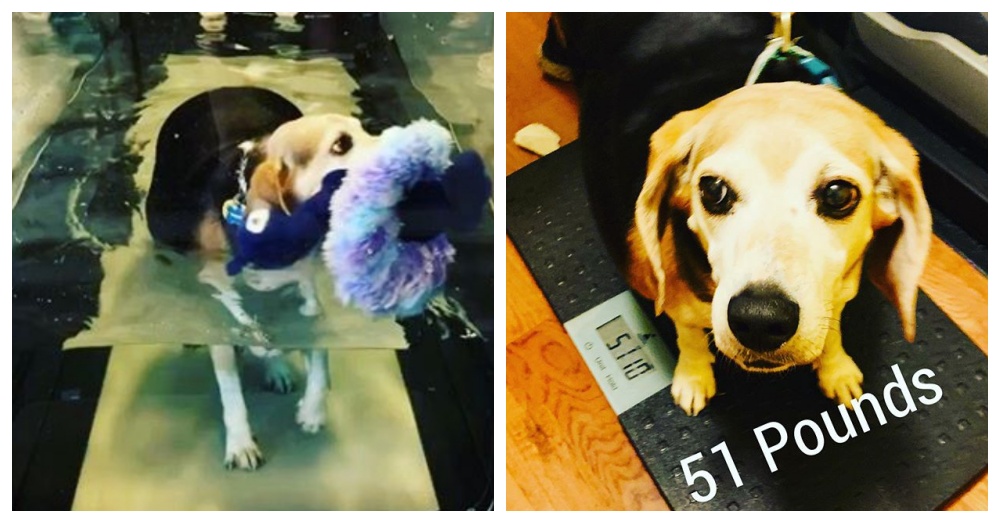 But after only a year of living with his new dog mom, who put him on a steady diet and exercise plan, Wolfgang has already managed to lose 40 pounds – ie almost half of his original weight. Now the significantly-trimmed down pup can run, swim, play, and share toys with his dog brother Andre.

Best yet is that Wolfgang is inspiring other chunky pups to embark on their own weight loss journeys. Roughly a year after Wolfgang had helped Wolfgang lose almost half his body weight, Arizona Beagle rescue asked McManis if she could help a second beagle, Jameson, trim down to a healthier body weight. 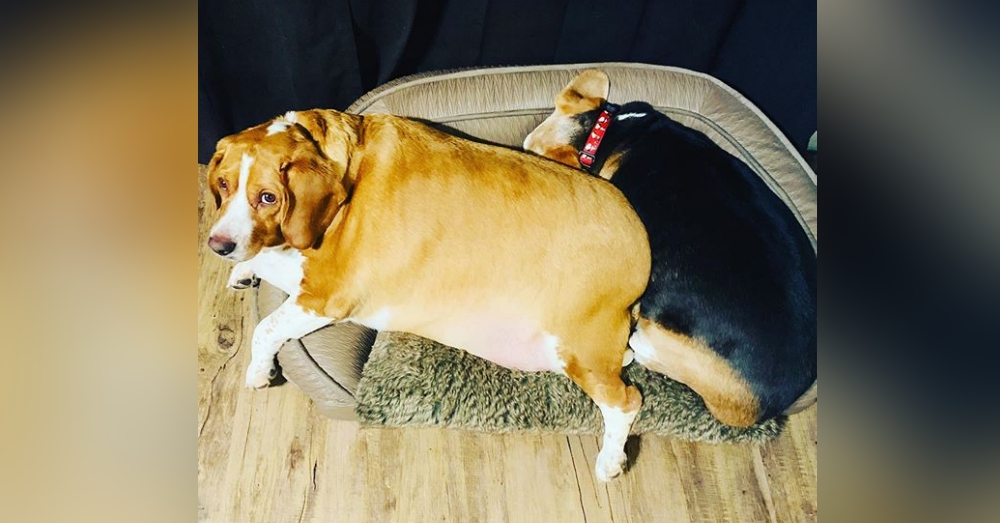 At 100 pounds, Jameson was even bigger that Wolfgang had been, which McManis didn’t even know was possible. Even so, the animal rescuers wasn’t sure how she could manage having so many rescued pets in the house.

“We had never had four dogs in our house before, so at first I wasn’t sure,” McManis said. “I thought three was definitely our maximum, but we decided there was room for one more.”

Jameson has already dropped 25 pounds since joining Wolfang’s family in early 2020, but – according to their dog mom – the beagle still struggles to adapt to his new lifestyle. “Jameson is only 3 years old, but he was an only dog,” she told the Dodo. “He loves the other dogs, but sometimes he isn’t used to sharing or being part of a pack.” 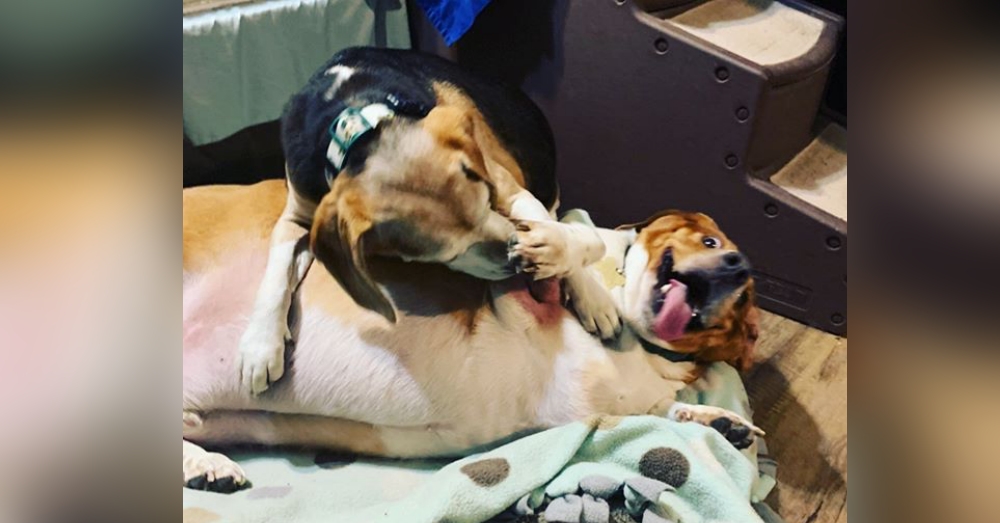 Jameson’s weight loss journey has also been complicated by a tear in his knee, which will require surgery. Even so, Wolfgang is doing is best to support his foster brother through this difficult process, which will hopefully result in adoption once Jameson can resume his exercise routine and finally reaches a healthy weight!

Hang in there, Jameson! You can do it! And how great is Wolfgang? What a very good boy.