A recently discovered species of killer whale may be the largest animal on record that we didn’t already know about.

Rumors of the creature began circulating in 1955, when a group of beached whales photographed in New Zealand didn’t fit the profile of your box-standard Orcinus orca, National Public Radio reports.
“This was a very different-looking group of killer whales,” Robert Pitman, a marine ecologist with the National Oceanic and Atmospheric Administration told NPR. 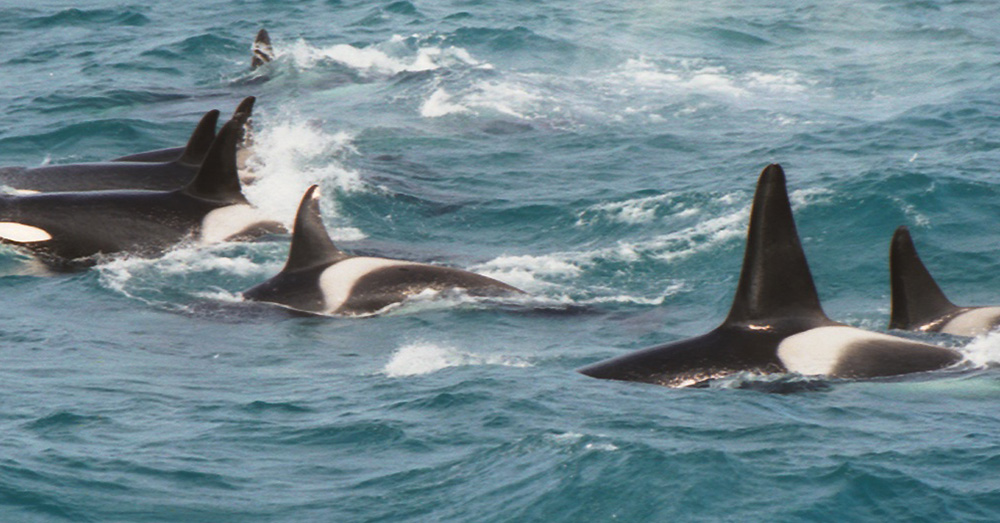 In most every characteristic, the whales seemed like slightly smaller versions of their killer whale cousins. They measure about 20 to 25 feet long, their heads were more rounded, and their fins more pointed, but they still sported the telltale white spot under each eye, albeit smaller than most other Orcas. 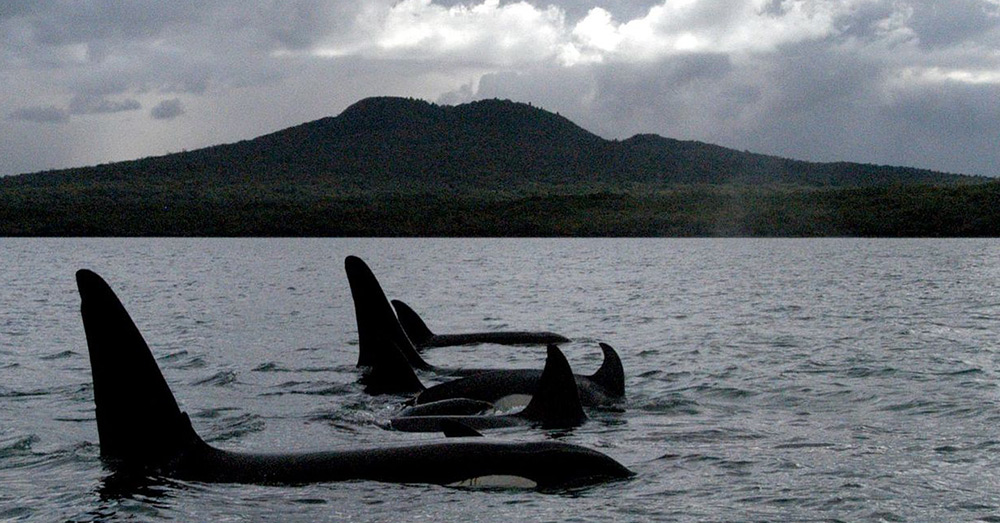 Source: Wikimedia Commons
A pod of Orca (Killer Whales) are spotted cruising past Rangitoto Island – one of a number of ancient volcanoes situated just off Auckland city.

It wasn’t until 2005 that a similar animal was seen again. Pitman was given a photo from a French biologist who spent time studying Orcas in the Southern Indian Ocean.

“And I looked down, and there they were, the New Zealand killer whales,” he said. 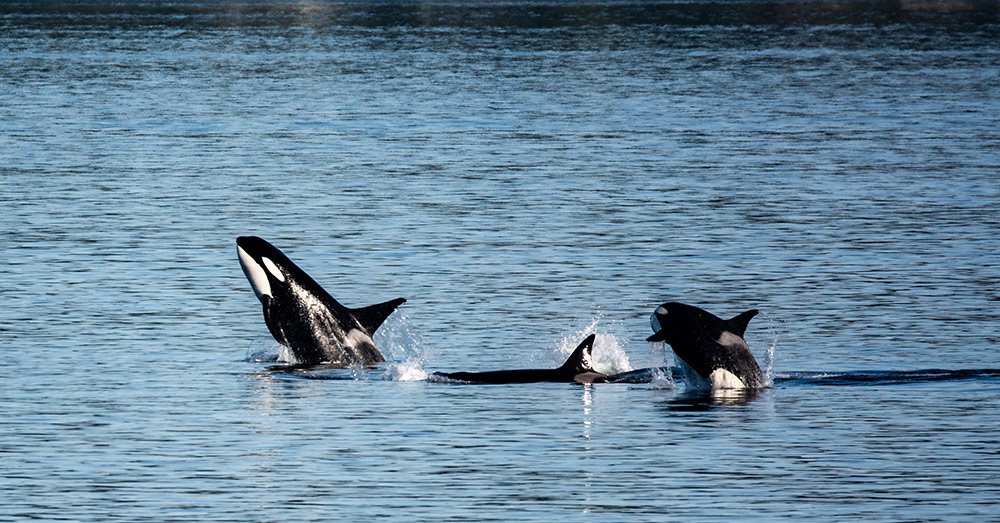 In January, Pitman’s team, including NOAA biologist, and Pitman’s wife, Lisa Ballance, was monitoring the waters near southern Chile when they came face to face with the rare whales. The discovery is still pending confirmation from DNA tests, but it’s been convincing enough for the NOAA, which published the discovery on Thursday, March 7. 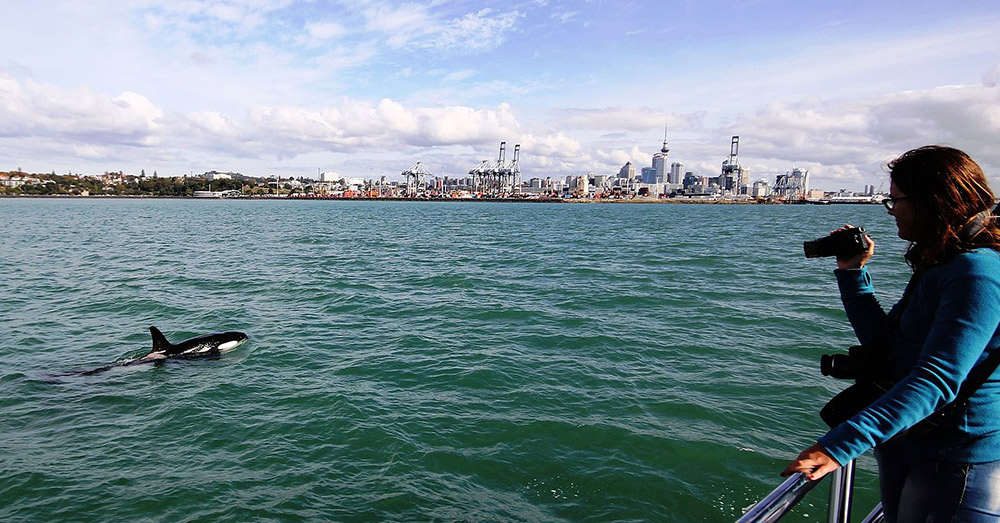 Source: Wikimedia Commons
Until recently, all southern hemisphere Orcas were thought to be the same species.

“I think it’s pretty remarkable that there are still many things out there in the ocean like a huge killer whale that we don’t know about,” Michael McGowen, marine mammal curator at the Smithsonian, told NBC News, though he was hesitant to support the claim of a new species. 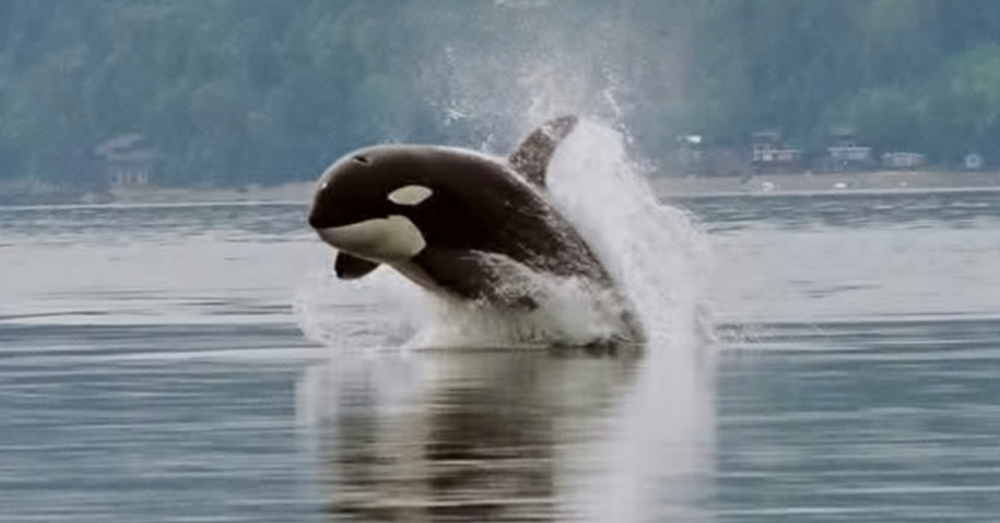 Source: Wikimedia Commons
A killer whale leaps out of the water when swimming—a behavior known as porpoising, in Hood Canal.

Killer whales in the Southern Hemisphere have traditionally been classified as all the same species, ranging in size from the largest, “Class A,” through smaller, “Class B” and “Class C, whales. The New Zealand killer whales would fall into “Class D.”

It’s perhaps their smaller size and increased agility that has kept them out of sight for so long.
“For 14 years I was looking for these guys. I finally got to see them,” Pitman said. “The type D killer whale lives in the most inhospitable waters on the planet. It’s a good place to hide.” 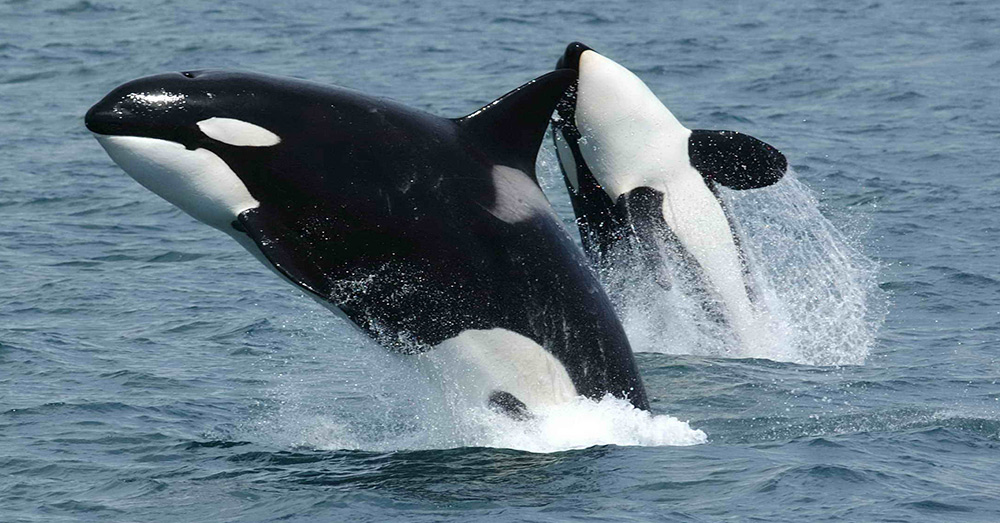 Source: Pexels
The New Zealand killer whales were discovered off the coast of Chile.

Whether or not the New Zealand killer whales belong to a new species of Orca or not, the discovery is auspicious. Especially for those who made it.

“I guess I know how Ahab felt, but for a good reason,” Pitman said.

See The Rare Animals Your Donations Have Saved From Extinction: Click “Next” below!