Hope For Paws is an incredible rescue organization known for going to difficult places and saving dogs that many people wouldn’t even consider helping. But saving cats? That’s a new one!

A mama cat was stuck deep inside a drain pipe. Her cries were heard by locals and they called for help. Hope For Paws came to see if they could be of assistance. They used a flashlight to peer into the pipe…

And there was a sweet and very scared cat in need of a big rescue! 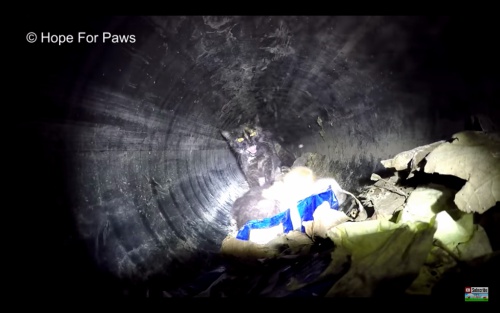 The rescue team devised a plan, first using a remote control truck and a camera to get a better view. They drove the truck into the long, narrow pipe and found a surprise. This cat wasn’t alone! She was a mama cat with a litter of tiny, crying kittens!

The situation was much more dire than they had thought! It was only a matter of time before the pipe filled up with water and the whole family drowned! But how were they going to get all the cats out without harming them?

First, they worked to rescue mama. They fastened a device that looked a lot like a giant piston. It had a padded end so no one would be injured. They pushed it through the pipe and mama cat, totally freaked out, came out the other side. 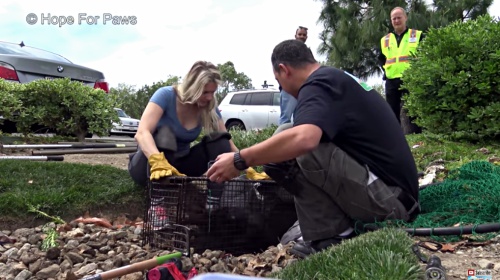 Next, the team worked to get the kittens. This wouldn’t be easy because they’re so tiny! But the team cleverly used the debris inside the pipe to shield the kittens from harm. All four were rescued safely. HOORAY! 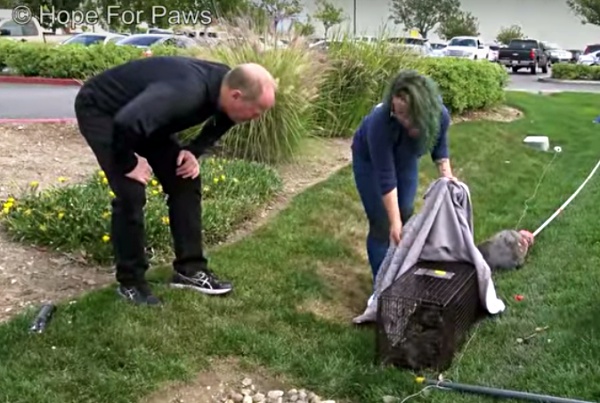 The giant scary drain pipe was finally a thing of the past but there is still a long way to go for this cat family. They will still need a forever family. But for now, they are safe and sound with a foster mom that was actually one of their rescuers! 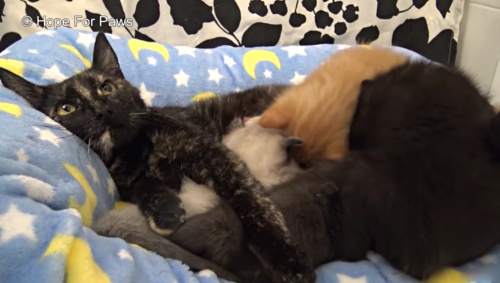 Be sure to watch the incredible rescue below. I was at the edge of my seat the entire time!