As Marine pilot, Maj. Brian Dennis showed off his dog Nubs to TODAY’s Meredith Vieira on Monday, May 13, it was hard to separate his story from the cold reality of war.

Viewers could plainly see, the dog’s name was fitting, and specially chosen, because his ears had been cut off to nearly nothing. Iraqi soldiers commonly performed this surgery on dogs, giving an attacking canine less to bite onto. Nubs is no ordinary mutt, however, and his story is as inspiring as they come.

Dennis first met the dog in 2007, while working at a border fort in Iraq, TODAY reports. 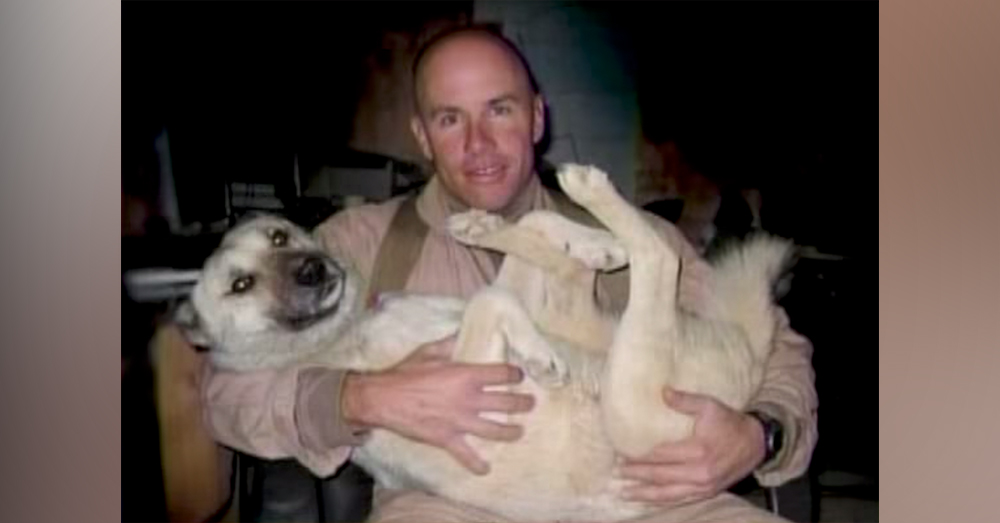 Nubs belonged to a pack of wild dogs who would alert the Iraqis to danger if anyone approached the base. The life expectancy of such dogs is short, and Dennis came to realize this first hand when, while out on patrol, he found the dog badly wounded.

“He had a big wound on his left side,” Dennis told Vieira. “One of the Iraqis told me that one of the soldiers had gotten mad and stabbed him with a big screwdriver. He looked terrible. We didn’t think he was going to make it. He was all infected. It was bad.” 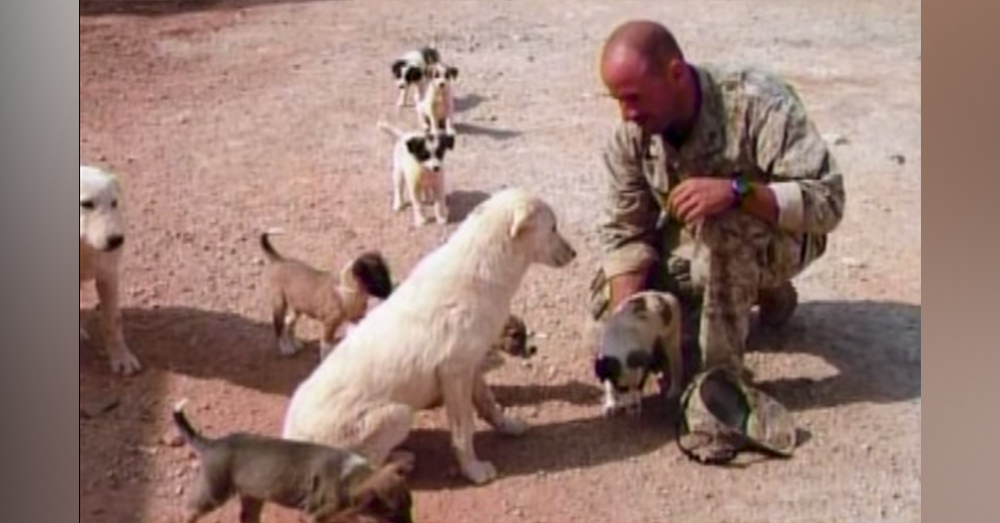 Source: YouTube/gina
Maj. Dennis found Nubs outside of a fort he was stationed in while serving overseas.

Dennis brought Nubs back to base and treated his wounds. He didn’t think the dog would survive the night, but his assumptions were proven wrong over the following few days.

Dennis was forced to leave Nubs behind when he was assigned to a new fort 70 miles away on the Iraq-Jordan border. But, as a Humvee drove the Major to the next base, the dog followed.

“One of my Marines came running in and told me, ‘You’re not going to believe who’s outside.’ I thought he’s talking about a person. I’m like, ‘Who’s outside?’ He’s like, ‘Nubs is outside.’ ” 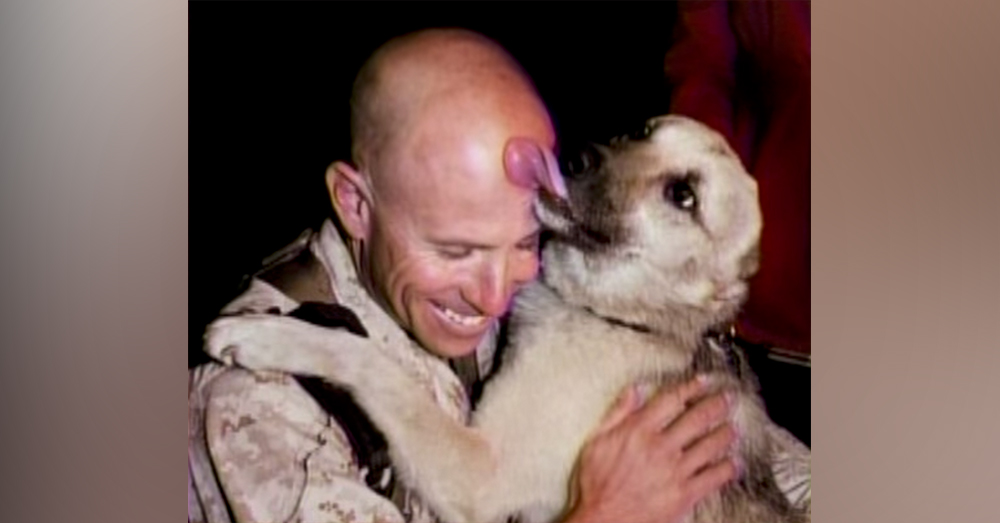 Unable to believe the Marine, Dennis went outside to check for himself.

Nubs had taken the 70-plus mile trip, too, all because he loved his new friend.

“I go running out there and he just jumps up on me and was going crazy,” Dennis said. 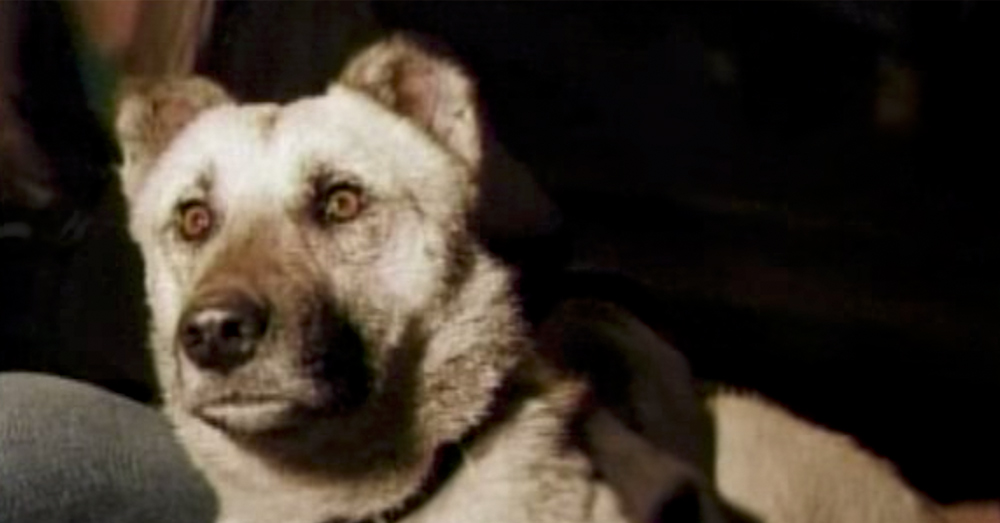 It’s unclear how Nubs actually found the fort, as he couldn’t have seen the Humvee the entire time.
“But he saw the direction we went, and he just took off in the direction we went; 70, 75 miles or so is how far he ended up walking, and he found our team,” Dennis said. “It was just the craziest thing when he walked up. It was just amazing.”
Nubs became a for mascot of sorts, with his own dog house and plenty of new Marines to play with. All was right in Nubs’ world, until command came down from a superior officer.

Dennis was ordered to get rid of his dog. 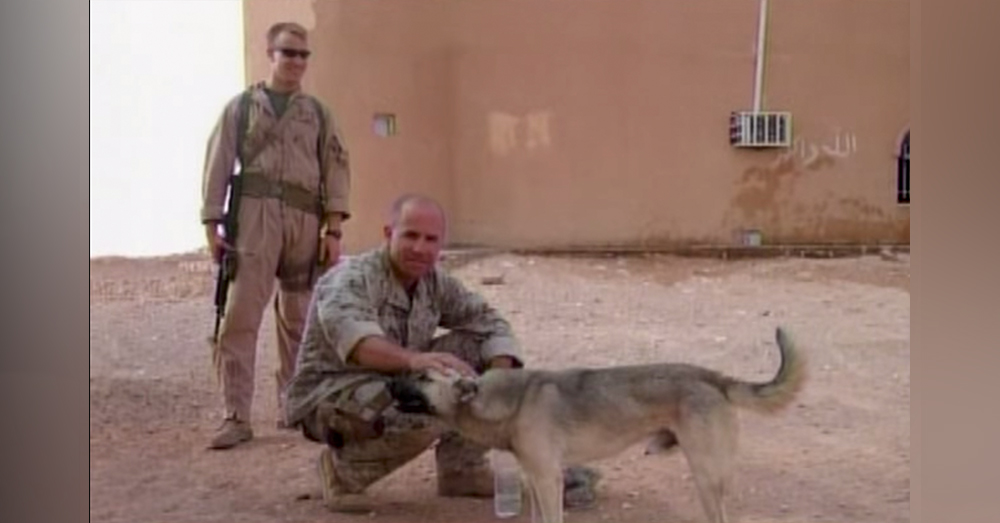 Source: YouTube/gina
After Maj. Dennis was ordered to get rid of the dog, he found a way they could remain together.

Maj. Dennis wasn’t about to leave Nubs in Iraq. He sent word home to his family and friends in San Diego. Eventually, the news caught wind of Nubs’ story, and shared it online.

Shipping the dog home would cost at least $5,000, but once the story went viral, Dennis found more than enough support to cover the costs.

“The response was overwhelming,” he said. “So many people wanted to help. It was pretty cool.”

Nubs was checked out by the royal veterinarian in Jordan, sent Stateside to Chicago, then to San Diego. There, a friend of the Major’s cared for Nubs until Dennis could return home a month later. 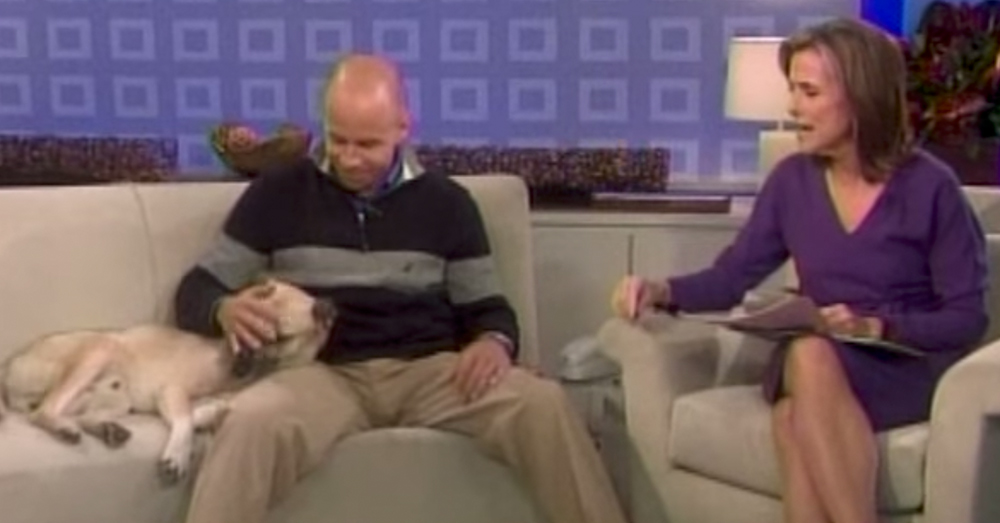 Source: YouTube/gina
Back in San Diego, Nubs and Dennis are together again.

“A lot of soldiers and Marines end up connecting with dogs out there,” Dennis told Vieira. “I heard from a lot of people who’ve been in Vietnam and even World War II. I guess it’s an escape. People who are dog people, they just get it. The dog comes running up to you with his tail wagging. It was an escape from the drudgery, the mundane life out there, the bad things you see at times. It was an escape and now it’s a friend.”

As inspirational as Nubs’ story is to adults, it’s now also the subject of the children’s book, “Nubs: The True Story of a Mutt, a Marine & a Miracle,” published by Little, Brown Young Readers.