He Was Badly Neglected For A Lifetime, But His Desire To Live Was Greater Than His Weaknesses

Norman the Pit bull did not have an easy start to life. He was neglected for all ten years of his life and had been severely abused. He had skin infections, was covered in scabs, and missing most of his hair. He was extremely emaciated and so weak that he could barely stand up. But despite all that he had gone through, he has never once lost his will to live, and never stopped wagging his tail. 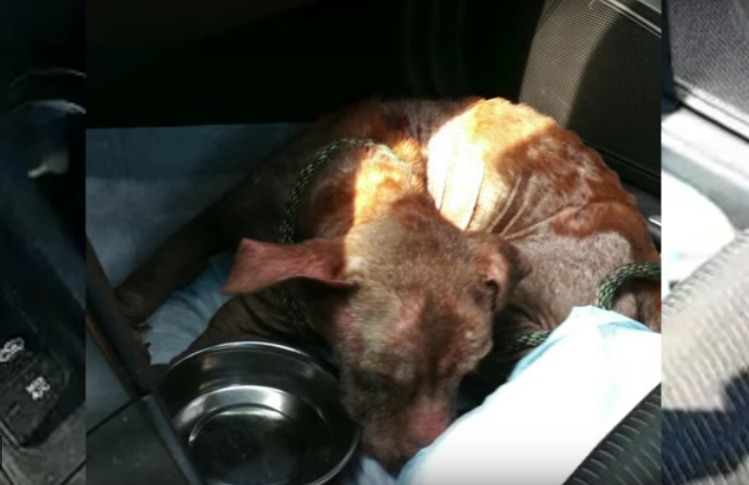 AMA Animal Rescue brought him food and he ate it all immediately. You could tell how starving he had been. They carried him into their car and brought him to get help right away. He was brought to their animal hospital at Noah’s Ark, where vets gave him IV fluids. It was also confirmed that he was deaf and mostly blind. Give his horrible condition, they weren’t sure if he’d even survive. But with each passing day, Norman defied the odds. After months of care, he packed on pounds and gained the strength to move around.

After his health had improved tremendously, Norman found his furever home! His new human renovated her home with special stairs that Norman could walk on. He now has a big backyard to play in, and someone who will give him all the love in the world!