She Was Taken Away From Her Puppies And Left At A Shelter. When They’re Reunited, So Heartwarming!

A Pit Bull mix named Noelle was brought to a Canadian shelter by someone who said he had found her as a stray. Shelter staff suspected he was actually the owner. Noelle’s mammary glands were engorged with milk, a sign that she had just given birth to puppies, but there was no litter in sight. 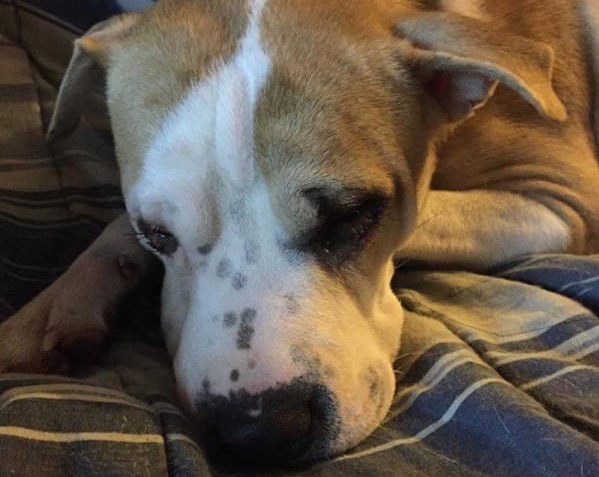 When Noelle was left at the shelter, she was malnourished, dirty, and had showed signs of abuse. She seemed to be suffering from anxiety and depression, and the shelter staff thought it was due to being separated from her babies. 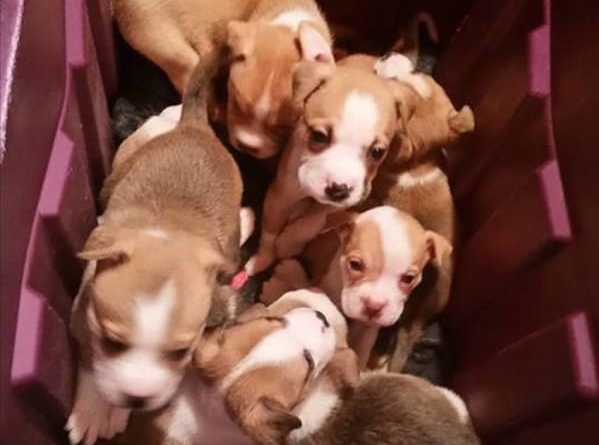 K9 Crusaders, a rescue group, took Noelle out of the shelter and began the process of trying to get her back to full health. But the rescue group didn’t just want to get Noelle healthy again, they wanted to reunite her with her puppies. So they did what they could to try to find them. 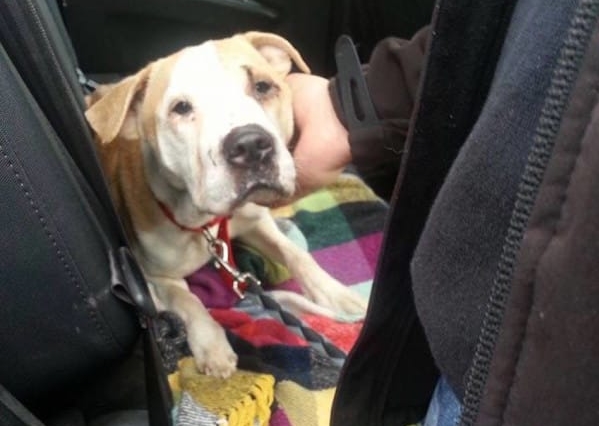 They came across a photo online of Noelle in a car with her head being lifted up by an unknown person. Then, they saw a listing for puppies on an online sales forum. The listing had a photo of 8 Pit Bull mix puppies, along with a photo of Noelle nursing them.

The post claimed that their mother had died after giving birth. After looking up the person who posted the ad, they found that it was the same person who had dropped Noelle off at the shelter, just as they had suspected. 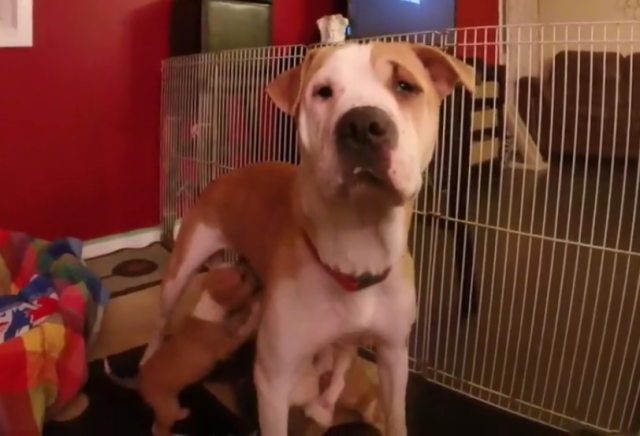 K9 Crusaders contacted the man and negotiated a mass purchase of the eight puppies, who were only 5-6 weeks old and far too young to be separated from their mother. Thankfully, the man agreed to give them all of the puppies.

In the video below, you can see mama Noelle reuniting with her puppies! It was such a sweet and heartwarming moment. Noelle finished nursing her pups until they were old enough to be weaned. All eight pups, named Annabelle, Mia, Oliver, Leia, Jake, Caro, Joey and Holly, have all been adopted, along with Noelle! The circumstance was sad, but thankfully they all got a happy ending!