An NFL Player Walked Into A Shelter To Adopt A Dog, But Under Only ONE Condition…

Baltimore Ravens rookie offensive tackle Ronnie Stanley visited the Baltimore Animal Rescue and Care Shelter (BARCS) this past weekend with his girlfriend and teammate Alex Lewis, and wound up leaving with a furry new best friend! 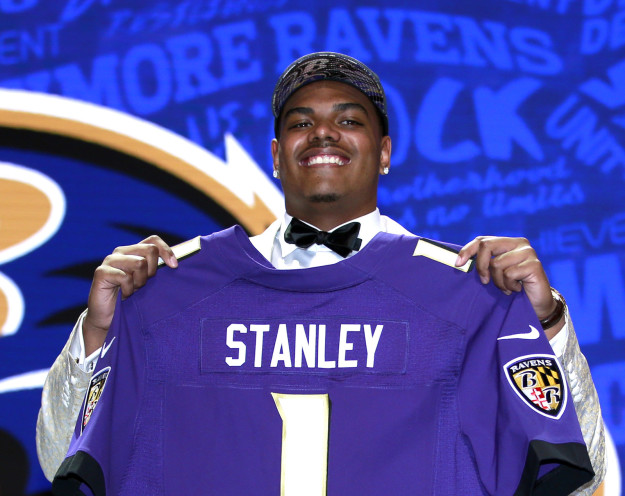 But they didn’t want to adopt just any dog, they had very specific requirements. They were looking for a dog that “has been here a long time” and was “not-so-adoptable.” BARCS was thrilled to here this. 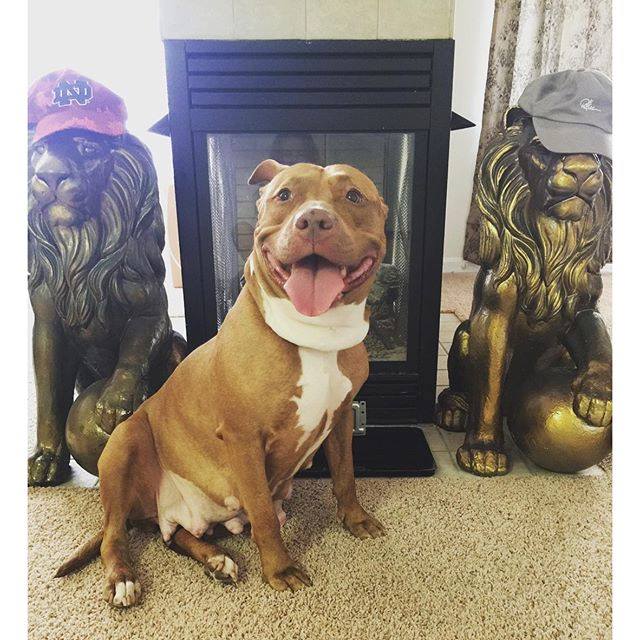 Stanley met a few pups, but absolutely fell in love with a six-year-old dog named Winter. Winter was found on a vacant property on a hot day with no electricity or open windows. She was dehydrated, scared, and had a loose belly, likely due to overbreeding. Dogs like her are often overlooked in shelters, but not by Stanley! 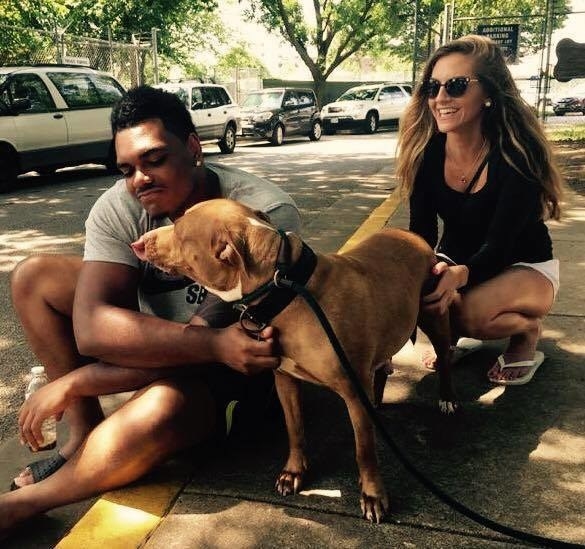 Stanley says Winter is very loving and protective and is a great addition to his family. “Other than saving Winter’s life, the fact that he came down and adopted her set a good example for people who look up to him as an athlete.” BARCS spokeswoman Bailey Deacon told Buzzfeed News. “He didn’t just save her life, he saved the life of so many other pets.” 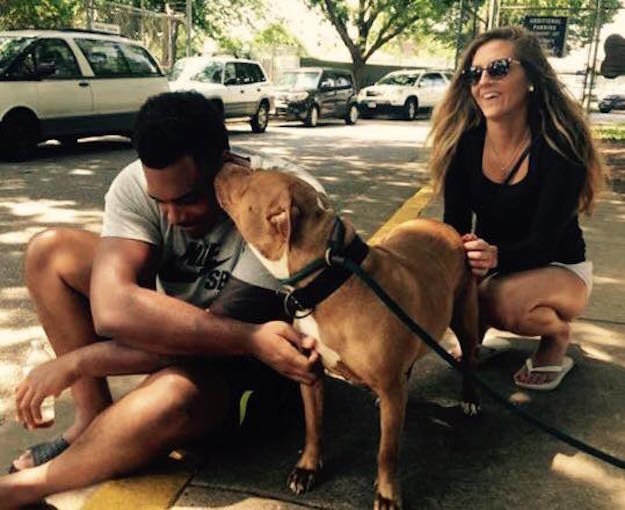 Stanley renamed the dog Lola, and has kept in touch with the shelter’s adoption counselors for advice. “I think it’s so special when the dog meets their person and gets to trot right out of here,” Deacon said. “That’s why the pictures were so blurry, because all she wanted to do was kiss his face, and it seemed that’s all he wanted to.” 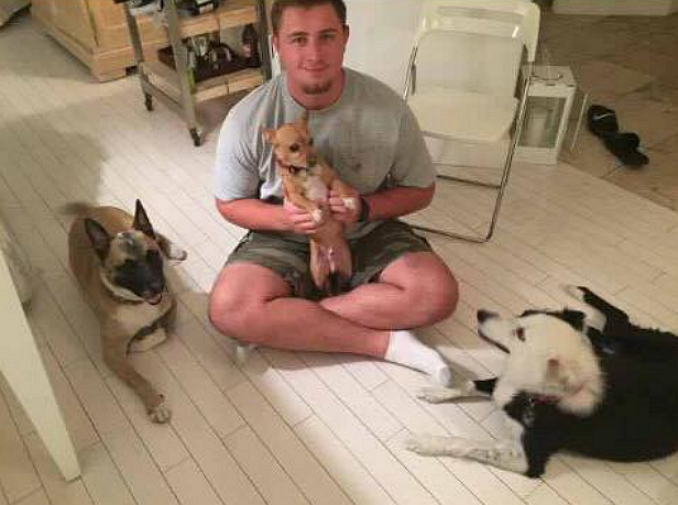 Stanley’s teammate, Alex Lewis, who came to the shelter with him, is also a big rescue advocate. He volunteered at his local animal shelter while he was in college, and his mom says that he is the reason his whole family adopts instead of shops.